What’s Great About Living In Ecuador? 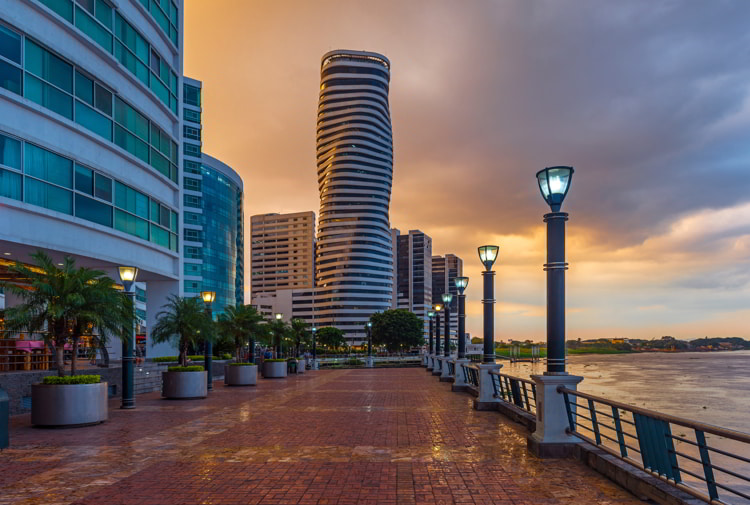 What’s Great About Living In Ecuador?

I was downsized, and I had a baby on the way, so I went into the army. After two years, I was offered a better job with army intelligence. Now I was wearing a suit every day.

Then I was a military instructor, until a training accident.

At that point, I went into marketing and business management. I did really well, made a ton of money, and hated it.

I moved my family to California, became a hospital administrator, and got sick quick of calls about gang fights in my hospital.

Then my wife came to me one day with an idea.

She went on and on (as women can do… and I’m allowed to say that after two wives and three daughters), citing all the reasons, in great detail, why our life wasn’t what we wanted it to be.

Finally, she got to the point. She wanted to sell everything and move to Ecuador.

So we did. Within six months of my wife suggesting the idea.

Crazy, right? But that’s the truth. That’s the story. We moved our entire family to a new country based on my wife’s whim. Within a year of that day when she laid out her plan, our lives had made a 180.

And I’m here today to tell you that it was the best thing we ever could have done. We got jobs here in Ecuador within 24 hours of landing—my wife as an English teacher and me teaching English, as well, but to military personnel.

Growing in our backyard are coconut trees, banana trees, mango trees, and almond trees. When we want breakfast, we go forage in the yard.

We found a house to rent in Guayaquil for US$720 a month. A nice house with a great yard. When my daughters’ school wanted to throw a party for 120 people, they asked if they could use our house. That’s how big it is, for that price.

I have no car. A bus ride is 25 cents. I wouldn’t dream of driving in Guayaquil. That’s most residents’ biggest complaint about the city.

Something you should know about taking the bus, though. A bus won’t stop for a guy. If you’re a guy, you have to prove your machoness every time you take a bus ride. You have to kind of jump on and hang off. They do slow down… slightly. But, I’m not kidding, you have to jump and grab on as they pass.

Don’t worry, ladies. The drivers will stop for you. They wouldn’t dream of insulting you by making you hop or run. I have to say I’m jealous of this. I wish I didn’t have to prove how much of a man I am every time I want to take the bus!

The locals like to rent to North Americans because we pay our rent. They want you as a tenant, so they’re willing to work with you, for instance, on repairs.

What else can I tell you about living here? Ah, the Año Viejo Doll…

On every street corner in every city, for the month or so before New Year’s Eve, you’ll see a hollow doll. You’re meant to drop a dollar or whatever into the doll every time you pass by.

On Dec. 30, each city empties the dolls and uses the money collected for the local New Year’s Eve party.

Then they fill the dolls with every kind of combustible they can find, and, at midnight, they blow them all up all at once.

Imagine it. On every single street corner in every city, these dolls are blowing up. You can’t hear or see anything until well past 1 a.m.

On Jan. 1, Guayaquil airport is closed. No flights in or out, because the city looks like a battlefield from the sky…