Yet Another Reason Why A Second Residency Is So Important 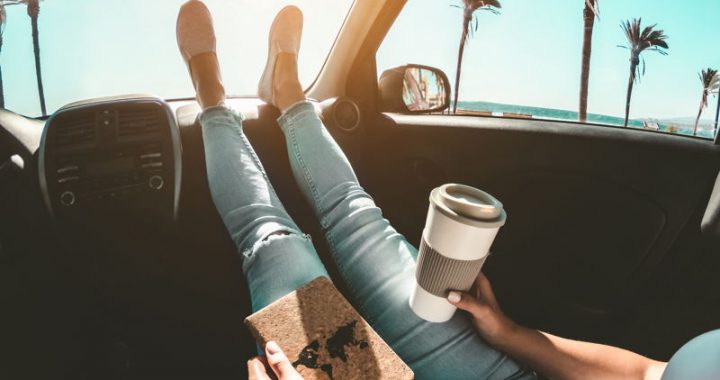 Yet Another Reason Why A Second Residency Is So Important

One of my most well-traveled editors is the definition of a digital nomad. She was based in Panama for a while, working out of our Panama City HQ, but—before and since—she’s more of a leaf in the wind. She might land somewhere for a short while, but you never know where she’ll end up next.

While she relishes the freedom of this lifestyle, it sometimes puts her in an inconvenient administrative position.

She shared her most recent round of rootless woes in today’s, hot-off-the-virtual-press Simon Letter issue. The story is such a good cautionary tale and testimonial for lifestyle diversification, I felt more readers might benefit from an excerpted version of her experience…

Distress With No Fixed Address: The Dangers Of Perpetual Nomadism

Over the past five-or-so years, I’ve moved from country to country, rarely spending enough time in a place to require more than a tourist visa.

I’ve lived out of a suitcase, opted for pay-as-you-go cell phone plans, and rented accommodation on a short-term basis everywhere I’ve been. I’ve also avoided accumulating things that could tie me to a certain place: possessions, tangible assets, fixed-term contracts, etc….

Although that type of lifestyle isn’t for everyone, it’s worked for me… until recently.

About two months ago, I was hit by a perfect storm of personal-administration woes. My passport was down to its last stamp-free page and needed to be renewed. My driver’s license and credit card were about to expire.

My bank was blocking me from taking certain actions until I could receive a confirmation text on my cell phone, but the number they had on file wasn’t mine. PayPal had me on perpetual freeze.

These are normal problems, and most people would be able to sort out them out easily, if not with a bit of hassle… My case is special, though, because I have no permanent residence, and I’m not a resident of any country.

I’m Canadian but was born and have lived most of my life elsewhere. None of my immediate family lives in Canada, so I don’t have many reasons to go to my country of citizenship…

In this case, a trip back was inevitable…

As soon as I got to Canada, I went about renewing my passport—the key to my lifestyle. I invested in a 10-year passport in 2014 but used 28 of my 29 stampable pages by March of this year. Some countries won’t give you a visa unless you have a certain number of blank pages available, so early renewal was my only option.

The first roadblock on the passport-renewal application was, “What is your current home address?”

I don’t have one.

The next was, “What’s your phone number?”

I don’t have one of those either…

They also wanted to know the past two addresses I’ve held, which were in Colombia and Panama. Neither country has formal addresses; nothing that Canada could make sense of.

The process was roughly the same when it came to renewing my driver’s license… an essential piece of ID, even though I don’t drive much.

PayPal is equally problematic: To regain full access to my account, I needed to submit my most recent tax return. But I haven’t been a tax-resident in Canada for years.

Nobody likes dealing with bureaucracy, but years being on the go made the process especially cumbersome and expensive for me…

To avoid finding myself in that situation again, I decided to be more than a tourist in the next place I lived and called upon my ancestry to set up a second residency.

I’m lucky to have that option, but I don’t see anything wrong with the way I was living before. I’ve always paid my own way everywhere I’ve been, and—although I’m not tied to one place—I still require the same financial services that any other person would.

Not having a fixed address doesn’t mean a tendency toward criminal behavior, either… I haven’t broken any laws, yet, at every stage of clambering out of my administrative quagmire, I felt like some sort of non-person.

People with itinerant lifestyles should be prepared for major inconvenience, especially if you find yourself in a perfect-storm situation, like I did. If keeping a permanent address is a viable option in your go-overseas plan, I recommend it. If not, a second residency is also a good choice.

***
You may never find yourself in the same situation as Sophia… or get close to having all the pages of your passport stamped. But isn’t it nice to have the freedom to move about… wherever and whenever you choose? Or to have another base to turn to when one administration is giving you administrative hassle?

But your personal freedom depends a lot on your assets, too. You want to make sure all your interests are not based within United States borders… and tied to the U.S. dollar.

So, also critical to our agenda this coming Oct. 9–11, in Panama City, is how to move at least some of your wealth offshore… and allow it to grow… all in a way that’s 100% legally compliant.

Our Offshore Wealth Summit is always a sellout… and seats are already disappearing fast. Don’t miss out on your only chance this year to be in the room with our full offshore team… and make your plans for a future that will give you and your loved ones more freedom, safety, and wealth.

To join Lief Simon and his team of top offshore experts in Panama City this October, go here to reserve your seat for the lowest rate we’ve ever offered, only US$495.