Expats Lessons After Moving Overseas: The Challenges You Will Face 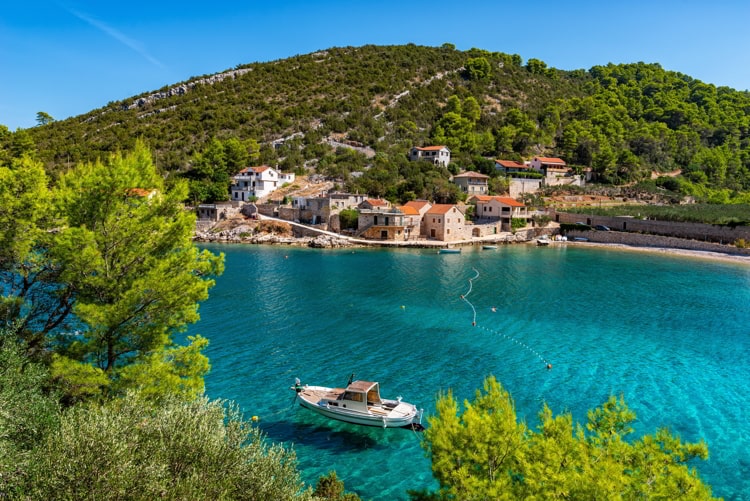 Expats Lessons After Moving Overseas: The Challenges You Will Face

Last week I began telling you about the biggest aspects of moving overseas—the things that, in my experience (with five international moves under my belt), are the most significant hurdles and issues you need to prepare yourself for when you think about making a move to Europe.

We’ve already looked at what to take and what to leave… and adjusting to your new environment.

This is getting used to the people and the way they live.

How friendly do they seem, is small talk done or not? Meal times are likely to be quite different. The French have set meal times: lunch at 12, a snack at 4 or 5 p.m., dinner no earlier than 8 p.m. It’s hard to find food between 2.30 and 5 in France, so you have to make sure you don’t miss lunch. Spaniards might not sit down for dinner until 10 p.m.

Business hours can be erratic, too. In Europe, the lunch hour is still worthy of closing for. Many regions all over the world still practice siesta hours, working until lunch and then closing until early evening. In Europe and Latin America, no work is done on Sunday. In Europe, banks might open for a half day on Saturday if you’re lucky. In Latin America, working on Saturdays can be the norm—I’m not talking about the service industry, I mean office workers.

And the rest of the world does holidays differently, too. Most of Europe shuts down for the month of August, and everyone vacations. In France, school holidays are six weeks on and two weeks off, so many families travel every six weeks. The rest of the world not only uses all their vacation days, it would never occur to them to work through a holiday.

And, of course, you’re often going to be living in a new language in your new home.

Another of the big culture shocks that you’ll have just about everywhere in the world?

The customer is not king. Customer service is at its best in the States, and can be non-existent in other countries. This is, of course, a gross generalization, but you take my point.

When it comes to adapting to culture, just be flexible and lighten up. It’s advice I wish I could better take. Get out of your head, don’t take yourself, others, or interactions so seriously. Just take it all as it comes. And laugh at yourself.

Everything you went through was to get to the good part.

Honestly, it will likely take more than a year for you to really, truly, fully appreciate your new life.

Thinking it through, I’d say in the first 12 months living in a new place, you go through all the stages of a rollercoaster relationship. You arrive in the honeymoon phase, and everything has a shiny gleam to it. Everything is novel and fun and reality hasn’t quite sunk in. That can last anywhere from, say, a week to three months, depending on how much you try to accomplish right off that bat.

Then, from months three to nine, give or take, you might really question this whole thing. In my metaphor, these are the divorce hearings. You wonder how you could have ever been so crazy as to move here. Why had you ever thought this charming? You start to doubt it all. You might even start to look into moving back. Or at least think about it.

But if you stick it out a few months longer, you both pull through, and you realize one day, in a flash of a moment while doing the most mundane of things, that you are blissfully happy. You look up at the architecture or you see a parrot in a tree or whatever it is that reminds you like a lightning bolt why you fell in love in the first place. And you can’t help but smile.

I told you my story in a nutshell last week, so you know I waited over a decade to return to the city I love most in the world. I had moved a half a dozen times, and I had gone through all these stages in each place. I felt prepared and knew what to expect. I never thought I would feel that what-have-I-done panic about moving back to Paris… but I did. I should have known you can never escape that would-be regret. I now think it’s inevitable.

I had only been here five months before I found myself pregnant. I intended to have our lives more set up before we threw a spanner in the works. And my pregnancy wasn’t great. So I was a new arrival, had barely settled into an apartment a few weeks before morning sickness set in, without family or friends, trying to relearn the language that I was so rusty in and reacclimate to the culture that was now foreign again. It wasn’t a great time. And for the first time since I was probably 10 years old, I wished desperately to move back to the States.

Of course, that wouldn’t have helped me, I would have had to reacclimate in all the same ways there. But I panicked. And it’s only been the last few months that I feel I’ve come through to my final, fourth point: absolute appreciation.

I’ve had several moments where I grinned like a fool on the street realizing all I had. I am so excited that this is my real, every day, normal life. It’s like a dream. And whenever I have a moment of doubt or frustration, I just think back to those moments.

One bonus piece of advice:

Never stop being a tourist, but don’t act like one.

Do all the tours, go to all the sights, eat all the stereotyped food, and enjoy your new home like every day is a vacation. But go further. Don’t stop at the café right next to the famous site. Go down the alley and find the hole in the wall. Talk to the waiter in the local language. Try something just because you’d never heard of it before.

Always keep the wonder of your new home alive, but always dig deeper.

Meantime, remember, these are some of the aspects of a move to a new country that we address and prepare you for during our conferences. If you’re at the getting-started stages of moving overseas, the best thing you can do for yourself is to join us in September for our 5-day Retire Overseas Virtual Conference.

Join us for our virtual Retire Overseas Conference this year, and you’ll have the benefit of not one, not a dozen, but 54 experts and expats from all over the world. These folks, whom we’ve known, in some cases, for decades, are bona fide authorities in their respective areas—they’ve done it all, seen it all, helped with it all.

And they’re all coming together for our biggest ever ROC event to dedicate their time to you and your questions, to make appointments for consultations, and to help you further your live-overseas goals.

And, remember, as a LIOSC reader, you get US$50 off this and any other event you sign up for.

Sign up here now to join us in September.