The Most Comprehensive Guide To Obtaining A 2nd Passport 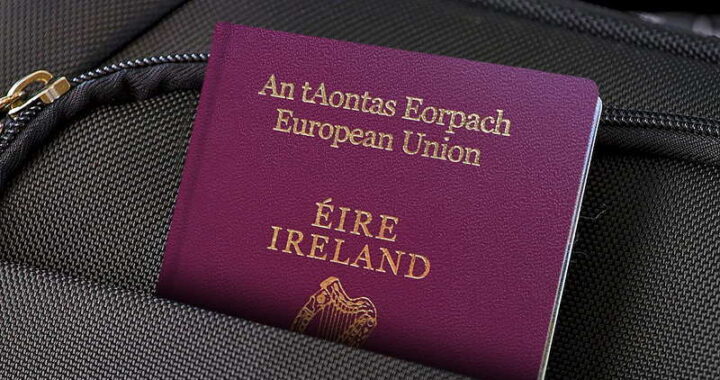 The Most Comprehensive Guide To Obtaining A 2nd Passport

It’s Time For A Second Passport

One of the biggest annoyances of my life is that my whole family has second passports—EU passports, no less. Despite living overseas most of my life—including significant time in Ireland, France, and Panama—I still hold only my U.S. passport.

My stepdad Lief calls this oversight one of his very few regrets in life. I lived in Ireland long enough to be naturalized. But because of administrative errors on our part—basically, not knowing what we didn’t know at the time—I missed out on getting a pretty, harp-emblazoned passport.

It means that my recent return to France (where I’d lived in my late teens) wasn’t as easy as it should have been. Had I held Irish citizenship, I’d also be an EU citizen. I could have moved to France and been able to slot myself into society without worrying about residency.

The real kicker is that this shortcoming isn’t limited to just one generation. Were I an Irish citizen, my husband could have applied for a passport by virtue of being my spouse, and we could have also applied for one for Ariadne, the latest addition to our family. We could have passed on this invaluable asset and all its perks and options to her… and perhaps even her children.

In recent weeks, this sore subject was prodded once again when my brother Jack tried to make his way from the States to France. Jack’s an American citizen due to his parentage… but he’s also Irish thanks to being born on the Emerald Isle. He bought a ticket to France from Baltimore (via Chicago and Frankfurt—thanks to COVID-limited flight routes) but got stranded in Chicago when United Airlines informed him that he couldn’t travel to France as an American.

Luckily, Jack had his Irish passport at hand. As a citizen, Ireland had to let him in. He booked a new flight to Dublin.

Once in Ireland, Jack had options. Had he been unable to get to France from there, he could have gotten a job and stayed for the summer. But, again, he got lucky. EU borders had just cracked open enough to let him cross over the Channel.

Sure beats being stuck in Chicago where he doesn’t know a soul and most accommodation is shut down.

Had it been me in that situation, I’d have been stuck. Just goes to show that you can have all the means in the world, but if no one will let you cross their threshold, you may as well be homeless.

As the EU eases restrictions on international travel, citizens of the United States and Brazil remain on the blacklist. One of my LIOS colleagues has not just a Brazilian passport but also Panamanian and Nicaraguan documents. She may not be allowed into Europe on her Brazilian passport, but using her Panamanian one, she’d still have a shot.

In today’s world, it seems more prudent than ever to have a backup passport. So many countries are banning entry from others that having more than one nationality greatly broadens your potential travel options.

If you’re thinking about trying to get a second passport, there are several ways to do so. The easiest is through genealogy. If you have parents who were born in another country, you are likely able to apply for the same passport. If you have grandparents—or even great-grandparents in some cases—who were born in another country, you may also be eligible for that citizenship. And, in some rare cases, if you have ancestors who you can trace back to a foreign country, you may be able to take advantage.

Another way to gain citizenship is through naturalization—being resident in a country for a certain period of time. If you’re planning to live overseas, why not opt for a residency route that can lead to a passport? That’s a goal for me and my family here in France.

Finally, you can outright purchase citizenship in some countries that offer this option. Whether by donation or investment, some countries allow you to make some kind of contribution to their economy in exchange for a passport.

Citizenships that are hereditary can work in both directions. You can get them from your parents, and you can often pass them on to your descendants. However, it’s worth keeping in mind that citizenship not only offers you more freedom in life, it can also require more obligations.

Some countries require all citizens to vote… some require military service… some restrict travel to countries they deem enemies. And these obligations are likewise hereditary. So while you may not qualify to be called up for service, you should make sure you understand how these obligations may be passed on to your children.

As long as you understand all the caveats, the pros generally outweigh any cons. But, as with all things, knowledge is power.

This important area of citizenship is something we cover in more detail at our LIOS events—where we have experts to advise you on your options.

At this week’s Live and Invest in Mexico Virtual Event, for instance, we’ll walk you through everything you need to know about living the good life over the border… including how to establish legal residency and work toward a second passport. (There’s still time to grab a virtual seat here.)

If enhancing your freedom is a personal goal, I’d recommend checking out our Offshore Wealth Online Summit. There’s a little time to go until we officially launch this event, but you can pre-register your interest here.

And, if you’d like to get started sooner rather than later—and explore your top options for residency and citizenship around the world—it’s worth checking out one of our bookstore’s most popular sellers: Passport To Freedom: The World’s Top Havens For Residency, Citizenship, And A Second Passport.

Inside this comprehensive kit, you’ll find details on no less than 48 destinations that welcome foreign residents… as well as your easiest routes to a second passport. Right now, you can save 60% off here.

I hope it won’t be long until we can roam the world as we did before. But, if COVID-19 has taught us anything, it’s to treat travel as a privilege rather than a right. Now is a good time to lay the groundwork, so you aren’t held back by the limitations of a single passport.