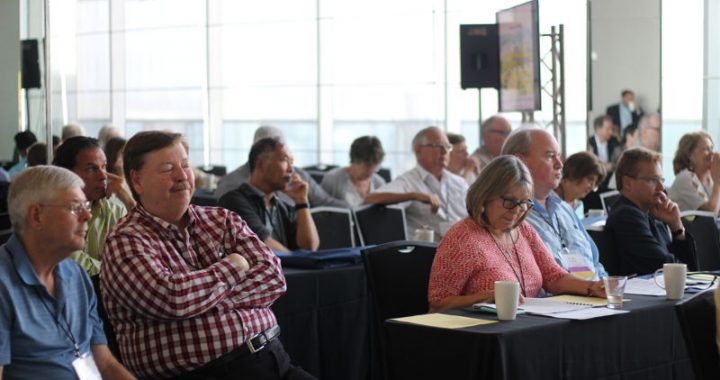 The Ultimate Survival Pack For Your Grand Adventure Overseas

I confess… I feel a little left out this week…

As I write, our ninth annual Retire Overseas Conference is in full swing in Houston, Texas, where all my far-flung colleagues and friends have come together to share what’s new from their corners of the globe. Normally I’d be among them, but this year I find myself grounded here in Paris thanks to a growing belly and an all-too-rapidly approaching due date…

Over the past few days, and right into tomorrow, more than 35 experts and expats from all over Latin America, Europe, and Asia are meeting with almost 200 attendees from all over North America (and beyond!) to talk retirement. Not just any old humdrum retirement, but retirement across borders.

Where to go? How to choose? How to execute? What about residency? Is it affordable? All this and more is being asked and answered by these intrepid folks over this annual four-day event. But this event goes beyond pure business talk…

During the several networking breaks built into each day, attendees and hosts chat, commiserate, and make new friends or catch up with old ones. At night, they gather for cocktail parties, dinners, and may even take a shot at matchmaking during the singles happy hour…

These informal powwows are just as valuable as the scheduled presentations—and they might be my favorite part of attending conferences.

For each person who is just opening their eyes to the opportunities the world has to offer—coming with lists of questions and a courageous spirit, there’s someone who has spent at least some of their time overseas already. There’s so much to learn from these plucky adventurers, and there’s always a good conversation to be had.

Having not been there myself this year, I offer some insights from one-time attendee Heather McClenahan who, instead of choosing one place to set down retirement roots, has since decided with her husband to spend the next three years traveling and living in multiple countries around the world…

Perhaps they’ll find a favorite place to stay in, perhaps they’ll become what we call perpetual travelers… either way, they have the adventure of a lifetime ahead of them.

***
My husband Bob and I have been considering retiring overseas for several years. With the big retirement date drawing near, we decided last year that it was time to get serious about figuring out how.

A four-year subscriber to Live and Invest Overseas, Bob proceeded to drag me, last September, not quite kicking and screaming, to our first Retire Overseas Conference in Las Vegas.

As someone who reads hundreds of emails over the course of 10- to 12-hour workdays, the last thing I want to do when I get home is read more emails. So, I admit, I haven’t been as active a reader as my husband. I wasn’t quite as on board with this idea as he was.

I also have to admit that I feared the conference would be something of a sales job, a marketing opportunity for those who wanted to sell “travel in a box” or get-rich-quick schemes.

I’m happy to report I was wrong and that I could not have been more pleased with the experience.

And I am not alone in that assessment. All the first-time conference attendees we spoke with not only enjoyed the conference but also felt like it gave them the tools and information they needed to embark on a new life overseas.

Gary, 68, is a retiree from Missouri. Like us, he attended the conference to learn more about the whole process of moving and retiring to another country. Rather than settling in one place, though, he became interested in so many places that he is considering becoming what Kathleen Peddicord calls a “perpetual traveler.”

What really stood out at the conference for Gary was the depth of knowledge of the presenters.

Way Better Than A Search On Google

“It’s not like a Google search,” he said. “The presenters really do have their boots on the ground.”

Gary was also impressed by how candid the speakers were, discussing both the pros and the cons of each location along with the realities of the process of getting there.

“They’ve covered everything I can think of,” he told me… “pre-planning, setting up a plan, implementing the plan…”

The conference was divided into large group workshops that addressed general topics and small breakout sessions that looked in-depth at individual countries. It started with broad overviews and then allowed attendees to drill down deeper as their personal interests directed.

Early workshops focused on big regions. What are the advantages of living in Latin America? What are some of the residency benefits of Europe? What is the weather like in Southeast Asia from June through September? And on and on…

The point was to help attendees get a general idea of where in the world generally they might like to live.

In addition, sessions on residency, banking, medical insurance, and taxes were incredibly useful. They answered important practical questions like why establishing residency overseas can be important, the tax advantages of having an overseas business, and what sort of documents are needed to open a foreign bank account.

Jack, another fellow attendee, is 50 and looking to move overseas in the next two years. He’s hoping to retire early. One of his big concerns is medical insurance. He will be moving with his wife and pre-teen son, who is homeschooled.

Jack came to the conference to “see what is out there” and was excited about finding a place with a laid-back atmosphere… “an easier place to live,” as he put it.

Jack felt the conference was fantastic in providing information toward those goals. He also realized he had a lot more to learn.

“For every one answer, I think of three more questions,” he said.

The conference also raised some concerns for him. Fees for international banking and residency, for instance, ran counter to what he hoped would be an opportunity to live more frugally overseas.

One of the most important comments from conference-goers had to do with how accessible the presenters were. They all spent their time between sessions and during breaks answering questions and providing more information. And, while the conference sessions stayed on time like clockwork, the speakers never seemed rushed or too busy to talk and answer the dozens of questions that came their way.

Of all the first-time attendees we met, Dora was the most enthusiastic. She visibly bubbled with excitement after every session.

Dora hopes to retire early and came to the conference to learn about moving overseas for a less expensive lifestyle. What she got really excited about, though, were the opportunities to invest overseas to fund an early retirement.

Each night after the conference, she told me, she would lay in bed with the brochures she’d collected that day… and then wake up, at 3 in the morning, even more excited and running the possibilities over and over in her mind.

Dora originally was looking to move to Latin America, but the conference opened up her mind to the idea of moving to inexpensive areas of Europe.

“Right now, I just want it all!” she exclaimed.

When her new investments begin paying off, Dora plans to visit Italy, Portugal, Spain, Panama, Mexico, and Colombia before determining where she wants to settle.

For Dora, the icing on the cake came at the very end of the conference when she won a drawing for a trip to Panama. It was her top choice for investing options, and she couldn’t be more thrilled with the opportunity.

Each of the 20 country breakout sessions featured a consistent presentation that included great pictures and video clips as well as monthly budgets including costs for housing, utilities, food, and entertainment. This allowed for a good side-by-side comparison of all the countries being presented.

I’m a note-taker and typed 20 pages worth of notes on my laptop over the course of the four days of the event. I really didn’t need to, though. Conference attendees get access to recordings of all of the sessions (what happens in Vegas doesn’t have to stay in Vegas!). This was very helpful, allowing us to go back and listen again to the nitty-gritty details that are so important as we begin our journey.

Kathleen began the conference by asking: What do you most like to see outside your window when you wake up every morning?

It’s a great consideration that really helped us narrow both the region and the type of place (beach town, big city, rural countryside) where we think we want to live.

How easy do you want your life to be?

That’s another important question, Kathleen explained, pointing out that the United States is the easiest place in the world to live.

If you lack patience and can’t get into a mañana state of mind, Latin America is probably not the place for you. As one speaker put it, you definitely want to “pack your patience.”

Several speakers talked of “location chemistry” and how arriving in a spot can feel like coming home.

Others said it took time and travel for them to find “the” spot.

And everyone pointed out there is no one or right way to go about this; everyone has to find his own way at his own pace based on his own desires for a better life overseas.

Another important point to remember is that living overseas is not the same as going on vacation. We were encouraged to “Get over your vacation mentality” and remember that daily life isn’t a holiday. Water heaters break down, roofs leak, repairmen don’t show up, medical emergencies happen, electricity goes out, and on and on.

Finally, realize that if circumstances change or things don’t work out and you either don’t end up going overseas or make a move but then decide to come back to the States, that does not mean failure.

This is a phase of life like any other. It might turn out differently than you expected, and that’s OK.

One of the most fun and useful sessions was the final Q&A.

Each day, we were encouraged to submit questions on the notecards we had been given at registration. Then, for the final hour of our final day together, Kathleen convened a panel of key speakers on stage for a rapid-fire Q&A session. The topics ranged from gun ownership to pet transportation and everything in between.

Like Gary, Bob and I found the conference opened up new possibilities. Rather than feeling like we must tie ourselves down to one location, we are now looking to explore many locations in Latin America and Europe.

And the best part is that we feel like we have the tools and the contacts we need to move forward into this exciting next phase of life.

Lee Harrison, one of the Live and Invest Overseas editors, summed up the conference with this final slide for the final session of the event:

This is the adventure of a lifetime. Enjoy it!

We and the other first-time conference attendees we met are on our way to doing just that.