How To Make New Friends When You Move Overseas 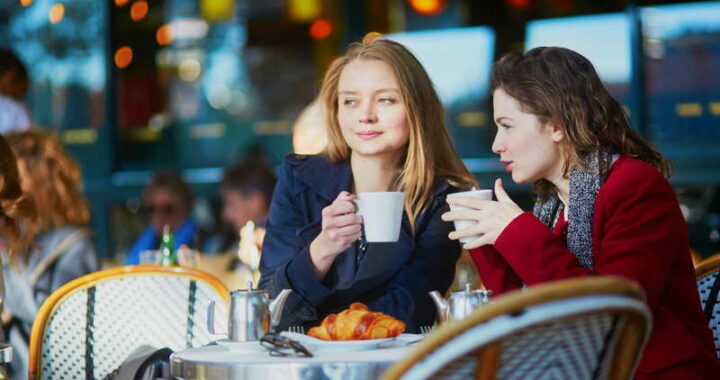 How To Make New Friends When You Move Overseas

Your friend group back home was likely built over many years, maybe even decades… numbering a few friends from college, perhaps… some from jobs over the years… a handful you met through parenting… and those you’ve met through your interests and activities, like church, yoga, reading groups, etc.

Then you move overseas… and suddenly you’re all alone. It can feel disheartening to have to build your social life over from scratch.

It’s even harder if you’re retired and don’t have a job that gives you the opportunity to be in close proximity to people every day. Even if work friends aren’t your best friends, a job is always an easy way to meet at least a couple of people you have something in common with. I work from home, so I have this same problem.

You won’t make a dozen new friends overnight, or even in the first year. It will take time to get back the level of engagement you had before. But, with patience and effort, it can be done.

The first way I made a new friend in Paris was through walking my dog. But it was an unconventional friend to make…

I walked in the same park near my apartment every day. And, after a while, I started to recognize the same faces. Called “SDFs” (sans domicile fixe—without a fixed home), the homeless community in France is a well-protected one. SDFs get a check every week as long as they meet certain circumstances, and they can’t really be removed from wherever they decide to set up.

The park by my place was filled with SDFs, and I always smiled and said hi to those I saw every day. After a while, a few of them would strike up a conversation with me. Many were from the Caribbean, and having just moved from Panama, we could talk about this part of the world together. One, Rodrigo, from Guadeloupe, I saw and chatted with often. When I got pregnant, he always asked about my health. And, after Ariadne was born, he always asked how she was.

One day, in a thick haze of new-mommy fog, I lost my dog Bella. I called every agency that exists in Paris, covered the neighborhood in posters of her, talked to every shopkeeper and café worker, and notified every vet within a half mile. In the end, though, it was Rodrigo who found her and called me to deliver her…

Another SDF had found her wandering. He’d bought her the best dog food he could find and slept with her under his blanket under a bridge that night. Next day, he took her back to where he’d found her to see if he could find her owner or someone who knew her. That was when Rodrigo spotted and recovered Bella for me.

Lesson number one when you move to a new neighborhood: Make acquaintances of those you see every day. Store owners, the homeless, your neighbors… whoever.

It pays to be kind to strangers. Who knows what might have happened to Bella if not for my SDF connection. In the meantime, all the restaurateurs, store staff, and the neighbors in my building had seen the posters and asked after Bella when they saw me. I had never realized just how connected I had become to my quartier until then. And all thanks to a smile and a few pleasantries every day over the course of a year.

As for making true friends (as opposed to acquaintances)… that was a little harder. Our first breakthrough was Harry making an Australian friend in his French class. Of the same age, and the only two permanent transplants in the class, they became quick friends. Eventually, we began to get dinner with his girlfriend, too, and now we count them as a couple of our closest friends here.

This, I’d say, is the first thing you should do if you’re trying to make friends. Sign up for classes. Language classes are an easy one, because everyone needs to learn the language of their new home, so you’re likely to meet other recent arrivals in your same position, i.e. needing new friends.

But don’t stop there—join dance, yoga, improv, the gym, churches, libraries, and anything else that interests you. Then don’t be afraid to strike up conversations. Joining the class is only half the battle—you need to go the extra mile and put yourself out there.

My second breakthrough was through the mommy groups I signed up for after getting pregnant. Parenthood was my greatest “interest” at the time (and pretty much still is). New parents don’t have room for much else besides parenting in their lives, so this needed to be the premise on which we built new friendships.

I met an American and a British mom through an app, and they each turned me onto new groups where I’ve since met more moms, been invited to more classes, and been included in more groups. I can’t stress enough how important meet-up apps and social media were to us making friends. Peanut was the mommy app that I started on—you’ll need to do some research to find those that apply to you in your new region.

I’m happy to report that, this past weekend, Harry and I had two social engagements—both initiated by the other couples, and both somewhat out of the blue. It may not seem like much, but after a year and a half of nothing on our calendars, this is a huge leap forward.

As I said, it takes time, not just to meet people, but to lay a foundation to build a real friendship on. We’re now planning a weekend vineyard getaway in a couple weeks and a trip to Slovenia in the winter with one couple. The second couple told us that if we get to the south for vacation later this summer, we need to stop by to say hi to the girl’s parents who we met last summer and would love to host us. Or, better yet, we wait until they plan to head down themselves and we can all have a holiday together.

Unfortunately, a common “downside” to meeting friends overseas is that many expats are transient. One of the couples we frequently hang out with now has been in Paris for two years but moves to Amsterdam in September. However, we’ve become close enough now that we’re already planning trips to visit one another, meet halfway, and strike out on road trips to other locales together.

I won’t sugarcoat it—life can get lonely in the beginning of a move overseas… downright depressing if you let yourself dwell on it. You need to work at finding new friends and then work at maintaining those new relationships. If you have become settled into the same social group you’ve had for years, this is a tough job to get accustomed to…

Once you’ve met a few people you get along with, you can’t be lazy or your new friendship seeds will wither and quickly die. But with a little effort, these can thrive into some of the best and strongest friendships you’ll ever have… and maybe even give you the wonderful excuse to travel and discover more together in the future.