Home / Archives / Live And Invest Overseas Confidential / Meet The Experts At Our 2019 Conference In Houston: Part I

Meet The Experts At Our 2019 Conference In Houston: Part I 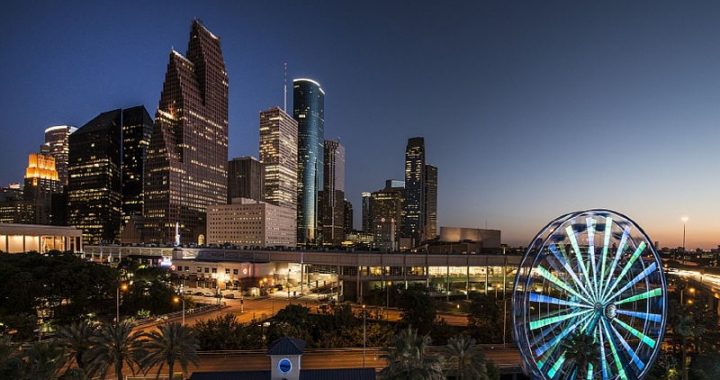 Meet The Experts At Our 2019 Conference In Houston: Part I

10 Experts You’ll Meet In Houston—Part I

More than 50 expert speakers will gather with us this Sept. 7–10 in Houston, Texas, for this year’s Live and Invest Overseas Conference.

That’s a lot of sessions to squeeze into four days, yes. But it’s necessary to have all of these folks in the house, so you have trusted counsel on all the important live- and invest-overseas issues (like buying a property overseas, finding international health insurance, and opening a bank account in another country)… as well as the right ambassadors to take you on a tour of our top 21 havens.

Today, I’d like to introduce you to just a handful of the professional team and seasoned expats who you’ll get to hear from live in Houston… and whom you can put your questions to over coffee breaks and cocktails…

Originally from Kansas, and still traveling and attending LIOS conferences to learn of new opportunity, Barbara spends most of her time between her homes in Lagos, Portugal, and Medellín, Colombia—places she describes as “polar opposites” that allow her a diverse lifestyle and two new groups of friends.

With her growing group of friends in the Algarve, Barbara enjoys hiking, beach parties, and holiday celebrations. In both countries, she has personal trainers and is losing weight, getting fit, and feeling younger every day.

Though she does write the occasional article for LIOS, Barbara is fully retired and fully active. In Houston, she’ll share her story… not of retirement but of reinvention.

If Medellín, Colombia, is on your radar, Juan Darío Gutiérrez is the legal resource you need to do whatever you’re imagining you might want to do.

He’s the Foreign Investment and Business Law Director and partner in Gutiérrez Márquez Asesores, a legal, accounting, and financial advisory practice in Medellín with more than three decades of experience helping foreigners and companies new to doing business in Colombia or looking to retire/relocate.

He and his staff speak fluent English and know how to solve problems. This is why we have chosen Juan Darío as our personal and corporate attorney in Medellín… and why we’d like to introduce him to you this September in Houston.

Monia moved from Northern Italy to the Abruzzo region when she was 5 years old and considers herself a true Abruzzese. After studying in the U.K. and living in Spain, she became fluent in English and Spanish and developed a passion for the countryside and country properties. She also lived some time in Japan.

After a decade abroad, Monia’s love for Abruzzo finally brought her home again where she soon found herself working for a local real estate agent as an English/Italian interpreter and translator. This was a stepping stone to starting her own real estate company: Abruzzo Rural Property.

Since its inception in 2012, Monia and her team have helped hundreds of clients from all over the world buy homes in Abruzzo, and, today, Abruzzo Rural Property is one of the fastest-growing real estate agencies in Abruzzo.

Monia says, “Most of all, I feel I have an important mission, because selling homes means forever changing the lives of the people who buy them!” If you dream of living part- or full-time in Europe, make sure to be in the room for Monia’s session on Abruzzo.

Kat has grown up around the world, living in the United States, Ireland, France, and Panama, and has traveled extensively in her few years. Growing up as a young expat, she is familiar with the trials and tribulations of an overseas move and the adjustments that must be made in every new destination. Living and learning through experience, she now considers no one place home and feels more comfortable in new environs than in familiar ones.

After living in Panama for seven years, where she enjoyed living for a stint in the tropics, she and her husband relocated back to Paris, France, in 2018 where they now live full-time with their American cat and Panamanian dog. Her post as Editor-in-Chief of Live and Invest Overseas keeps her busy… whether it’s spearheading a big new project, MCing our Live and Invest conferences, or scouting out new locations for coverage, she’s always on the move and eager to discover new things.

At this year’s Live and Invest Overseas Conference, Kat will introduce you to some of her favorite corners of Europe and be part of our big-topic panel discussions where she’ll share her hard-earned secrets to expat survival.

Phil Hahn always dreamed of the tropics while growing up in Michigan. He started his southerly migration in 1982 by attending Florida State University. Prior to graduation, he started a residential design business that ultimately designed over 6,000 homes and expanded into construction and development.

In 2003, Phil saw the potential for development in Belize and purchased 115 acres for the development of a new Caribbean town. Combining his experience with coastal home design and his love of classical architecture, he planned, permitted, and founded a thriving “New Urbanism” community.

In 2010, Phil was hired to plan and develop 98 acres on the Belize River in the Cayo District of Belize. Recognizing the mass desire for freedom and independence, which he shares with many expat baby boomers, Phil envisioned and designed a place, Carmelita Gardens, where people can be “independent together.”

That’s our roundup of featured speakers for today…

I didn’t include her above, but it goes without saying that Live and Invest Overseas Founding Publisher Kathleen Peddicord will take the floor as MC for this event, welcome you on the first morning, and participate in panel discussions and breakout country sessions.

As many of you know, for the last 30 years, Kathleen has been exploring the world for fun and profit—and reporting back about her discoveries for thousands of readers.

In total, she has traveled to more than 50 countries, invested in real estate in 21, established businesses in 7, and renovated properties in 6. Kathleen is regularly quoted in The New York Times, Money magazine, and beyond. She has written innumerable books, reports, and essays on where and how you can escape the retirement-tromping economy at home and live like royalty on a modest budget… invest for profits overseas ahead of the crowds… and secure your dream lifestyle in the world’s best destinations.

None of this would have been possible without taking that very first step—leaving Baltimore, Maryland, behind 20 years ago for adventure on the Emerald Isle.

Kathleen knows exactly what it’s like to be in your shoes—and, along with her team of trusted experts and expats gathered in Houston this September, she’ll share her best advice for taking the leap.

I’ll introduce you to more of Kathleen’s team in a future issue.

All 50 of the free VIP Packages for our 2019 Live and Invest Overseas Conference have been claimed… but I have good news. Due to popular demand we have been able to secure an additional 50 VIP Packages—including reserved VIP seating, collector’s edition gift bag, elite concierge service, preferred VIP registration (so you skip the lines), and special prize drawings.

Go here now to claim your VIP spot… and join our biggest gathering of the year in Houston.