The Language Questions To Ask Before You Move Overseas 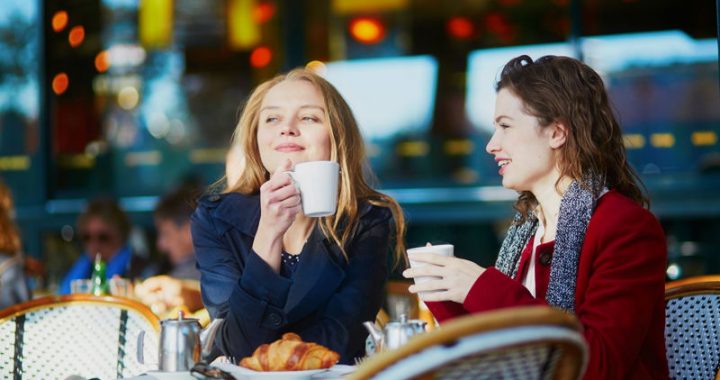 The Language Questions To Ask Before You Move Overseas

The Ultimate Survival Pack For Your Grand Adventure Overseas

If you already know a second language, should you limit your overseas search to places that speak it?

If English is your only language, can you even learn another?

And do you even want to learn a new language?

The good news is you can learn a new language at any age.

Of course, it’ll be harder than it is for someone under 20, but it’s by no means impossible. In fact, it’s easier these days than ever thanks to a multitude of learning apps, online courses, and language schools all over the world, making this door-opening, horizon-broadening knowledge more accessible than ever.

And aside from it making your life in a new place easier, learning a new language is proven to improve cognition in a dozen or more ways—research has shown language learning improves memory, staves off senility, enhances ability to multitask and make decisions, boosts your academic performance in all other areas, and on and on.

But there’s no denying it makes life a lot harder to acclimate to when you’re already a stranger in a foreign land. When you’re trying to settle into a new home overseas, there are already plenty of obstacles without factoring in operating outside of your mother tongue.

You know how frustrated you feel when you’ve got to figure out paperwork at the DMV? Or when you have to hire a plumber and you can’t follow what he’s talking about? Imagine the same frustration—because you’ll have to do the equivalent of both of those things and much more in your new home overseas—but multiplied times a hundred.

I speak from experience… several sets, in fact.

When I first moved overseas (to Ireland when I was 8 years old), I was too young to think much about any of this. But Ireland is an English-speaking country and you wouldn’t guess there’d be any communication issues. For a kid, though, slang rules much of the vocabulary, and slang is very much a country-by-country thing. I didn’t understand much of what kids talked about on the playground, and my words seemed just as incomprehensible to them. It didn’t take me long to catch on, though, and by the time I left at 14, Americans didn’t understand much of what I said when I went back to visit.

From there I moved to Paris. I’d taken a couple years of French in school before going, but I arrived without a clue. And the French were not forgiving. They made the learning curve steep, not giving an inch in my bilingual school, and some days felt like torture. I’d come home crying, feeling shunned both in and out of class. Looking back, the fact that some ordinary classes were in French seems all the crazier—I was supposed to be learning math or biology, but at the same time I had to translate it all out before I could begin to understand the new concepts.

After a year, I was no longer completely lost and was able to understand my teachers and peers and keep up in conversation. After two years, I was fluent and had French friends and dated French boys (which, incidentally, is the fastest way to learn a new language—acquire a local boyfriend or girlfriend who doesn’t speak your language).

Now, back again in Paris after a 12-year hiatus speaking English and Spanish, I’ll admit, I feel a little lost again. I’m still fluent, but it’s rusty… not comfortable. More than that, though, a teen’s vocabulary doesn’t help an adult much.

Trying to figure out our residency, leasing an apartment, visiting doctors, shopping for kitchen items and furniture—none of these were things my high-schooler’s level of French could prepare me for. As my husband and I searched apartment listings, he asked me the word for bathtub… I had no idea. It had never come up in my past life here. Spatula? Whisk? Haven’t a clue.

Even what should have been simple things like grocery shopping were an eye-opener to how limited my life had been back then. Sure, I know all the basic food items and a few irregulars, but I find myself still with my translation app open as I browse the aisles six months into this move. Chives? Wheat germ? Still getting there…

And now that I’m having a baby here, I feel like I’m back in one of those classes where I’m learning the subject matter from scratch but impossibly having to do it in another language before even knowing it in my own. I can’t tell you the anxiety… figuring out the sometimes overly complicated medical system, the billing, the vocabulary for pregnancy symptoms and a changing body, pre- and post-natal care. Oh, and translating it all for my still-very-novice-level husband. He’s learning cat and dog, white and blue… I’m learning anatomy and medical instruments.

And in another few short months, I’ll be laboring in a delivery room with a French doctor coaching me in French, while presumably my own brain will have reverted completely into lizard mode. Will I even be able to think in English let alone in French?

I share these little insights not simply to bemoan my own language woes, but to illustrate just how hard some things can be in another language. Mine may be somewhat extreme examples—the average retiree probably isn’t going to take algebra in French… but they may want or have to figure out a foreign health care system and possibly undergo a procedure overseas.

Millions of other English-speakers overseas have done it, so it’s not an insurmountable obstacle… but it might be more than you’re up for. Some folks just want to bask in their overseas adventure in the most turn-key way possible.

And, undoubtedly, the easiest way to do that is to take language out of the equation.

Belize is one place this is possible. English is the official language in this tiny Caribbean nation. Malta is a close second. Its first language is Maltese, but, as a former British Colony, almost the entire population speaks English.

Then there are places that aren’t officially English-speaking but where you can get by on English alone—at least for a while—without too many struggles. Panama City or Kuala Lumpur, Malaysia, are two examples of places where you’ll find a strong presence of English-speaking locals, as well as expats.

Bottom line, the language question is a critical one to ask yourself before you set out on a quest for your new home overseas. Once you know the answer, take comfort in the fact that whether you’re up for a new language or not, you have options…

For those wishing to stay around an English-speaking environment, Belize and Malta, as well as Panama City and Kuala Lumpur, were all covered at our annual Retire Overseas Conference in Houston, Texas, last week.

For those attracted to Spanish-, French-, or Italian-speaking corners of the world, our expats gave the ups and downs of living in their adopted homes… and tips on how they navigate day-to-day life in a new culture, surrounded by folks speaking a different lingo…

You can catch it all—that is, each of our 64 audio and video presentations from Houston—in our 2019 Retire Overseas Conference Kit.

I told you last week about our special pre-release offer on this kit. If you haven’t already reserved your copy, time is running out…

Until this Tuesday, Sept. 17, LIOS Confidential readers can save more than 70% off the regular price. Just use Coupon Code ROCK20 when ordering to avail of your exclusive discount.

After midnight on Tuesday, the price jumps up. Go here to listen in on our biggest talks of the year.