11 Reasons Why Living In The Algarve Region Has No Match 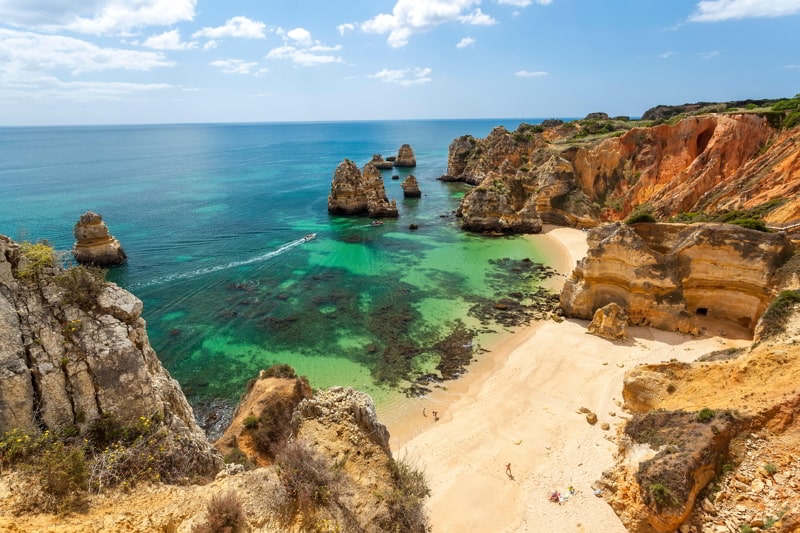 11 Reasons Why Living In The Algarve Region Has No Match

11 Reasons This Is Our Family’s Favorite European Escape

“Have you ever wondered why Portugal is at the center of the world map?

When you’ve spent a 35-year career traveling and scouting destinations for retirement, investment, and fun, as my boss (and mother) Kathleen Peddicord has, you don’t expect to find a late-in-life love…

But it was love at first sight when Kathleen, at the time closer to retirement age than to those intrepid years of her early career, set foot on this corner of the Iberian Peninsula. And she was smitten.

In the past few years, Portugal has become a central part of our family’s traveling life. We’ve worked and played there… owned an apartment there…. I celebrated my 30th birthday there… my brother interned there… and we’ve established a meaningful group of close friends and colleagues.

We weren’t looking for a new place to spend time when we stumbled on the delights of Portugal. In fact, we had our plates full with properties in countries we hardly ever visited as it was. For administrative reasons, Lief was trying to downsize his far-flung property portfolio more than expand it at the time.

So, what was it that caught my mother’s attention after she’d spent time in more than 40 countries? At a time when the last thing we needed was another foreign property, new maintenance hassles, different titling issues, and another country competing for our time…?

Why I Love Portugal…
By Kathleen Peddicord

“We have a word in Portuguese,” a friend from Lisbon, Miguel, told me once, “that doesn’t exist in any other language.

“The word is saudade. It means a longing for, a missing or a yearning for something. It’s a noun, not a verb, and its meaning is born from the feeling of a young wife for her husband sailor long at sea.”

“Fado is our traditional music, but it is also our destiny. It is not good, it is not bad. It is simply the way it is… the way your life is because of the choices you have made.”

“Yes,” Miguel explained. “Saudade is the fado of the woman who has chosen to marry a sailor. It comes with the territory.”

Most of the world looks at Portugal as the edge of Europe. The Portuguese look at the world map and see themselves right at the center, at the heart.

Portugal Identifies Herself With The Sea

For the Portuguese, the sea is part of their territory, a continuation of their domain. For them, therefore, Portugal is quite expansive.

In recent history, Portugal has been mostly ignored and overlooked, but there was a time when this country had the world’s attention. It was the Portuguese Prince Henry the Navigator, an architect of the Age of Exploration, who bid his men to “sail on, sail on.” Those orders compelled brave adventurers around the Cape of Good Hope to China and India and then across the Atlantic.

Those orders were given, specifically, from the very bottom of the country’s long Algarve coast, in Sagres, where Henry built his famous School of Navigation. It was from this point that Portuguese explorers set off to discover if indeed dragons lay beyond these shores.

At the time, this was the acknowledged end of the world.

Portugal’s Algarve region is a unique bit of European geography at the southwestern corner of the Continent, at the longitude of Great Britain and the latitude of Delaware. It is protected from winter by the movement of the ocean in the Gulf Stream, and, as a result, it has the best climate in Europe, with more sunny days than any other country in this part of the world and steady winds that mean the region is never unbearably hot and rarely humid.

Unlike many sunny paradises, the Algarve is not a little island in the middle of nowhere. It is attached to the Continent and reachable by car from Lisbon and points farther north. You can fly here from the U.S. East Coast in short hops, as few as six hours to Lisbon from Boston, for example, where many flights originate thanks to the Portuguese diaspora. From Lisbon, it’s a three-hour drive or a quick flight to the Algarve coast.

Another reason the Algarve is such an appealing choice for Americans seeking adventure, reinvention, opportunity, or a new life abroad is thanks to the British. The monarchs of Portugal and England married each other from the 14th century on, creating the oldest alliance in Europe before Europe really existed.

The Anglo-Portuguese friendship did not end with the death of Prince Henry and his brothers. British royals carried on marrying Portuguese princesses. Then, after World War II, the Anglo-American allies continued to operate from the Azores, a Portuguese territory. Over time, as a result, many British families settled in Portugal. By the 1950s, they had begun to populate the southern coast.

A decade or so later, the charms of the Algarve were discovered by the Beatles and their fans, who moved in to the fishing port town of Albufeira, still the home of the most authentic fish and chips in the region.

Despite all this attention from British tourists and expats, the Algarve was thankfully never as overbuilt as the Costa Brava in Spain for a practical reason. The terrain is too hilly to allow mass-produced ticky-tacky little boxes to be plunked down, as they have been, over the decades, along stretches of the Spanish coast.

The most important relic of all the years of close association with the British is one key to American and Canadian happiness in the Algarve today. Nearly everyone here speaks English—both the local population and the big non-British foreign population. It is the lingua franca for the region.

The Algarve, The Best Place To Live Or Retire Today

For all of these reasons and others, we’ve named Portugal, specifically its Algarve region, as the best place in the world to live or retire, full stop.

This is the only place on Earth I’ve found that I’m comfortable recommending as your best option for launching a new life overseas, full stop.

It is without doubt a best choice if you’re not cut out for life in the developing world or the tropics.

This is a land of medieval towns, traditional fishing villages, open-air markets, cobblestoned streets, and whitewashed houses with lace-patterned chimneys surrounded by fig, olive, almond, and carob trees… all fringed by a 100-mile-long coastline that includes some of the best beaches in the world.

The Algarve offers a one-of-a-kind lifestyle that could be described at once as quintessential Old World and 21st-century resort and that represents one of the Continent’s best values.

Specifically, here’s why Portugal’s Algarve qualifies as not only a top option for a new life in Europe, but, in fact, one of the world’s best places to spend time today:

This region enjoys one of the most stable climates in the world and 3,300 hours of sunshine per year, meaning more sunny days than almost anywhere else in Europe. As a result, the Algarve has a long-standing reputation as a top summer destination among European sunseekers and a top winter retreat for those looking to escape Northern Europe’s coldest months. The Algarve has no bad weather months, but it does have a winter. January and February can be cold enough that you’ll want a coat. The best months can be September and October, when the summer crowds have gone but the weather and sea temperature are still ideal.

Portugal ranks as the 17th safest country in the world. Violent crime is rare, and petty crime is limited to street crime during the busy tourist season. As well, this country has managed to keep itself separate from the immigration crisis that is playing out in other parts of Europe. 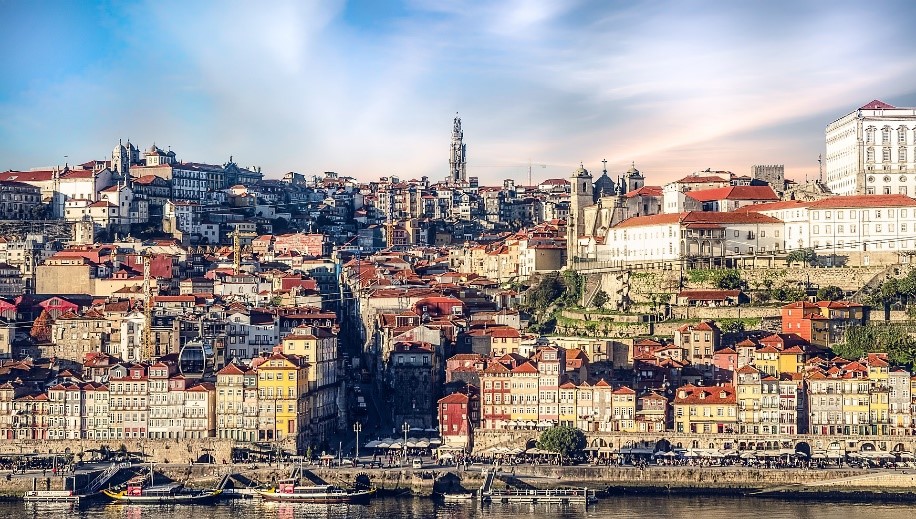 Portugal and the Algarve have enjoyed important infrastructure investments in recent years, specifically to do with the country’s highway network and airports. As a result, this is an easy region to get around and also a great base for exploring all of Europe and North Africa.

As a result, medical tourism is a growing industry in the region, in particular for cosmetic, hip replacement, and dental specialties.

The region boasts 42 courses in less than 100 miles and is recognized as a top golfing destination in continental Europe and the world.

The Algarve’s 100 miles of Atlantic coastline are punctuated by jagged rock formations, lagoons, and extensive sandy beaches, many awarded coveted Blue Flags from the European Blue Flag Association. The water off these shores is azure, and the cliff-top vistas are spectacular. Most beaches have lifeguards during the summer season. Note that restaurants and snack bars are sometimes open only seasonally.

The cost of living in Portugal is among the lowest in Western Europe, on average 30% lower than in any other country of the region. A couple could live here comfortably but modestly on a budget of as little as 1,300 euros per month. With a budget of 2,000 euros per month or more, you could enjoy a fully appointed lifestyle in this heart of the Old World.

8. For The Reasons Described Above, English Is Widely Spoken

Living here, you could get by without learning to speak Portuguese… though any effort to learn the local language is a show of respect and appreciated.

The Portuguese are the biggest fish eaters per capita in Europe, and fresh fish of great variety is available in the ever-present daily markets. The abundance of sunshine in this part of the world means an abundance of fresh produce, too, also available in the local markets. Meantime, pollution rates are low, and streets, towns, and beaches are kept clean and litter-free.

10. Retirement (And Sometimes Other) Income Is Not Taxed

Real estate in certain parts of Portugal is among the most affordable in Europe. Further, Portuguese real estate has one of the most favorable price-to-rent ratios (a measure of the profitability of owning a house) and price-to-income ratios (a measure of affordability) in the region. What that means is that housing is cheaper to buy and property investors can make more money from rentals than in many other European countries.

Thinking bigger picture, Portugal offers another advantage that makes the idea of spending time here more appealing today than ever.

Portugal boasts the most user-friendly residency options in the eurozone.

If you’d like to live in the country full-time, you can arrange to do so simply by showing a reliable income of at least 1,300 euros per month.

Many countries offer similar residency programs based on guaranteed income; however, these are typically targeting foreign retirees and come with age restrictions.

If you’re looking for a Continental lifestyle and don’t have the budget for France, Italy, or Spain, you should get to know Portugal better.

Our Live and Invest in Portugal Virtual Conference, April 14–16, is filling even faster than expected.

Go here now to secure your place—and use your exclusive Coupon Code PORTUGAL50 to save an extra US$50.