Why The Best Time To Retire Overseas Is Always Now 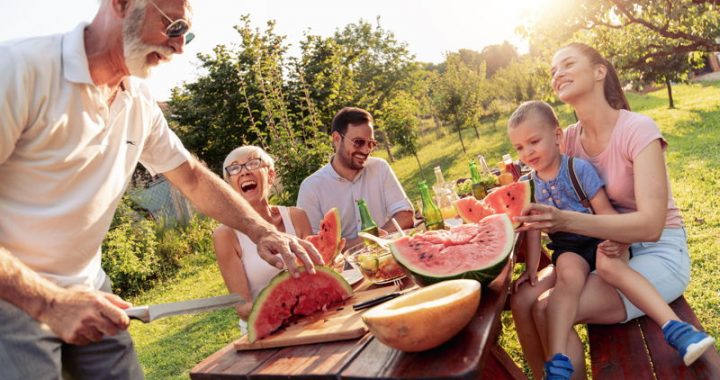 Why The Best Time To Retire Overseas Is Always Now

Forget Planning Your Entire Future—Just Plan Your Next Step…

Some years ago, back home in Baltimore for the holidays, I caught up with an old friend.

Bill had a dilemma at the time.

“This gets complicated, this live overseas lifestyle,” he told me. “We’ve been living abroad for the better part of two decades. Now the children are all grown, and they’re choosing to settle Stateside. As I get older, I realize that what matters most to me is being near them. So we’re working now to organize a life that allows that.

“Another funny thing I’ve realized lately,” he added. “I enjoy being back here in Maryland. Of all the places in all the world where I could be, I’m comfortable here.”

I share this anecdote today because it reminds me of two important lessons.

You can never predict how your overseas adventure will play out.

When I left Baltimore behind 22 years ago, bound for Waterford, Ireland, I had no idea of where that single step might lead. No idea that seven years later I would swap Waterford for Paris… and then Paris for Panama City.

Had I tried to plan for the long term, I may never have left home in the first place. There’s a certain leap of faith involved in taking that first step… and seeing where it takes you.

Of course, it’s a different path for each of us…

Unlike Bill, it looks like I won’t be basing my life around Baltimore… or anyplace in the United States… any time soon. As it turned out, both my kids have fully embraced the adventure of a life overseas…

Kat, as you know, relocated from Panama City to Paris last year where she and Harry have set up home and are eagerly awaiting the arrival of their baby daughter. I count myself lucky to be able to base myself here in the City of Light for the next few months and to spend time with my first grandchild.

Meantime, Jack continues his studies at university in Shanghai. For years, China had been on my list of places to visit. Now, thanks to Jack’s move, Lief and I have a reason to spend a little time in this part of the world… a huge contrast to our usual haunts in Latin America and Europe.

You really don’t know how things will play out. Luckily, for someone like me—who gets restless being in the same spot too long—my global adventure shows no signs of slowing down.

But, five or 10 years from now, who knows how things may change?

Which brings me to the second important point for today…

Get out there while you still can.

If you’re serious about moving overseas, now is the time to take action… before circumstances conspire against you.

For Bill—and other friends and colleagues who have lived overseas over the years—personal circumstances have called them back to the United States.

And, it’s entirely natural to want to go home. As I’ve said, it may happen to me at some point in the future.

But, I guarantee you, by spending some years—even one year—overseas, your life will be richer for the experience. You’ll not only get to appreciate a new culture—but you’ll appreciate more things about your own home, too.

That has certainly been the case with me and Baltimore.

More than two decades ago, I couldn’t wait to get out of there and move to Europe…

Today, I find myself admiring Baltimore’s quirks… and I love the chance to spend a little time back home, soaking up the familiar.

So, I’m excited to be hosting this year’s Retire Overseas Conference in my hometown… back where my journey began.

If you’d like some help on deciding where to begin your own adventure… and the opportunity to pick the brains of those who’ve gone before you… then I hope you’ll join us for our biggest event of the year, taking place Sept. 23–25 in Baltimore’s Inner Harbor.

Over three days together, my global team of experts and expats will introduce you to your top 14 options for living the best lifestyle overseas—on a retiree’s budget—as well as tackling the big-picture issues that may be keeping you awake at night… like whether you’ll need to learn a new language… where to find health insurance (and quality health care)… how to manage your banking… what you should bring with you (and the best way to ship it)… how to make new friends… and lots more…

At time of writing, we still have a number of complimentary VIP seats available. For more information on our plans for this year’s event—and to book your VIP seat—go here now. (Use your exclusive coupon code PREROC50 to save an extra US$50.)

I hope to see you there.