Discover Why Fortaleza, Brazil Is A Top Expat Paradise 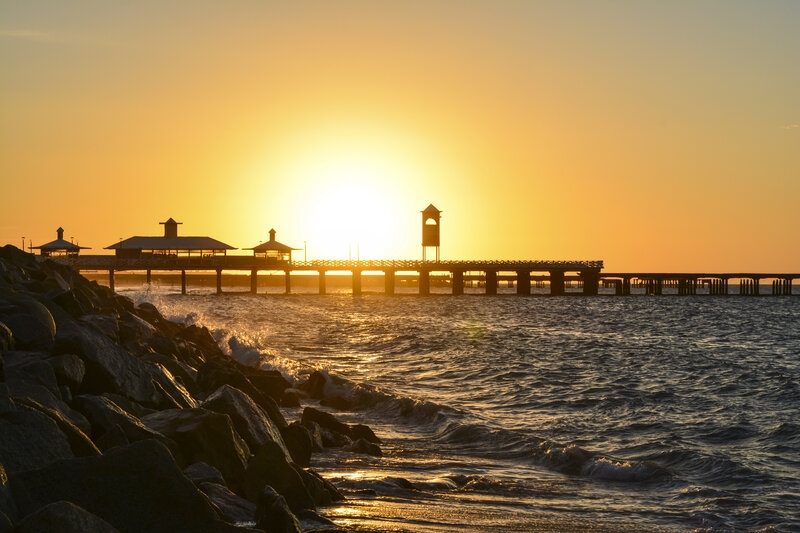 Discover Why Fortaleza, Brazil Is A Top Expat Paradise

Last week, LIOS’ widespread experts, expats, and editors took attendees at our 2020 Retire Overseas Virtual Conference on a tour of the top 21 destinations worth your consideration for living and investing in today…

We haven’t talked much about Brazil here before. So, today, let’s take a look at what this haven has to offer—starting with an account of daily life from John Clites, a full-time expat in the country:

“As I set out for my day, bicycles whiz by in their bike lanes. People are walking and jogging, singly, in pairs, or occasionally in threes. I spot a few regulars: Speedo Man powers past me in his white tennies and black Speedo—and nothing else; Roller Girl rushes toward me on her in-line skates. But at this early hour, the crowd is mostly middle-aged walkers, like me. At night and on weekends, rollerbladers and skateboarders join the throng.

“This is a nation of water babies and beach bums. I don’t think any other country in the world appreciates its beaches like Brazil does. I pass an interval-training class just getting underway. While interval training interests me—I’d dearly love to shed 10 pounds—I’m not ready for that level of intensity so early in the day. More likely I’ll join that older gentleman down there near the waterline, burning his calories as he jogs slowly but steadily along in the soft sand. Just another week or two of walking and I’ll be ready!

“There’s a soccer game being played seemingly on every block. Volleyball games are underway, some of them friendly seniors’ games, others hotly contested matches.

“I shake my head in wonder as I pause a moment to watch that most Brazilian of games, futevolei (footvolley): Beach volleyball played without the players using their hands or arms… if you can imagine it. The server launches the ball with a lofting kick. Players then use feet, knees, thighs, or chests to set up the ball for a vicious head spike. No, I won’t be joining this game… next week or ever. But it sure is fun to watch, and I admire the athleticism, coordination, and teamwork involved.

“The waves are kicking up a bit today following last night’s storm, and a few surfers are riding rollers into shore. Farther to the south, two kite-surfers are skimming across the wave crests. One of them catches a gust and shoots at least 12 feet into the air before coming in for a smooth landing. Now maybe that is something I might try…

“As I walk down the beach I see—and smell—the fishermen’s tables. Even today these hard-working fellows harvest their catches in the traditional way, casting hand nets from small wooden boats. They’ve already returned and are filleting their catches with casual finesse at the rough wooden tables set up along the calçadão (boardwalk). Perhaps I’ll have a nice moqueca (a hearty seafood stew) tonight…

“Later, my friend Junior and I sip from coconuts after a brisk walk down the beach and back, and I’m thinking how Brazilians’ priorities seem to be a bit different… perhaps a bit better…

“As if reading my mind Junior says, ‘John, Brazilians work to live. Americans live to work.’ I nodded slowly… it may be cliché, but it’s really the truth here.”

John’s daily routine doesn’t vary much from week to week… or even month to month, thanks to the year-round tropical weather.

The pace of life is slow in Brazil. Life here is more about enjoying the journey and less about accomplishing any end goal. Eating on the go, for example, is not a concept. Instead of multi-tasking while eating, in Brazil, people are more likely to enjoy conversation with friends over a four-hour meal.

Brazilians go out of their way to make a new friend feel welcome in a social setting. Language is the biggest barrier, but don’t give up on learning Portuguese if you’re going to live in Brazil.

Fortaleza (in the northeast state of Ceará) is one of Brazil’s major tourist destinations, known for its beach resorts, world-class restaurants, and vibrant nightlife. The city’s beating heart is avenue Beira Mar, from which wide, leafy avenues extend until they tumble into increasingly disorganized streets.

As well as direct access to miles of golden-sand beaches, residents here enjoy all the modern amenities of a city. Stores and bakeries, walking and running trails, sporting fields and playgrounds, bars and restaurants. Plus, because life is lived as much as possible out of doors here, most homes come with some kind of outside area fitted for grilling—sometimes with panoramic ocean views. Barbecue, churrascaria, is a religion here. It won’t take long for you to receive an invitation once you’ve settled in… and you’ll be expected to return them!

Still, despite being a metropolis of 3.6 million, the nation’s fifth-largest city, and the region’s biggest industrial and trade center, Fortaleza maintains the feeling of a more rustic, authentic way of life. Fishermen sell their daily catch from landings that dot the coast… vendors hawk produce from carts on the streets… coconut men shimmy up trees on the city beaches to bring down a fresh bunch, then hack them open and sell them for the water inside…

Meantime, the state of Ceará is focused on developing this coast for tourism. This has already been one of the most popular regions for Brazilian tourists, and the state wants more. They’ve built a new airport in the area, and the regional tourism authority is working to find a private operator to begin accepting international flights on a regular basis (approvals are already in place for this). On top of that, the state has begun the expansion and renovation of highway CE-40, the main state highway that runs along the east coast.

Good things are coming to Fortaleza… perhaps you should, too.