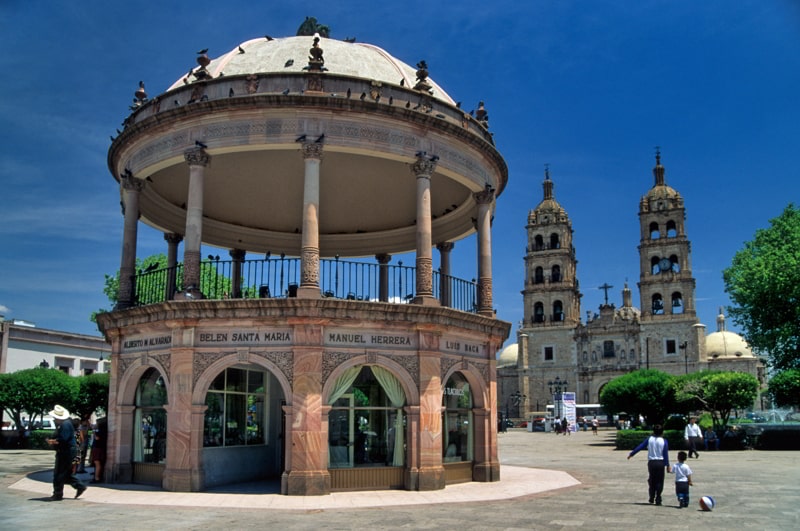 As our staff prepares for our virtual Live and Invest in Mexico Conference (and it snows here in Paris), I can’t help but be a little distracted by the thought of the warm sunshine and swaying palm trees…

It’s been a few years since I was in Mexico myself, but our Mexico Correspondent, Lee Harrison, spends most of his time there. A few years ago, he discovered a city that offers a different side of the country than most people typically think of…

I’ll let Lee tell you about it himself…

Durango is my favorite spot for full-time city living in Mexico.

In fact, I consider this city my most exciting personal find of the past few years. You might find that surprising as you’ve likely never heard Durango mentioned as an expat destination.

That’s because it’s not an expat destination.

Durango is a large, sophisticated city––with great weather and a high standard of living––that’s still relatively undiscovered by the expat forces.

If there’s such a thing as the “real, unadulterated Mexico,” Durango is it.

You May Not Have Been To Durango, But You’ve Seen It Dozens Of Times

Nestled in a valley high in Mexico’s western Sierra Madre range, Durango’s surroundings look like what we think of as the Old West. Properly called Victoria de Durango, Durango is the capital of the state that bears the same name.

More than 140 Hollywood movies have been filmed in the mountains, valleys, and deserts surrounding Durango. These include classic Westerns featuring the likes of John Wayne, Burt Lancaster, Kirk Douglas, and Maureen O’Hara..

A handful of those old movie sets are still standing. Some remain movie sets… some are destinations for tour companies… while others––such as John Wayne’s personal set––were occupied by former workers and their families and have become real towns.

I found Durango to be a bustling, modern city, situated in a Western mountain setting. It offers clean, well-kept streets, good infrastructure, a thriving central market, and amazing architecture more reminiscent of Europe than Hispanic America. The newly-constructed, pedestrian-only areas are filled with cafés, shops, and clubs.

The occasional cowboys on the street give the town a Wild West feel, as they are typically dressed like their West Texas counterparts 600 miles to the north.

The skies are almost always clear and deep blue.

The New Highway Is Bringing Economic Benefits To Durango

In 2013, the Mexican government completed a new superhighway between Mazatlán and Durango. This was a huge project, which involved the construction of 115 bridges and 60 tunnels.

The highway makes truck traffic possible via a direct link between the port of Mazatlán and Durango. Trucks from the port can also continue on to Monterrey and Texas.

More important—from the perspective of the real estate investor—the highway has allowed Mazatlán to become a weekend destination for people in Durango and beyond. The effect on Mazatlán has been dramatic.

But the highway has also affected the Durango market and has allowed Durango to become a weekend destination for people living around Mazatlán. People are coming to escape the summertime heat on the coast and to use it as a base for active tourism in the surrounding area… an area that offers tall pine forests, canyons, mountains, and deserts, as well as the most northerly ancient pyramids in the Americas.

The Pros And Cons Of Buying In Durango

I realize that we’re all looking for something different in an overseas lifestyle or real estate market. But here’s what I see as Durango’s advantages:

These are the disadvantages of buying in Durango:

Is Durango Right For You?

Durango is a modern, clean, and efficient destination with all the big-city amenities you could need. It’s cheerful, youthful, energetic, and inexpensive. Its four mild seasons will be just right for most people.

As I mentioned, you’ll find almost no expat community and few English speakers… so you’ll need to appreciate living in non-gringo Mexico. Spanish lessons should be a priority if you don’t speak any.

On the positive side, you’ll enjoy a Mexican capital with almost no American-expat influence and no foreign-community stereotypes to deal with. This not only means an authentic and welcoming cultural experience but also far better prices than you’ll find in the expat venues.

If you’re ready for an unadulterated experience of Mexico, then Durango is for you.

If you’d like to find out more about Durango… and our other top picks for living and investing in Mexico… be sure to join Lee and the rest of our team of Mexico insiders for our 2021 Live and Invest in Mexico Virtual Conference.

As well as hearing from expats already living in their favorite corners of Mexico, our experts will give you the lowdown on your options for establishing residency… where to find the best health care (and your options for health insurance)… current real estate opportunities… and lots more.

It all takes place March 17–19… and virtual seats are already filling up. We can only host a limited number of online guests for this once-a-year Mexico-focused event. So, if you’re considering Mexico in your overseas plans, I urge you to reserve your place without delay.

The first 50 readers to register save US$200 off with our Early Bird Discount. And, as always, LIOS Confidential readers save even more—simply quote your exclusive Coupon Code MEXICO50 to save an extra US$50.