Returning To My Childhood Neighborhood In Paris 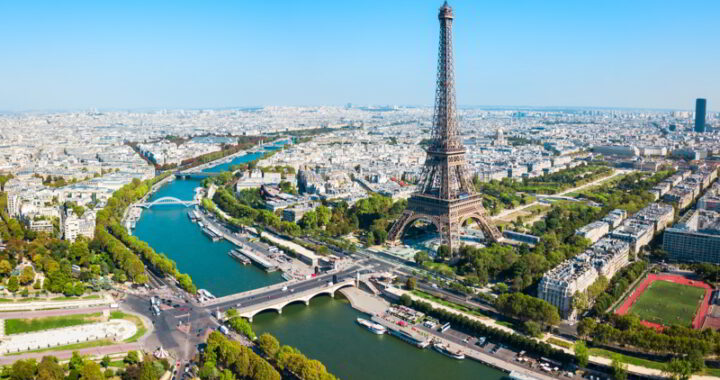 Returning To My Childhood Neighborhood In Paris

I’m never shy when it comes to singing the praises of my adopted home and favorite city: Paris.

But I’ve had Paris on the brain even more than usual over the last few weeks… I presented a couple talks on France and Paris at last week’s Live and Invest in Europe Virtual Conference, and I’ve also been working on a Paris feature for our Overseas Living Letter, due to come out in next month’s issue.

I’ve written it before, especially when comparing Paris to other cities: Paris is a staid, steady, consistent place. You could almost call it boring… It never much changes, and that’s the way Parisians like it.

While improvements are constantly being made to its infrastructure, these changes are mostly behind the curtain… you won’t see any big plans to tear down and rebuild, to clear space for some new project, or for innovative new buildings to go up on the skyline. The last big building to come to Paris back in the 1970s, the infamous 58-story Tour Montparnasse, was so reviled that within two years of going up, a law was put on the books that no building will ever rise above seven floors in Central Paris again.

When it comes to appearances, Paris likes to stay firmly frozen in its current guise… whatever that may be.

When it comes to lifestyle, I’d say Parisians are just as consistent as their city…

Paris is a working city. People make fun of Parisians and their never-ending routine with the joke motto: metro, boulot, dodo (metro, work, sleep). And depending on where you live, this routine can be a bedrock of life. If you settle in a working district, or even just in a building that’s mostly commercial with a couple residential units, you’ll see the pattern of this daily grind.

But Parisians work to live—it’s cliché, but it’s true. Parisians go to work late, they take a leisurely lunch, often with wine, they end the day early, and they enjoy their evenings with friends and family. They stay closed on Sundays, and often work only partial Saturdays, if at all. School holidays take place every six weeks (for two full weeks), and the entire country closes down for the month of August when everyone takes vacation. It doesn’t matter to a Frenchie if they can make extra money working during “off” hours… they prefer their personal time to extra cash.

Non-working hours are truly sacred to the French. And that’s one of the things I love most about living here. French people value work less than personal time, and this idea is reinforced at all levels of society.

All that said, it’s important to really scope out a neighborhood before making any commitment, because the feeling of each quartier is unique and you might not get a real sense of it until you’ve spent a couple of full days and nights on the ground. It was important to me to find a neighborhood that felt residential—one that had a sense of community. In a more working part of the arrondissement, most of the population commutes in for work and is out by 7 p.m. There’s no sense of permanence—no real opportunity to get to know your neighbors and become a known regular at the café. I took care to make sure the part of town we settled in is residential. Which is how we recently ended up in our family apartment here in the 7th—a neighborhood that’s a little too residential at times. But, let me explain…

The 7th is one of the quietest, most traditional, oldest, most expensive, least interesting quartiers… It’s where I grew up as a teen in Paris. It was so boring, and everything closed so early. It was so residential that cafés weren’t nearly as numerous as I wanted—we didn’t even have grocery stores near us back in the day. I swore when we moved back that the 7th was off limits; I’d never move there.

As irony would have it, though, it’s where we ended up. And today, I couldn’t be happier…

Home to Les Invalides (a big monument, mausoleum for Napoleon, the Museum of War, and housing for vets, plus massive lawns all rolled into one huge complex), the Musée D’Orsay, the American Library, the Eiffel Tower and the Champs de Mars (its gardens), the Rodin Museum, Bon Marché (department store of note), and lots and lots of seniors.

The 7th is a big quartier, but it’s quite homogenous. It feels more or less the same all throughout—residential and sleepy. Of course, at the Eiffel Tower end, it’s nothing but touristy, but it’s easy to avoid that corner.

I wouldn’t say the 7th is necessarily a popular expat neighborhood, but it abuts the 15th, which absolutely is, so there’s some spillover and overlap.

And, to be fair, the 7th has come leaps and bounds since I moved away back in 2007. Now we’ve got plenty of grocery stores—one is even open 24 hours, unheard of in France! More shops and restaurants have moved in, and there’s even a little trendy movement in the 7th right now, with hip cafés and concept stores moving in.

At this stage in my life, the 7th offers everything I want—quiet streets at night… wide, tree-lined sidewalks… lots of green space (that’s dog friendly)… and proximity to most of my and my daughter’s friends. I love that kids play on the sidewalks here, that my street gets little traffic, that the monument outside my window isn’t a super touristy one, and that I can easily and quickly walk or bike to just about anything I’d want to get to from here.