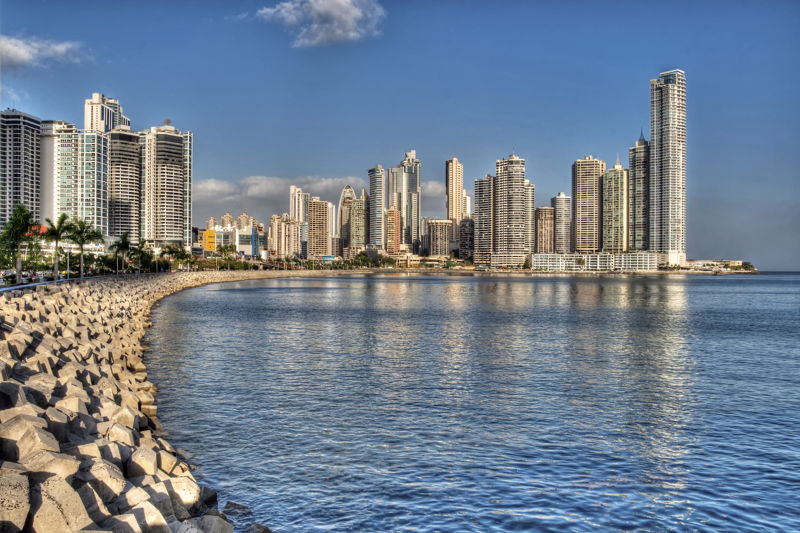 Panama: A Top Choice For Anything You Want To Do Overseas

Panama has it all… We often refer to the Hub of the Americas as the world’s #1 “do-anything haven.” Whether you’re looking to retire, to invest, to snowbird, to be a digital nomad, to come for medical tourism, to start a business… you name it, Panama offers it—at top quality and at affordable prices.  Blessed with two long coastlines of sandy beaches, countless islands, a cosmopolitan city, mountain retreats, virgin rain forests, rustic villages, and beautiful colonial towns, Panama has something for everyone.Largely as a result of its crossroads positioning, but also thanks to its reputation worldwide as a top retirement, offshore, and banking haven, Panama is one of the fastest-growing countries in the world, and the fastest-growing market in the region.

Whether you want to up stakes entirely or just visit for a few sunny months a year, Panama offers a variety of exciting lifestyles… Panama City’s Casco Viejo neighborhood is one of the most beautiful Spanish-colonial historic centers in Central America. Home to galleries, cafés, wine bars, and boutique hotels, this is my personal pick for the best place to base yourself in Panama City. On the other side of the country, in the western region of Chiriquí, lies the world-renowned Boquete. You hear more English than Spanish on the streets here. Nestled between two rivers at the end of a narrow valley, Boquete is known country-wide for its mountain vistas and spring-like climate. If you’re looking for Caribbean living, look north of Boquete to the Bocas del Toro archipelago, with its white-sand beaches, idyllic tropical islands, and shimmering aqua water. These islands have a year-round vacation vibe and a serous hippie culture. On the Pacific coast, less than two hours from Panama City, the “City Beach Towns”—Chame, Coronado, Punto Barco, Vista Mar, San Carlos, Bijao, and Buenaventura—are the favorite weekend haunts of city residents and have drawn the attention of expats, too.Coronado has become particularly popular, with some stunning oceanfront developments.  Expats who live there say they live quite comfortably on US$2,000 a month.Looking for something more off-the-beaten path? Situated near the southeastern-most tip of Panama‘s Azuero Peninsula, the small town Pedasí has a character that you’ll sense as soon as you arrive. The relaxed, friendly village vibe seems to seep through your skin and settle deep down inside you, filling you with something… something that can’t be explained even by those who call the place home.

The Panamanian people are friendly and welcoming, and with a total population of only 4 million, the country doesn’t feel overly crowded. Outside of the capital, the atmosphere is laid back and easy going. The culture here is more relaxed than in North America and people are noticeably less hurried—or stressed. No one sweats the small stuff here. Locals also love to party and use any occasion to celebrate… often with fireworks! You’ll have no trouble finding other expats in Panama—some towns are as much made up of foreigners as locals. These folks can be a great resource to help you settle in, and living in an expat-heavy area means there’ll be services and shopping aimed at expats. You can find restaurants, shops, and businesses all catering to foreigners.There’s also lots of English-speaking media: radio stations, cable channels, theater, newspapers (or their digital counterparts), and cinemas all show movies in original languages with Spanish subtitles. Panama also makes good sense for families. With parks and playgrounds, plus beaches, mountains, and jungles…  talented and affordable tutors for everything from piano and guitar to Spanish and horse riding… good international schools and a cosmopolitan population… this is a great place for an idyllic childhood. And arriving as a single person of any age or gender, you’ll find many opportunities for making connections: Panama City, Coronado, and Boquete are each home to hundreds of expats.Panama is generally a safe place to live. Like everywhere, it has places that are best avoided, but the popular expat locations have low crime rates. You’re unlikely to ever feel uneasy living here. In tourist areas, take the usual precautions to avoid pickpockets or muggers.

The standard of care in Panama is excellent—and affordable. Hospital Punta Pacífica, the most technologically advanced hospital in Latin America, is one of two Johns Hopkins International-affiliated facilities in Panama. Interpreters are on hand for those who need a translator. North American insurance policies aren’t typically going to cover you out of country. If you’ve got an international or travel policy, it will travel with you, otherwise, you need local insurance. However, being uninsured in Panama is a completely viable proposition… The mention of “out-of-pocket” health care leaves people, especially Americans, almost paralyzed. But hear me out… Costs here are cheaper at face value than they are with a co-pay back in the States. A monthly medication I took in the States, then in Panama, cost me US$80+ with my co-pay in New York, but was a mere US$28 per pack out-of-pocket in Panama. EpiPens sell over the counter in Panama for 70% less than in the States.

A visit to the clinic—where just about all your needs can be met—costs just US$25. Any additional tests or treatments might run you up to US$75. You might pay US$60 or so for a specialist. Dental cleaning is about US$50 a session on average.

Panama could arguably be called the world’s best offshore haven. The infrastructure in Panama City is the best in the region, and the country as a whole is safe, stable, and affordable. Panama has generous tax incentives to encourage foreigners to move in. Residents don’t pay any tax on foreign-earned income, meaning your pension won’t be taxed, nor can any other funds earned outside of Panama. This also makes it a haven for digital nomads or anyone who can work remotely—as long as your clients aren’t in Panama, your income isn’t liable for local taxation. Tax breaks are also offered to those looking to start a local business. Tourism investments have exemptions from import duties, construction materials, and equipment. Exemptions are also applied to income and real estate taxes. Panama is actively looking to improve its economy and wants to assist businesspeople in any way it can.A particular benefit for U.S. citizens is that Panama uses the U.S. dollar. Having no currency exchange risk is a big factor in why many U.S. citizens choose to live or work in Panama.This country is as entrepreneur-friendly as you’ll find and remains a land of opportunity for anyone looking to reinvent him- (or her-) self and earn an income at the same time.Kat Kalashian Editor, LIOS Confidential