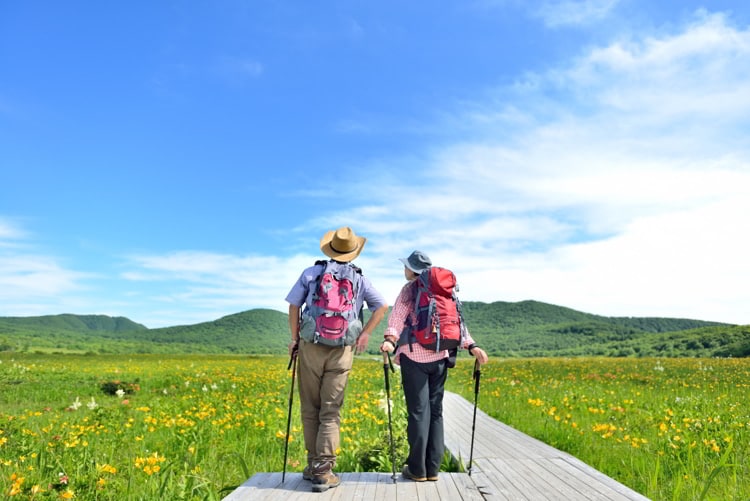 What Makes You Miserable? Start Your Overseas Adventure There

This will be a piece of cake, I told myself as we prepared for our move from Baltimore to Waterford what now seems like a lifetime ago…

How different can Ireland be from the United States? My husband, my daughter, and I, we’ll slide right into Irish life.

I discovered quickly, though, that I’d been overly optimistic. The Irish speak English (sort of), but they operate differently from Americans.

In truth, adjusting to life in Ireland was more difficult than we ever could have predicted. We discovered that launching a new life on the Emerald Isle was in some ways more challenging than it would have been in Ajijic, Mexico, say, or Boquete, Panama.

Ajijic and Boquete are established expat communities, home to thousands of foreign retirees who speak the same language, share the same interests, and approach life in the same way. There are no expat communities in Ireland. In Waterford, we settled in among the locals and embraced Irish country living. We had no choice.

Our Irish neighbors were friendly and welcoming, but sometimes we longed for American company. For fellow Yanks who’d appreciate our offhanded cultural references, understand our slang, and laugh at our jokes.

In Paris, we had a different experience. While you won’t find established expatriate neighborhoods in the French capital, you will find lots of expats. Living in Paris, we made new friends who were Italian, Spanish, Portuguese, Argentine, and yes, to our relief, American. We made many French friends in Paris as well, but we had no trouble finding American company when we wanted it.

In Panama City, where we’ve called home for the past decade plus, again, we’ve been living among the locals. We’re not the only gringos on the block, as we were in Waterford (our next-door neighbor hails from Arizona), but we’re not living in a gated community of fellow foreigners either.

A Key Factor When Deciding Where To Move

One of the fundamental choices you must make as you survey the world map in search of the overseas retirement haven with your name on it is this:

Would you be more comfortable retiring to an established expatriate community, a place where you’ll have no trouble slipping into the local social scene and finding English speakers who share your interests?

Or do you want to go local, immersing yourself in a new culture completely?

This important early decision may never have occurred to you. But I encourage you to consider the question directly and as early as possible in your “where and how should I reinvent my life overseas?” thinking, for the answer sets you on one track or another, and they lead to very different places.

It can be easier, frankly, to seek out a place like Ajijic, where your neighbors would be fellow North Americans, where you’d hear more English on the street than Spanish, and where you’d have like-minded compatriots to commiserate with over the trials and tribulations of daily life in a foreign country.

Ajijic, for example, could as easily sit north of the Rio Grande as south. It can seem like a transplanted U.S. suburb.

This can make it a terrific first step for some, a chance to dip your toe in the overseas retirement waters rather than diving in headfirst. In Ajijic, you’d be living abroad and enjoying many of the benefits (great weather, affordable cost of living), but the surroundings and the neighbors would feel familiar in many ways. You could shop at Walmart, meet up with fellow Americans for bridge on Thursday evenings, and never have to travel far to find English-language conversation.

On the other hand, life in Mexico would be a very different experience if you were residing in a little fishing village or a small colonial city in the mountains where you were the only foreigner in town. Settling among the locals means you must learn to live like a local… and to speak at least a little of their language.

Is that thought appealing, exciting, and invigorating? Or is it terrifying? Be honest with yourself as you consider your response.

In addition to that fundamental question, in my experience 14 other factors are important to take into account when you’re shopping for a new country to call home. The key is to consider each of these things within the context of your personal circumstances.

Things To Consider As You Plan Your Overseas Move

I list these considerations below according to a general order of priority. Your personal priorities may be very different. You must determine for yourself what’s most and least important to you. On which points are you happy to be flexible… and on which of these points would you be miserable if you compromised?

I include safety last on the list not because it’s the least important but because you can take for granted that every place I introduce in these dispatches (and otherwise) is safe.

In some places we recommend, you won’t even have to worry about locking your doors at night. Everything else on the list of factors to consider is a matter of priorities and perspective, but unsafe is unacceptable.

One of the most important issues for anyone considering a move to another country is cost of living. In some cases, a reduced cost of living is the primary and driving agenda. It’s also the issue most affected by your answer to the “go local/don’t go local” question. Living among the locals can decrease your cost of living significantly, certainly compared with the cost of trying to export your U.S. lifestyle to another country.

Climate is probably the next most common reason (after cost of living and cost of real estate) for thinking about moving to another country and could be your main motivation for considering the idea. Some places around the world boast springlike temperatures year-round. For many, this is reason enough to relocate at least part of the year.

Issues such as taxation and special benefits for retirees, on the other hand, are important but probably not key factors. You don’t want to organize your life around tax codes or senior discounts. These are secondary factors that may help later when you have narrowed down your choices and are torn between two or three destinations.

If you have an ongoing health concern or if you’re moving with children, your priorities are set for you. If health care is your key issue, then your Dream Havens list can include only places with first-class and First World health facilities.

If you’re moving with children, the determining factor is the availability of international (preferably bilingual) schools.

If you’re considering starting a business to help support your adventures overseas, then tax and other government incentives targeting entrepreneurs and foreign investors can tip the scales for you.

Culture, recreation, and entertainment are not key but important considerations. How do you like to spend your time? What diversions would you miss most if they disappeared from your life?

Considering the issues on this list is perhaps the most important part of planning a new life abroad. Every decision should be made based on your preferences and circumstances.

I encourage you to get out a pen and pad of paper now and focus on these questions.

I’m not kidding. Go on… you can afford to take 10 minutes to begin this important process. Take this first step now… and you’re on your way.

The first step, as they say, is the toughest.

Then keep reading. I’ll continue to help you connect the dots between your priorities and preferences and the pluses and minuses of each destination on our radar.