Home / Archives / Live And Invest Overseas Confidential / What Life In Cyprus Is Like: Uncovering The Jewel Of The Med

What Life In Cyprus Is Like: Uncovering The Jewel Of The Med 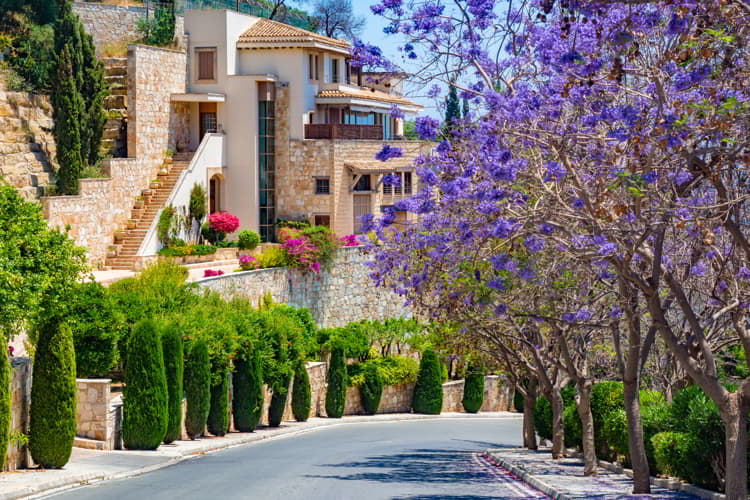 What Life In Cyprus Is Like: Uncovering The Jewel Of The Med

Falling In Love With The Isle Of Aphrodite

At the far eastern edge of the Mediterranean… blessed with year-round warm weather, clear blue waters, and over 400 miles of coastline…

Where English is so commonly spoken, you’d never have to learn the local language (in fact, the locals even speak it amongst themselves)…

The food is light and fresh, fish and salad served with every meal…

The coffee is strong and aromatic, and locals are always ready to stop for one…

Fruit is fresh and juicy—at least, when it’s not being candied in the local syrups and eaten as a rich dessert…

And, to top it off, life (and real estate) is as affordable as it gets in Europe…

You can enjoy a healthy meal and a cold glass of wine for just 10 euros a person, for example…

This is Cyprus, the southeasternmost corner piece of the European Union, where you could live a luxury lifestyle on the beach for as little as US$1,000 euros a month—really.

The third-largest and third-most populous island in the Mediterranean and sitting at its far eastern edge, with Egypt to the south and Turkey to the north, Cyprus is divided from east to west…

What Life In Cyprus Will Be Like For Expats

The island’s official languages are Greek and Turkish, but English, though not an official language, is the lingua franca between these, and it’s rare to meet someone who doesn’t speak it. Over 80% of Cypriots are said to be proficient in English, and signage and advertising are often in English.

That’s not to say Cyprus feels Westernized, though… when you’re here, you know you’re at the edge of Europe, on the cusp of the Middle East.

On the other hand, it’s a completely modern island, and grocery stores here are more American than European—they are huge, with parking lots just as big. I’ve honestly not seen supermarkets on this scale anywhere else in Europe.

As a former British colony, it’s easy to find British and Irish brands here, and you’ll see the British influence throughout—from the many, many roundabouts to the commonly offered “Full English” breakfast platters.

Lunch, though, owes more to Greek than any other culture, when large family-style plates of meat, fish, and salad are served, accompanied by hummus, yogurt, tarama, and eggplant dip.

By the time you’re craving a mid-afternoon refreshment, Turkey’s influence reigns supreme, as Turkey’s eponymous coffee is served (to be politic, call it Cypriot coffee when in the south). If you want something lighter, try a frappe, a whipped ice coffee, that the island swears they came up with before anyone else.

You’ll need a car to get around on the island, even within cities. Cyprus has a disproportionately high car ownership rate, due, I’m told, to the heat. “Cypriots don’t walk anywhere,” a local colleague informed me bluntly.

Roads are good quality and well maintained across the island, but traffic in the main cities can get bad. The standard of driving on the island is generally low compared to North America or the rest of Europe, so be wary of other drivers here.

Don’t forget that they drive on the left here, and brush up on roundabout etiquette.

Cyprus is lousy with castles, ruins, tombs, churches, and other ancient and medieval sites to visit, but the majority of the island’s museums are in Nicosia.

In Nicosia, you could also catch a symphony performance, but you won’t often come across opera, ballet, or other upmarket performing arts here.

Clubbing here is for those of all ages, so put on your dancing shoes and join the party! Many clubs are attached to swanky hotels or are on the beach, often with themed entertainment like belly dancing, flame throwing, stilt-walkers, and more.

The coast and sea are the most obvious forms of outdoor entertainment here, the beaches alone drawing millions of visitors a year. Diving, snorkeling, boating, fishing… there’s no limit to what you can do on or near the water here.

In the mountains, hiking is popular in the cooler months, and it’s even possible to ski in winter in the Troodos range.

Birding is a popular pastime here, as the island is home to many endemic species but is also a pitstop for over 300 types of migratory birds.

From August to October, turtle lovers come to watch and help protect the babies hatching all over the island.

At the end of May and beginning of June, it seems as though the entire country heads to the strawberry farms for a day of picking.

Every April, a festival for orchids is held in Hisarköy. Tour companies around the island offer orchid walks, boasting over 35 varieties per walk, some very rare.