Home / Archives / Live And Invest Overseas Confidential / Find Out How To Live Better For Less In Cuenca, Ecuador

Find Out How To Live Better For Less In Cuenca, Ecuador 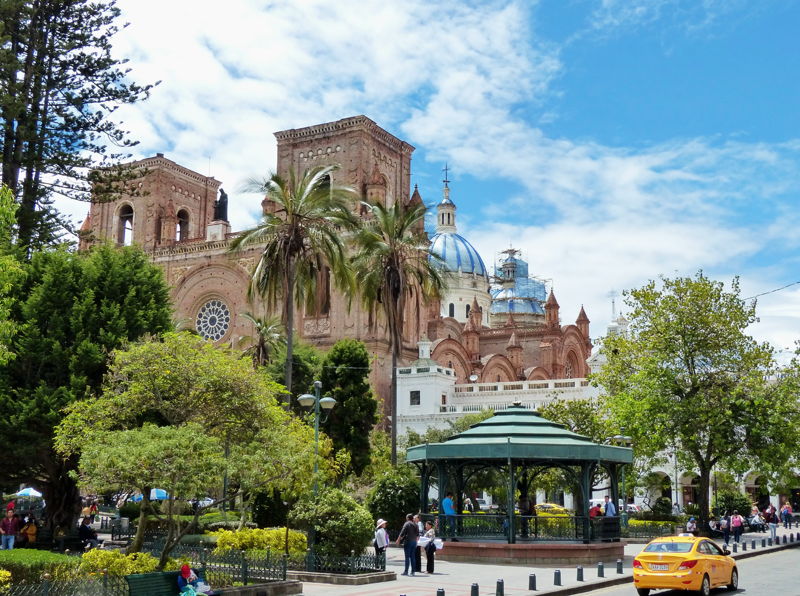 Find Out How To Live Better For Less In Cuenca, Ecuador

For many, there are few things more enjoyable than the charm and splendor of a well-kept historical city. The plazas, cobblestone streets, courtyard homes, and flowered balconies give you a peek into some bygone empire’s grand era.

Living in these cities is like stepping back in time every day… bustling markets sell fresh foods and artisan goods, Baroque cathedrals punctuate the skyline, and a traditional way of life is honored and protected. It’s like the best of the good old days we grew up with… coupled with the modern conveniences we’ve come to depend on.

These colonial haunts tend to be at least partly pedestrianized, so locals walk and bike—meaning less traffic and pollution—and you’re spared the cost of keeping a car.

Historical cities usually fall into two categories: cosmopolitan centers that come at a higher cost… or rustic and rural where you’ll find a more “local lifestyle.”

As we opened registration last week for our 2020 Live and Invest in Ecuador Virtual Conference, today I’d like to give you a brief introduction to the colonial city of Cuenca…

Considering the two types of historic cities mentioned above, Cuenca falls somewhere in the middle…

It’s not quite up there in the “cosmopolitan” ranks, but it does offer many of the trappings of a cultured city. Yet, the cost of living is surprisingly low.

Although it was recognized in travel publications for years and known to foreign students as a good place to study Spanish, the city didn’t make a big impression on North Americans considering a move overseas until the turn of the century.

Cuenca’s popularity came in the early 2000s just when the internet was coming of age. You no longer needed a magazine or newspaper subscription to investigate other countries. You could sit on your couch with a laptop and explore your options. And word about Cuenca’s attractions spread fast.

“The infrastructure is good and getting better, the weather and colonial culture are excellent, and it’s relatively easy to get to, especially from the United States,” says Senior Correspondent Lee Harrison, who moved to Cuenca from New York in 2002…

“Most important, the city is the perfect size for a lot of people—large enough to have big city amenities and cultural activities but small enough to have a comfortable, homey feel.”

The cultural attractions Lee refers to include Cuenca’s Cañari and Inca heritage, its well-preserved Spanish historic district (second only in South America to nearby Quito’s in size), and its reputation as a center for the arts. The city has one of the best symphony orchestras in South America, which performs free much of the year. It’s also home to dozens of museums and art galleries and hosts an international film festival and an art biennale.

On top of all that, you have an efficient public transportation system, the best drinking water in Latin America, and good health and dental care. Ample opportunities for outdoor activities abound, including biking, fishing, and hiking. To enjoy, go 15 miles to Cuenca’s west to nearby Cajas National Park, or drive a few hours to Ecuador’s Pacific coast or the Amazon jungle.

What About That Cheap Cost Of Living?

The savings come not just from point-of-sale purchases but from a lifestyle change. Take transport, for example…

Cuenca’s expats get by with public transportation, resulting in hundreds of dollars in savings per month. Say goodbye to two cars in the driveway—the few expat couples who do own cars keep only one.

One of the biggest savings you’ll encounter as a North American is in local real estate. At US$145,000, the average purchase price of a home in Ecuador is less than 50% of a comparable property in the States.

In Cuenca, average price per square meter is US$1,456. Costs are higher in the historic center—but not at all prohibitive…

You could own a one-bed, turn-key condo—right in the historic center—for US$120,000. Rents here can be anything from US$650 to US$1,200 and higher. But you’ll find plenty of attractive offerings around that US$650 mark. And, prices drop for both sales and rentals as you retreat to the outskirts of the city.

Is Cuenca For You?

If you’d like to hear more about all that Cuenca has to offer—as well as the lowdown on your other top options in Ecuador—be sure to join us online next month for our Live and Invest in Ecuador Virtual Conference.

This live online event takes place over March 13–14. Once you register, we’ll send you the program of scheduled speakers, so you’ll know when to tune in on your tablet or laptop. (If you have to pop out at some point, don’t worry—we’ll be sending you all the recordings from both days.)