Home / Archives / Live And Invest Overseas Confidential / Back In Paris, But For How Long? My Life As A Serial Expat

Back In Paris, But For How Long? My Life As A Serial Expat 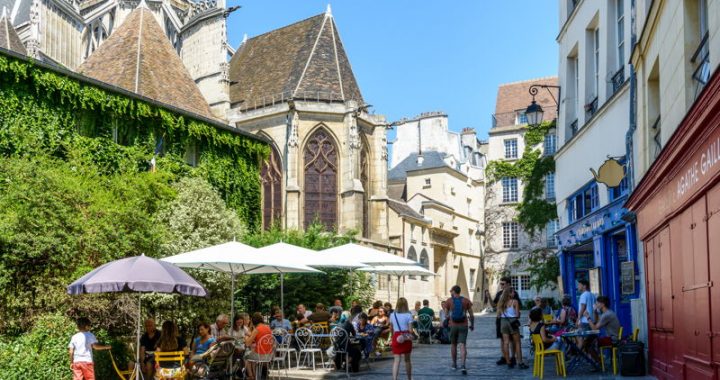 Back In Paris, But For How Long? My Life As A Serial Expat

Secret Diary Of A Dragged-Overseas Expat

After almost 12 years away, I’m finally back in France.

But just how long I’ll get to stay this time is anybody’s guess.

You’d be forgiven for calling me a serial expat. But, I was born into it, rather than choosing that path for myself…

My mom, Kathleen Peddicord, moved the family to Ireland when I was 8 years old. If you’re familiar with Kathleen’s missives, you’ll know that, although I finally settled into our new life, I wasn’t entirely thrilled to be leaving U.S. shores behind.

And, after seven years, I’d seen enough of Irish mists, ceaseless green pastures, and old country charm to last me a lifetime.

I knew there had to be more out there.

Luckily for me, in their fourth year of secondary school, Irish kids get what’s fondly referred to as a “doss year.”

“Transition year” is the official term, but it’s basically a gap year—a chance for these teenagers to get their heads out of books and feet on new paths before settling into study for their final school exams.

I decided Paris was my new path.

I broke the news to my parents, looked up boarding schools (thinking I’d be going solo), filled out applications, and planned a scouting trip.

Turned out, I wasn’t the only one with a seven-year itch… as evidenced by the “For Sale” sign that was promptly hammered in outside our Irish country home.

Yes, the whole family was along for this Parisian ride, including, now, my Irish-born brother, Jack, about to be launched into his own version of my childhood transplantation—this time at my behest (oh, the irony).

And, I loved everything about Paris. Not to say it was all croissants and accordions… The first year was just as difficult as that first one in Ireland—though in vastly different ways. Once I became fluent in French, it felt like the world was at my fingertips…

And, along with so many other things, I discovered my passion in life—art, which I followed to college in New York.

Now, at this point, you may be thinking…

“But Paris… art… isn’t that the perfect combination? Why on earth, Kat, did you go back to the United States?”

By then, my then-boyfriend (now husband) Harry was living in the States. That may have been an influence. But, honestly, it never really occurred to me to go to school in any other country.

Little did I know that the transition back to the States would be the hardest move of my life—that first year, missing Paris, was the worst of them all.

Whenever anyone asked if I’d stay, my answer was always a firm:

“No, I’m just doing what I have to do to get back to France.”

But, by the time those four years were up, the tables had turned once again…

By now, Harry—who had been working for Live and Invest Overseas for several years—had moved on down to Panama City. And so, Panama became my next stop… and was home for seven more years… until the itch set in once again…

So here I am back in Paris, husband willingly in tow. The place that, somehow, unwittingly, my 14-year-old-self suspected the future should lead.

I tell you all this, dear reader, not to bore you with my life story (apologies after the fact), but to illustrate that expat life comes in many chapters… not all necessarily chosen or ideal, but that always result in growth.

Each chapter, whether I knew it or not, led me to the next. Now that I’m back in Paris, relishing every minute, marveling at every experience, I’m glad I had the patience to follow through all those interim chapters since I was last here. It’s helped me to fully appreciate this new one.

Likewise, you may not find paradise on your first try. But, at the very least, that willingness to try leads to a new idea…

I guarantee that the experiences along the way are worth it in themselves (honestly, there are even times I miss those misty days on the Emerald Isle).

And, don’t lose heart if you’re toting along a spouse or family that isn’t always 100% on board. This international living stuff builds character.