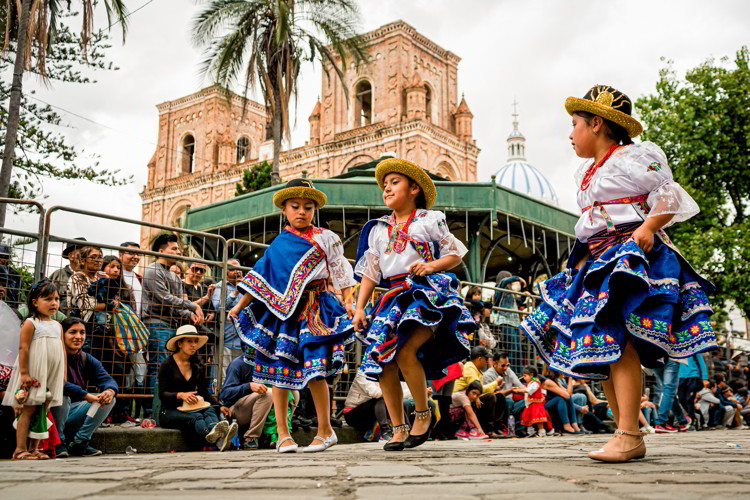 It’s been years since I visited Ecuador myself, but as we prepare for our Live and Invest in Ecuador Workshop, my mind has been cast back to this enchanting country…

When I was last there, it was for work but it felt more like play.

Ecuador is one of the best places in the world to make an import/export business work, and I was there scouting out deals for our family’s little offshoot business: Trader Jack’s Bazaar. My brother, Trader Jack, started this business at about 12 years old, picking up cool things when traveling that he thought others might like to buy.

On assignment in Ecuador all those years ago, I found incredible deals on alpaca and leather goods. I traveled through several little mountain towns to find the best local markets, and I negotiated to buy in bulk from the artisans.

It’s hard to imagine having more fun while “working”—traveling to shop as a career is a dream job.

I brought all the blankets, ponchos, and capes back to Panama with me and sold them online and at our in-person conferences, along with all the other goods from all over the world that we had to sell.

We’ve long since exhausted our inventory, but many other expats have done the same thing over the years in Ecuador to decent profit. Our little suitcase-level export business was a once-in-a-while enterprise that we intended to keep at its small, manageable level. But others have started at this same pace and eventually ramped up to filling up containers, organizing storage and fulfillment Stateside, and hiring web managers to take on the day-to-day of an online business.

Others have even turned their import/export business into a brick-and-mortar operation, with little boutique alpaca, jewelry, antique, and leather goods stores back in their home town.

But the real bottom line to this opportunity is how affordable it is in Ecuador—whether you’re purchasing goods for a small business or living there.

As I say, though, it’s been years since I was there, so I’d like to share some words from a longtime Cuenca expat, David Morrill, who shared some notes about Christmas in his charming city…

For tourists and foreign residents, Cuenca’s Christmas Eve Paseo del Niño parade, or Passing of the Child, is a colorful, often bizarre mixture of the sacred and the profane.

To locals, it is a time-honored Christian festival of thanksgiving and homage that combines Catholic and indigenous traditions.

For everyone who participates, it’s a whole lot of fun.

There are also bands, dancers, and street performers, stilt-walkers, and various Biblical characters. In recent years, the Three Wise Men have made an appearance on Harley Davidsons, and Mary and Joseph have cart-wheeled the length of Calle Simón Bolívar. Everywhere there are children dressed in colorful homemade costumes.

History Of The Parade And What It’s All About

Introduced to Latin America by the Spanish almost 500 years ago, the Paseo del Niño is a Christmas celebration in which likenesses of the infant Jesus are carried through towns and villages. In Ecuador, the tradition remains strongest in the Andean region.

Organizers of the Cuenca parade claim that theirs is the largest Paseo del Niño in all of Latin America; as many as 50,000 will participate in the procession, with about 200,000 more watching from sidewalks, balconies, and rooftops.

The parade is actually a collection of hundreds of smaller parades, according to José Washington Noroña, one of the event’s organizers.

“Every neighborhood and nearby town will have its own parade with its own entries. Each will carry its own statue of the Christ child. This is something that communities plan for the entire year. Although most entries are from Cuenca and the surrounding area, some come from as far away as Loja in the south, as well as Otavalo and Ibarra in the north,” says Noroña.

Although the Christmas Eve parade may be the main event, the Paseo del Niño celebration is a three-month-long activity, beginning the first Sunday after Advent and continuing until Carnaval in February.

The Paseo Del Niño And The U.S.

“Those who have done well there send money as thanks for their safe passage and future success.”

The U.S. influence is evident in many of the parade entries. Children wear cowboy outfits and such personalities as Bart Simpson and Richard Nixon, dressed up as Santa Claus, have made parade appearances. No matter the origin of the characters, Noroña says that the organizers try to keep the focus religious.

“We don’t dictate what participants can do, but we try to keep the focus on the birth of Christ. Last year, I saw a man dressed as SpongeBob and thought he was a little out of place.”

The centerpiece of Cuenca’s parade is an 1823 sculpture of the infant Jesus that was commissioned by Cuencano Josefa Heredia from an unknown local artist.

When the sculpture came into the possession of Cuenca Monsignor Miguel Cordero Crespo more than a century later, he took it to the Holy Land and Rome in 1961, where it was blessed by Pope John XXIII. After the journey and the anointment, the statute became known as Niño Viajero, or Traveling Child, and has been the parade’s main attraction ever since.

The parade begins at Iglesia Corazón de Jesús on Calle Gran Colombia at about 10 a.m. on Christmas Eve and continues well into the afternoon. It winds its way down Calle Simón Bolívar, ending a few blocks east of Parque Calderón.

Along the parade route and in nearby parks and plazas, hundreds of vendors sell traditional foods, cotton candy, ice cream, and candy. There are also several distribution points for chicha, a traditional holiday beverage. It’s free, but beware: The alcohol content is high.

Although the sidewalks and balconies around Parque Calderón are considered prime parade-viewing areas, anywhere along Simón Bolívar will provide a good vantage point. The best looks are probably from the upper-floor balconies of homes and businesses along Bolívar.