Expats Discuss Why They Moved To Medellin, Colombia 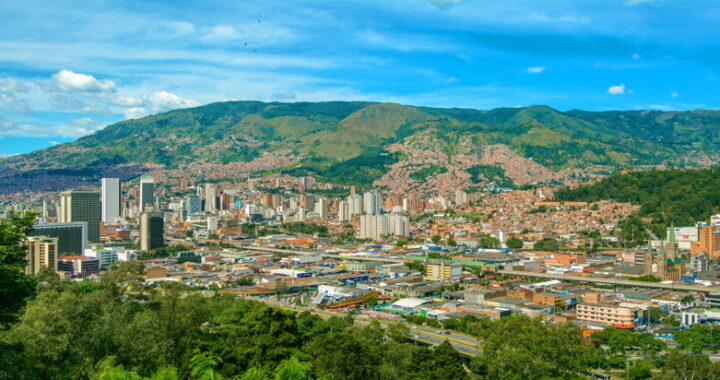 Expats Discuss Why They Moved To Medellin, Colombia

“Let me know when you start showing mild climates near lakes and I’ll consider it!” a reader wrote in this week.

If you’ve read more than one of my dispatches, you know that I’m not here to present you with any one particular lifestyle. The year-round beach life of the stereotypical gringo is not for everyone.

Personally, I enjoy the experience of four seasons. But I know others who have lived through months of snow—year after year—who would do anything to avoid another winter… in any part of the world.

I’m thinking about people like Marisa Ferrera and Randie Rabideau.

Starting in 2009, this Canadian couple was on a quest to escape Toronto’s annual freeze.

Marisa and Randie didn’t set out to become expats. But, during the Canadian winter of 2009, they spent five weeks traveling around Panama and Costa Rica. When they returned to Toronto, they had a big new idea.

“After our trip, we realized we had nothing tying us down in Toronto any more. We were no longer working. We were renting our condo. All I could think was ‘We could be anywhere in the world, right now. Why are we here?’

“We thought about spending just six months of the year abroad. But winters in Toronto can stretch beyond six months, so we decided we’d let the condo go and move overseas.

“At that point, Randie drew up a list of requirements for our ‘perfect place’ in the world…

“It had to have reliable infrastructure.

“Good weather was a must (we didn’t want to rely on pumping up the heat or air-conditioning most of the year).

“Ideally, we wanted to live in semi-rural area (close to town for amenities) and be part of a welcoming community.”

Randie picked up the story…

“Leaving Toronto behind, we spent the first six months in different parts of Costa Rica. Then suddenly, we had to strike that country off the list.

“Unfortunately, we didn’t fit any of the criteria for getting residency. Staying there would mean a border run every three months. That didn’t work for us.

“I started to research Chile and we spent some time there, checking out Santiago, the towns along the coast, and the desert areas. But we ran into two big problems. First, we found that, in our favorite area, the temperature would drop to 50 degrees, starting in April. On top of that, it was impossible to find a furnished rental to suit us. After a short stay in Peru, where we had a similar issue in finding a rental, we decided to go back to Panama.”

“Our plan took us as far as the airport in Panama City. At that point, I realized I’d lost my Type-A personality somewhere along the way. Where were we going to sleep tonight? We tapped into the airport Wi-Fi to check out our options.

“We decided to go back to the mountain town of El Valle where we’d spent some time during our previous Costa Rica/Panama adventure. This time we really fell for El Valle and almost bought a lot. After a trip home to Canada, we returned to El Valle in January and were in for a surprise…

“El Valle showed us the true meaning of ‘windy season.’ This was no friendly breeze. This was the kind of wind that would blow you off your bicycle into the ditch. Goodbye, garden furniture!

“It was back to the internet for more research. That’s when Randie stumbled on Medellín, Colombia—a city that’s known for its ‘eternal spring’ weather.

“Now, in Toronto, spring means you’re likely going to have to wear a jacket. And the clouds can make for some dark days. So, I wasn’t totally sold.

“But, when we got there, we found the clouds in Medellín were white and fluffy. The weather was warm. This was pleasant.

“We hopped on the city’s metro and explored a lot of the neighborhoods. We wanted to stay outside of El Poblado and integrate more with the local people. But, in the end, it came down to where we could get a rental. So, we ended up sticking around El Poblado and enjoyed exploring our new home city from there.

“In February 2014, we were in a local real estate office when we saw a brochure for eco-villas up in the mountains… about a 45-minute drive from Medellín. After two months renting a property on the owner’s finca up there and getting to know the area, we decided to buy our own lot.

“Through that purchase we qualified for residency, which meant we could stay in Colombia and not worry about leaving every three months.

“It was about another year before our villa was finally ready. But now we’re in a spot that ticks all our boxes.

“The infrastructure is good—a 20-minute drive down the mountain takes us to the end of the Metro line out of Medellin. From there, we can ride all the way in to the city center.

“The weather is just the way we love it—never too hot or cold.

“Our wish was for a semi-rural area. We’re now a 45-minute drive from all the amenities of the city… but in this beautiful location with a 180-degree view of the Andes.”

That’s just one story from many expats we know who call this part of Colombia home today.

I’ve shared Darren and Wendy Howarter’s story with you before. It was the Illinois snow that pushed them out of the United States in the first place.

Steve and Patricia Turney were won over by the welcome they experienced from the locals.

And Jeff and Heather Raheb say they were comfortable at home in Florida. They just felt like something different. After attending a few Live and Invest Overseas conferences, they also made Medellín their full-time home.

Could Medellín be the place for you?

Only one way to find out…

Join us on the ground in Medellín, June 3-5, for our 2020 Live and Invest in Colombia Conference…

Our mission for this event is to have you come away knowing if Colombia is right for you… and whether you’d be happy living or investing here.

Over three days, you’ll have the chance to experience Medellín for yourself and tap into our friendly network of experts and expats—the people who can prepare you for a safe and straightforward move.

We’ve had a great response from readers since opening registration last week. But, at time of writing, we still have a limited number of complimentary VIP packages available…

For more information—and to reserve your VIP place with us in Medellín—go here now.