Home / Archives / Live And Invest Overseas Confidential / Life In Playa Del Carmen, Mexico, Is As Good As It Gets

Life In Playa Del Carmen, Mexico, Is As Good As It Gets 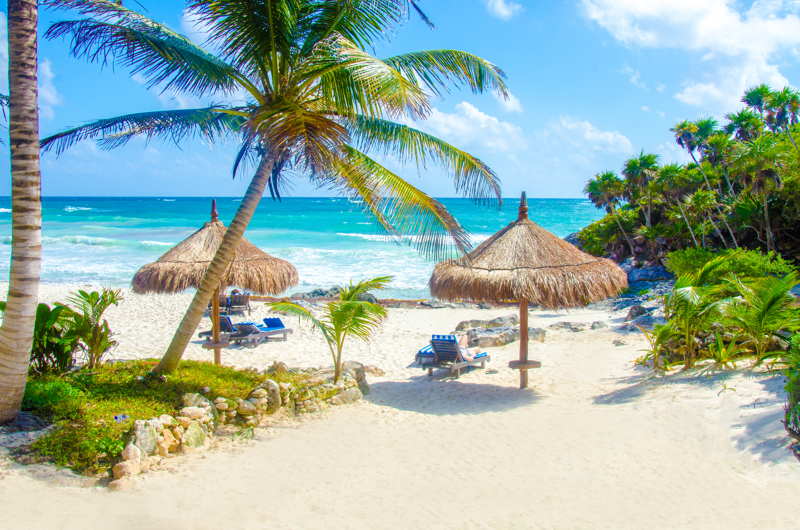 Life In Playa Del Carmen, Mexico, Is As Good As It Gets

The Good (And Affordable) Life In Playa Del Carmen

Playa del Carmen is a little beach town that sits about an hour south of Cancún on Mexico’s Riviera Maya. Once a sleepy fishing town, the port was inadvertently put on the map by Jacques Cousteau in 1954 when he filmed an underwater documentary of the Great Mayan Reef just offshore of Cozumel Island—which lies about 12 miles offshore of Playa del Carmen.

Divers began seeking out these Caribbean waters for themselves, and in the 1970s a port was built to ferry the tourists from the mainland to Cozumel. In the following years Playa del Carmen (or “Playa” to the locals) became more globally known, but only as an access point to Cozumel, the real star.

Simultaneously, 60 kilometers to the north, Cancún was being born. The first expats to Cancún in those early days were mainly European, but once the resort city became overly saturated by tourists, many of these first settlers started heading south to Playa del Carmen. In the 1990s, the population was growing so rapidly that Playa was the fastest growing city in Mexico… and growth has continued strong in the 21st century.

These days Playa is thought to be home to over 10,000 foreigners—expats make up 7% of its total population—including many Europeans, Americans, Canadians, Argentinians, Venezuelans, and many more nationalities. About 65% of real estate buyers are American right now, according to Bric Realty, which has been operating in Playa for over a decade.

It’s been a great time to buy in Mexico for dollar holders, and Playa’s market is attractive for investors, with 12% annual appreciation and rental yields between 5% and 10%. Property taxes are next to nothing, at 0.1% per year.

Expats aside, there is a significant amount of “domestic immigration” to Playa. Many Mexicans feel that this region of their country is one of the safest, so they come here to vacation or live with peace of mind. Plus, this coast is responsible for 30% of the country’s tourism income; the regional economy is stable and jobs are plentiful.

Foreigners can work here too, making it an attractive destination for those not looking to retire just yet. In Playa, I met expats who own and operate bars, teach English, teach at or run schools, manage real estate offices, and more. Many are raising families. This town is growing and has lots of niches to fill. The international school here was founded by expats who recognized that they and other expat parents needed a good option for education.

Playa’s population is incredibly eclectic for such a small town. Tourists, but also residents, are of all ethnicities and represent all parts of society. From young couples to retired couples, from families to groups of students, it seems to appeal to everyone alike. It’s also a welcoming destination for the LGBT community, with several gay bars around town.

Many expats wound up here after they came on vacation and loved it so much they just couldn’t leave. A large number of them are young families who can’t say enough good things about the all-around quality of life. Health care, for example, is super-cheap and excellent quality. The local hospital (a Hospiten facility) is easily accessible on the southern edge of town—only about a five-minute drive from any part of Playa town—and Cancún, about an hour to the north, is home to two excellent hospitals.

Plus, nearly everyone in Playa seems to speak English. Even when I try to speak Spanish with locals, they’re so used to speaking English with tourists that they automatically reply in English. If you feel you may never master a second language, Playa is a good option for you. You could easily get by here in English. If you do want to try your hand at Spanish, though, locals are patient and eager to help.

La Quinta Avenida (5th Avenue) is the pedestrianized street that runs parallel to the beach, one block up. Acting as the town’s boardwalk, this buzzing strip is the heart of the town’s entertainment. Music rolls out of the open storefronts as you walk down the street… Led Zeppelin, then Jimmy Buffett, then salsa… And that’s not counting the live music. In one corner restaurant a woman sings Amy Winehouse and taps a tambourine, accompanied by a man playing guitar. In another, a busking harpist serenades a couple. While my colleagues and I ate at an Argentinian steak house, the table of college-aged friends next to us was entertained by a comedic mariachi troupe.

At about 10 p.m., as many of the older crowd head home after a long day in the sun and a few cocktails with dinner, the rock and roll gives way to club music. Taking their place, the younger crowd starts to fill the streets, and they’re just getting started for the evening. The party here lasts well into the night, with music going strong until the early morning hours. The strip reminds me of a better-behaved Bourbon Street—it never sleeps. Next day, though, streets are clean, and brunch is served at all the sidewalk cafés bright and early (breakfast burritos replace beignets).

Most of the restaurants serve impressively good food in thoughtfully designed atmospheres. Many look trendy enough to hold their own in Manhattan. And the European expats imported their family recipes… some of the Italian and French food was among the best I’ve had. One section of La Quinta, as the strip is known locally, is called Little Italy—these blocks, with freshly made pasta displayed in storefront and restaurant windows, lure in passers-by. You’ll also find steak houses, burger joints, coffee and sandwich shops, all ethnicities of food you can think of… and, of course, plenty of Mexican food.

Eating out is affordable. There are hundreds of restaurants, cafés, stores, bakeries, ice cream shops, and pharmacies all along La Quinta, so competition has kept prices low despite the population and tourism boom.

When it comes to day-to-day living, you’d have no trouble finding anything you’d want or need. And you can get pretty much anything you’d have gotten back home—this little town has 12 supermarkets and 2 Walmarts.

The delightful weather here helps to keep people out and about and enjoying the fun of La Quinta. Temperatures usually hover in the mid-70s during the day, rarely breaking 80, and humidity is low. At night it usually doesn’t get below 60, but the brisk breeze coming in off the shore—the same one that kept you nice and cool during the day—can feel chilly after dark.

To boot, Playa is super pet-friendly. It seemed like everyone in town took their furry, four-legged family members with them as they went about their day… sometimes bringing them into restaurants. On the Saturday night we were out on the town, one street off of La Quinta was hosting an animal welfare group, each representative with a dog up for adoption and a can for donations.

You’ll get used to seeing wildlife as a part of daily life here, too. Giant pelicans flock to the beach as fishermen unload their catches, iguanas bask on beach rocks despite crowds of sunbathers turning into paparazzi around them, and coati (cute, raccoon-like mammals with ringed tails and long noses) can often be seen foraging around any open or lightly wooded areas… like golf courses, where they roam in bands of 20 or more.

While Playa offers a great lifestyle, it’s also said to be the top tourist destination in Mexico, making it an attractive town for investment, too. One agent told me, “If occupancy is a goal, Playa del Carmen is it. It’s always packed here.”

Owning a short-term rental anywhere in this town would earn a good, steady yield. The town’s average yearly occupancy rate is 70% and rentals here easily earn 5% to 10% per year depending on how close to the beach or La Quinta the unit is. A beachfront unit could go for US$500 to US$1,000 per night, a mid-range apartment farther out of the town’s center (closer to the highway) could earn US$350 a night. Beachfront here isn’t cheap to buy, though, at about US$3,500 per square meter—again, though, prices drop significantly once off the beach. Capital appreciation in the town is 12% per year and gaining, so if you’re looking to buy for investment, this area is a good bet.

Playa del Carmen is a great choice for those looking for a vibrant and active beachside community. La Quinta offers residents a never-ending supply of entertainment, plus the expat community is already large and well-established, and the cost of living is low.

While Playa isn’t a super well-known expat destination, Mexico is close enough to home that things all feel familiar—the shopping, the entertainment, the food, the infrastructure, it’s all similar to what you’re already used to. Life in Playa would be an easy transition, no matter where you’re coming from—the only thing that may take some getting used to is daily sunshine and year-round warm weather!

Of course, Playa del Carmen is just one of many options where you can live the good and affordable life in Mexico. In fact, it’s hard to imagine how anybody couldn’t possibly find something to suit them in this diverse country… whatever their budget.

At this year’s Live and Invest in Mexico Virtual Conference—coming up July 15–17—we’ll give you the full story on what it’s like to live in our favorite Mexican havens… including Playa del Carmen, Mazatlán, San Miguel de Allende, Puerto Vallarta, and many more…

This is your only chance this year to get the lowdown from our experts and expats on the ground in Mexico… to arm yourself with all the knowledge you need… and to make connections with the people who can help you make your move with confidence.

Just imagine, when the cold and snow hits the United States and Canada, you load up the car and head on down to your sunny second home in Mexico.

It really can be that simple.