Panama Versus Paris: Reasons We Love These 2 Countries 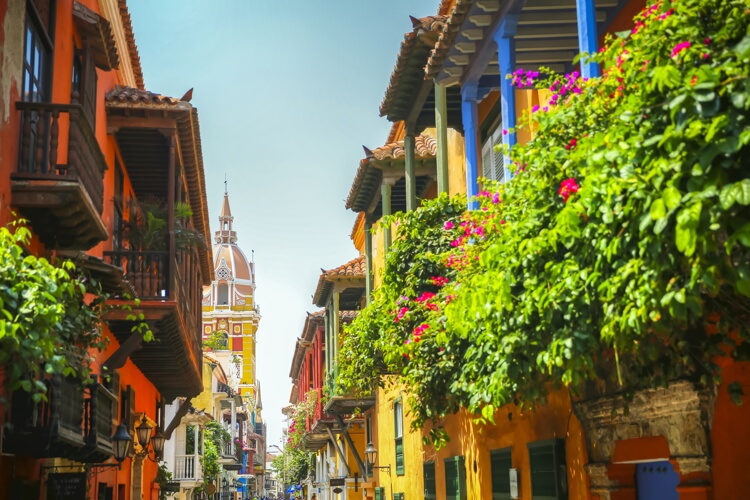 Panama Versus Paris: Reasons We Love These 2 Countries

Panama Versus Paris—Couldn’t Be More Different,
But I Love Them Both

My family and I returned to Panama last week after a three-year absence (thanks to Covid), and it’s wonderful to be back in our sometimes home… and it’s the first time my daughter has been able to visit.

Thanks to our permanent residency, we got to cut ahead of the tourists waiting at immigration—the line moved much slower on that side. Because our vaccination records can’t be read digitally by the Panamanian authorities, we had to have them printed out before leaving and presented them to a separate desk in the immigration office. It only took a minute to get them “converted,” and then we were out the door.

Since being back, I’ve been relishing the things I missed most about Panama—and they’re not the things you might expect…

The Top Things I Missed About Panama

For example, I love that the sun rises at about 6:30 a.m. every day no matter the time of year. The days are getting longer in Paris right now, but not by a whole lot, and during winter, honestly, it’s hard to drag yourself out of bed. The sun usually doesn’t peek out until a few hours after you’ve been up already, and I feel like those hours could be a lot more productive if I had the motivation of some UV rays.

Here, I’m up with the sun and kick the day off with a bang: a good workout, a relaxing shower, and a slow breakfast, all before 8 a.m. Back in Paris, the sun is just beginning to rise by then and I’ve usually done nothing of value before it does.

Second, the food. There are some impressively good restaurants in Panama City, and I wasted no time in checking them off my list: Suvlas for gyros, Tsugoi for sushi, Smashburger for burgers, Leños y Carbón for parillada (grilled foods), and Ciao Bella for Italian… and perhaps a few less refined indulgences (Taco Bell and Popeyes) that Paris is lacking.

Grocery shopping in Panama is a real pleasure for those of us used to the European style of shopping. In the big, wide-aisled supermarkets with foods imported from all over the world, I feel like a kid in a candy store.

Shopping in Paris can be difficult and is far more limited in offering. Stores are small and tough to maneuver in, especially with a stroller. Foods seem far more basic than the elaborate and exotic foods on sale here. On the one hand, this is a good thing—we spend far less on groceries in Paris because we aren’t tempted into buying imported foods, as they simply aren’t as common.

And I can say that eating healthy is much easier in France, because prepared foods really aren’t a part of the culture there. In Panama (as in the States), you can buy ready-to-add packets of seasoning for just about any dish you’d want to make. Soups and other meals in cans, in frozen trays, or in packets that just ask you to add your choice of protein are the norm. They are quick, easy, and delicious (as well as costly).

In Paris, these kinds of short-cut meals are rare and not very tasty. Since moving there, I cook more and more elaborately than I ever have in my life. On the one hand, this is great—I make fairly complex dishes from all cultures on a regular basis now: duck legs, Japanese gyudon, fondue, hachis parmentier (kind of like shepherd’s pie), pumpkin mac and cheese, pot pies, scalloped potatoes, roast beef, quiches… Things I never expected myself capable of making are now our regular repertoire, and all from scratch. We eat better and healthier than we ever have, and we spend a fraction of the cost doing it.

But, frankly, it’s annoying. If I’m lazy or we’ve just gotten back from a trip, there’s nothing to pull out of the pantry and make an easy, nutritious meal in less than an hour. We end up ordering takeout or buying a frozen pizza on these nights.

The climate in Panama is a funny thing… I both love and loathe it. I love that the sun shines every day, for practically the entire day. It’s a great mood booster—how can you be lazy or sullen when you see the sun glinting off the ocean out your front window when you wake up in the morning?

I don’t appreciate the humidity nearly as much… standing still in the shade, you’ll be drenched in sweat in five minutes. It’s simply not pleasant to be outside for many of the prime hours of the day—luckily mornings and evenings are much more agreeable, and as the sun sets at about 6:30 p.m. every day, you’ve got plenty of cool hours after work to enjoy activity and the outdoors.

And you do adapt. When I lived here, I would wear jeans or wool dresses and be able to walk to and from lunch without too much pain. Women here favor turtlenecks and men wear jackets… everyone wears long pants as a default. It’s easy to tell who the tourists or newcomers are, because we haven’t adapted yet and can’t stand to wear much clothing at all.

Perhaps the best thing about living in Panama for us expats is the ubiquity of pools… they say a pool is the kind of thing you never use if you have your own, but that wasn’t true for us. We used our building’s pool at least once a day, and I loved it.

Other amenities like gyms, billiards, grills, and more are usually to be found in high rises in Panama City, gated communities throughout the country, and most private residences designed for or built by foreigners. In fact, a gym membership was one of the significant areas that our budget increased when we moved to Paris.

What else have I missed about Panama? The rum! I’ll be toting back rum, cigars, and a few hats when we leave…

And Something I’ve Newly Discovered To Love About This Part Of The World?

Its family-friendly attitude. Having had no kids when we lived here, I never realized the extent to which babies and children are beloved here. Especially in comparison to France, a notoriously anti-kid-friendly culture, it’s wonderful to be welcomed with open arms everywhere we go. It brings new meaning to the old saying “it takes a village.” Here, it’s almost like kids are communal property—everyone wants to help out and lend you a hand with them. They truly relish proximity to children.

I love our home in Paris, but I won’t lie—it’ll be hard to say goodbye to Panama again and there’s a lot I’ll miss. Hopefully we won’t be kept away for so long before our next return…