Home / Archives / Destinations, Live And Invest Overseas Confidential / What You Should Know About Moving Abroad With Pets

What You Should Know About Moving Abroad With Pets 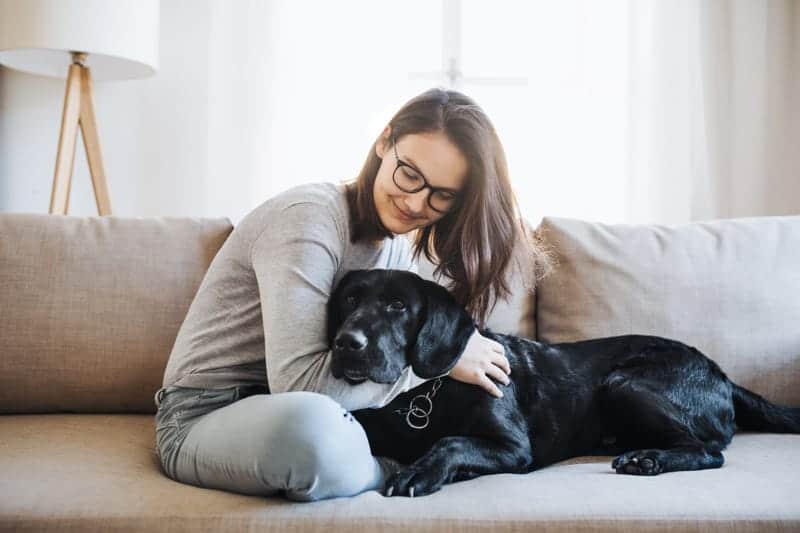 What You Should Know About Moving Abroad With Pets

How Your Dog Can Help You Move Overseas

When moving overseas, one of the hardest things to do—after you’ve gotten your residency and set up your home and generally gotten settled—is integrating into your new neighborhood.

How do you go about starting to feel like you belong?

There are plenty of ways, of course, but one of the easiest for me has been through my dog.

When you have a dog, you’ve got no choice but to walk around your new home several times a day, so it’s an easy way to get your bearings and explore all the little streets around you.

Plus, generally speaking, people tend to like dogs. They stop to pet, ask about the breed, the age, the name… kids come up and ask to play… store owners and restauranteurs recognize you because someone with a dog is more memorable than one without. It’s a great way to force yourself into speaking the new language and practicing small talk every day.

Then you have to find a new vet, take the dog for some exploratory visits to choose which you prefer, maybe register them in your new home (in Europe, for example, you apply for a pet passport when you arrive), make your grooming appointments, ask them to send you anti-parasite reminders, etc.

That means you have to make some phone calls, stop into some offices, learn the pet-related vocabulary you’ll need to use—all the while introducing yourself and your four-legged family to the neighborhood.

As you start to recognize other pet owners who live nearby, you’ll come to know one another and after a few months, you’ll give each other a friendly nod and smile as you pass on the street. When you see each other in the park, you stop to have a chat.

Keep your eyes peeled for groups of dogs in parks, because these groups are likely to meet at certain times of day. Depending on where you move, you may find dedicated dog parks, which are a great way to meet the other owners, but even informal meet ups are a great way to insert yourself into your new community. You’ll be amazed at how much you’ll pick up by taking part—from language to tips on where to eat or which emergency plumber to call on a weekend and everything in between.

When we first moved to Paris, we lived in the 11th arrondisement, right off of the Canal St. Martin. Part of the canal is covered, and that area was made into a long park with gazebos, ping pong tables, playgrounds, and fitness areas. I would take my dog, Bella, there, safely fenced in as it was, and throw a stick for her. The park was home to countless “SDFs,” sans-domicile-fixe—the term for the homeless here in France. Many of these young men were refugees, most had jobs, albeit irregular (like food delivery), and they were friendly for the most part.

As time went on, I began to chat with those I saw regularly. One in particular became a bit of a pal. Rodrigo was from Guadeloupe, and as I had just moved from Panama, we bonded talking about coming from the Caribbean region to Paris. He loved my dog, Bella, and always made a point of saying hi when he saw me.

One day, just after giving birth to my daughter, I lost Bella. It’s my eternal shame, and I’ll never forgive myself… I can only offer myself the excuse of being a new mother and having few brain cells to use during those months. She was gone overnight and after calling every institution and visiting every vet’s office within a kilometer and learning nothing, I wondered if I’d ever see her again.

As I was coming back home from plastering the neighborhood in posters, I saw Rodrigo and told him the story. I asked him to keep an eye out for her and just an hour or so later, he called me to say he had seen her. Another SDF had found her the night before. He’d bought her premium food and slept with her under a bridge, sharing his blanket with her. He was on his way back to where he found her, hoping to find someone who knew her.

Over the following weeks, despite trying to remove the posters I had hung all over, people had recognized her from the photo. Neighbors, shop keepers, restauranteurs, SDFs, and more stopped me to ask about her. I thanked all my lucky stars that I had these acquaintances in the neighborhood who knew her and were looking out for her.

We’ve since moved, but near our old apartment were some old fenced in spaces that had been turned into unofficial dog parks. Every visit was somewhat terrifying—small talk in French makes me unspeakably nervous—but I forced myself to ask questions about other dogs and tried my best to answer those asked of me. Having the dogs as the point of conversation focus helped a lot.

In our new neighborhood, I haven’t found any dog parks, but a group of owners meets every morning on the Champs de Mars, and I’ve been pulled into the group by another American expat, the only other English-speaker in the group.

On Saturday mornings at the Jardin des Tuileries, where I do a bootcamp class, dozens of dog owners meet to let the pups run around with one another in the bosom of the Louvre—possibly the most gorgeous setting for a workout or dog park in the world! I’ve started bringing Bella to my workout and hanging out in the park with the other dogs after.

These little ways of increasing my interaction with the communities of Paris have been invaluable in boosting my confidence and making me feel like a real part of this new world.

A final word on adaptability… we often talk about how hard it is for a foreigner to adapt to a new culture, but we rarely offer this same consideration to our beloved pets. Bella had a very hard time when we first moved. I even bought her some homeopathic supplements to reduce her anxiety.

Panama was a city, too, but Paris is much louder and busier than Panama at the street level. I had such beautiful fantasies of bringing her to cafés and walking her all over the city, but she absolutely hated Paris at first. She barely wanted to leave the house to pee. Partially, this was due to coming from the tropics to December in Europe—she had literally never felt the cold before, of course it was disorienting for her. But it was also the sounds and, I assume, the smells.

I don’t know when exactly she came around, but over time, step by step, she got used to it. She now loves life again. She was used to being leash-less in Panama, but when we first got here, there wasn’t a chance of it. It was as if she had lost control of herself and couldn’t hear or feel me when we were out of the house. She was in full panic mode. Now, once again, I rarely put her on a leash; she happily trots around as we walk in our neighborhood, stops when I tell her, and never strays.

So if you’re moving from one environment to another—be it from small town to city, or city to rural life… from warm weather to cold, etc.—be prepared for your dog to need their own adjustment period.

But once they’ve adapted, put them to work for you and get out to explore your new home together—it’s all the more fun to do it with a buddy.