Why COVID-19 Won’t Stop Me From Dreaming Or Planning 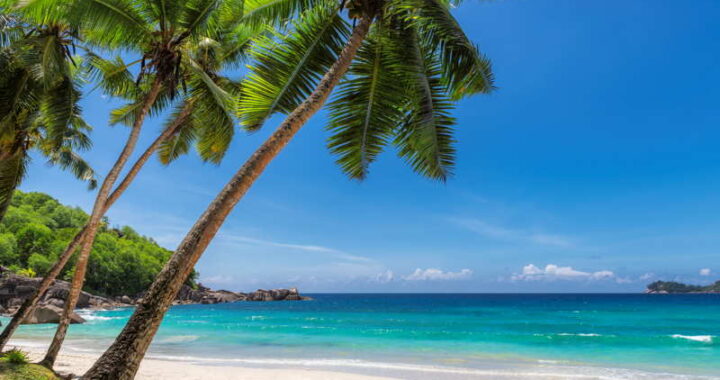 Why COVID-19 Won’t Stop Me From Dreaming Or Planning

I’m Back… But What’s Going On Here?

It was 10:30 on a Saturday night, just when we were deciding on dessert or not…

Our phones dinged… along with everyone else’s in the restaurant.

The text message was an announcement from the French government.

We only had another hour to eat before this café—along with all the others in Paris—would be shuttered until further notice.

This was back in mid-March when Harry and I were out on our weekly date night, having dropped our newborn, Ariadne, off with my parents for the night. It was our first night without the baby, and we were hoping for a nice dinner out and a full night’s sleep…

This café was just a few blocks from our apartment. I was enjoying foie gras, soft cheese, rare steak, and being able to drink to excess for the first time in nearly a year.

The plan was to stay out for another couple of hours. There was a cocktail bar I wanted to check out. But, with the arrival of this text message, no bar hopping for us that night… or any night in the near future, apparently.

Just a couple days before, Macron had made the bold statement that we should continue to live as usual. He and his wife were going to the theater that night, and he encouraged us all to get out and carry on.

Within 48 hours, he told a press conference that we were at war.

The following Monday was eerie… not a soul on the bustling streets around our apartment, not a car at our usually busy intersection.

Several of the cafés around us are open practically around the clock. I had never seen the streets void of tables and chairs, never seen many of the storefronts locked up. But I (and, probably, most of the world) was still a little oblivious to the severity of things. It all seemed a little exciting… there was no real danger, of course.

By the following weekend, we had to join the lines outside of grocery stores… only to find many shelves were empty by the time you got in.

After a few months of maternity leave, it feels like I’ve come back to work in a different world… a much larger, much less accessible world.

When once we could have hopped on a train and visited another country on a whim here in France, now we aren’t allowed to travel more than a kilometer from our address.

We at Live and Invest Overseas like to think of the planet as a small one—one that is wide open to everyone, no matter where they start from.

We’ve come to think of the world as an unlocked vault, full of new things to discover whenever we decide we want to.

But these days, it can be hard to remember that the world is a place you want to explore. Fear has highjacked our sense of wonder.

My daughter, Ariadne—who has no idea there is anything different or wrong going on in the world—smiles and coos with abandon. All she needs is some milk and her parents. Thanks to the virus, we’re both here with her 24/7, much to her delight.

She was born Jan. 30—just as I was beginning to hear news of this novel illness that prevented my brother from returning to school in Shanghai.

Having no idea it would spiral to the extent it has, at the time I thought this was a stroke of good timing… Jack could stay in Paris for the birth of his niece, he could help us walk the dog while we stayed in the hospital, run out and grab us food in those vulnerable first few days, and generally lend a helping hand. It was wonderful to have him here, and he was a great help.

By the time his school had decided to send him to NYU’s Manhattan campus for the semester, we still had no inkling that the virus had made its way out of China. We were all excited for him to spend a while in New York—it would be his first time living in the United States. Safely over the pond, he settled into new dorms with new classmates, and we thought no more of the virus.

By the time I emerged from my post-natal bubble… and started paying attention to world events again… Italy was in a state of emergency. Friends started worrying that we here in France might need to prepare ourselves for the same level of crisis.

But that seemed alarmist. Italy had over a thousand deaths at that point—France had a mere couple of cases. There was no way it could get that bad here. Of course, now we know differently.

The initial confinement and closures were announced to last 15 days, but that was extended by another 15. We’re now told that the Paris area will reopen May 11. We’re on the edge of our seats…

As the weeks have gone by, we’ve gotten used to the new normal. Inventories have more or less stabilized. People go out—mostly with masks on, but they do go out.

Still, as I said, the world feels different…

Our once-simple grocery shop has become a daunting undertaking.

Getting on a plane and wandering around a foreign city?

Now that seems downright insane. An antiquated thing of the past.

It’s hard to imagine ever again having the freedom to move. It feels like we may never regain the independence that used to be our second nature.

So I’d like to take this opportunity to give us all a good shake.

This is not permanent. Everything will get back to normal eventually. Our species has survived worse crises than this, and we’ll get through this one, too.

A big part of why Harry and I chose to move to Paris was its convenient location in Europe and the excellent transport options to get out and about, whether domestic or border crossing. We had at least half a dozen trips in mind when we moved here in December 2018, and we planned to start checking them off our list as soon as spring rolled around.

I lost last summer due to pregnancy. First-trimester nausea meant I was on lockdown long before there was such a thing as COVID-19. By the time I was feeling better, I had gained a bump and moving around wasn’t all that comfortable. We managed to get to Greece for a babymoon, but that was it for 2019.

I eagerly awaited the arrival of spring 2020, when we’d be a family of three and could all get out and see some of the world—one of us for the first time! Road trips throughout France, to Belgium, Luxembourg, and Germany… trains to Holland, the U.K., and up to Scotland for the Highland Games… quick flights to Italy and Slovenia…

But once again, my plans were dashed.

Who knows when the EU will open back up or when I’ll even be able to take a car to another city here in France. But I’m champing at the bit…

As soon as we can, we’ll be driving to Brest and Nantes, Reims and Rouen…

Once borders open up again, the first stop for us will be London—hopefully before the autumn chill arrives. Once winter sets in, we’ll head for Slovenia, where it gets snowy. Maybe we’ll do some skiing, or just enjoy the icy scenery, glasses of mulled wine in hand.

I might not be able to follow through on all (or any of) my travel dreams for 2020… but the world will right itself eventually, and in the meantime, I won’t stop making plans.

And, neither should you…

Don’t lose your thirst for new places and new experiences. Don’t lose that hunger to get out and beyond the world you know. Wherever you are in your go-overseas journey, continue on—in the theoretical for now, but with the confidence that your plan will be executed after these COVID delays and detours.

The pandemic may have delayed your plans. It may even have given you second thoughts about big life changes…

You can’t let it derail your dreams, though. Everything you wanted— perhaps were even close to attaining before the virus threw a wrench into the cogs of the world—is still attainable…

As you’ve probably gathered by now, flexibility is one of the foremost virtues you need as an expat.

So onwards and upwards.

Let’s change the conversation and daydream about our future adventures…