Why Mexico Is Best For An Easy Retirement Overseas 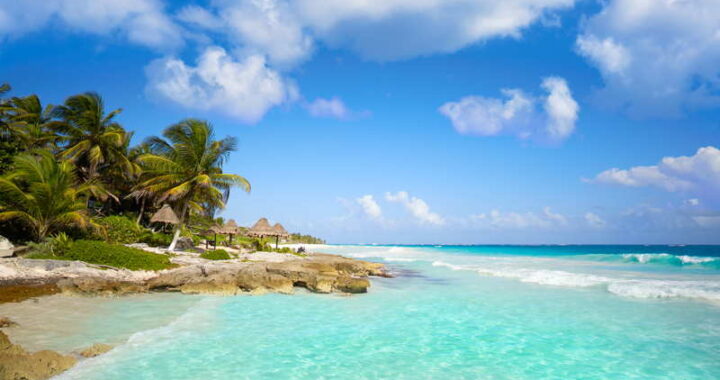 Why Mexico Is Best For An Easy Retirement Overseas

Panama has been called the ultimate halfway house for American expats. But I disagree…

For those who aren’t ready to launch themselves into a truly foreign culture… who want some familiar comforts, reliable services, and to be able to get by in English… Mexico is the ticket.

It’s estimated that nearly two million Americans and 500,000 Canadians live in Mexico, part- or full-time… and with good reason…

The highly Americanized culture is only one of the attractions. Mexico’s proximity to the United States and Canada is another big plus for the many retirees living there who want to make trips back home to see grandkids every now and then. Plus, the excellent infrastructure makes living easy, residency is straightforward, the county’s got many great lifestyle and climate choices, and property is affordable, as is the cost of living.

I lived in Panama full-time for over seven years, and I have been traveling throughout Latin America since I was toddling. On my last trip to Mexico, though—a while since I’d been in the country—I had forgotten just how well appointed it is…

The roads are wide, well paved and maintained, properly painted, lit, and signed. What’s more, drivers are polite and obey the rules of the road. If you haven’t spent a lot of time driving in Latin America, these things may not seem notable. But many countries outside North America and Europe can have dangerously poor roads and little driver’s education.

If you do have car problems, though, Mexico has a helpful government program called Angeles Verdes—trucks that police the highways looking for drivers in trouble. Such government initiatives illustrate how well organized the country is—most countries south of the border could never wrangle the oversight to implement a highway safety patrol program. Panama has trouble enough providing adequate traffic police to rein in the chaos that rules her roads.

While Panama City has a few imports from the United States, Mexico has far more… and in greater volume. Throughout the country you’ll find plenty of familiar places to shop and eat: Chili’s, 7-Eleven, Jimmy John’s Sandwiches, Starbucks, Sears, Walmart, Home Depot, Costco, Sam’s Club, nearly every fast-food joint you could think of. All are available to you not just as a consumer, but also as a business owner. A franchise is a viable way to earn money in Mexico.

Mexico is typically thought of as being a primo retirement destination—which it certainly is—but plenty of expats here are also making a living and raising families. Many start businesses in their new home: schools, restaurants, bars, real estate services, franchises, and more. Or they work remotely, consulting online for U.S. or European clients.

Already an affordable place to live, the current exchange rate means U.S. dollar holders can now live in Mexico at a significant “discount.” Coming from Panama (which uses the U.S. dollar), I found that my greenbacks went farther than I expected. I rarely spent more than US$15 on a meal and drinks, even though I was usually eating in tourist hotspots, and decent hotels can be found for less than US$30 a night. Expats tell me that outside of tourist zones you can get a great dinner for US$10. Services and medical costs are significantly lower than they are north of the border, as is as the overall cost of living.

Get By In English While You Brush Up On Your Spanish

English is so widely spoken in Mexico it could be an official language. I don’t think I met a single person who didn’t know at least some English—even when I started the conversation in Spanish. Outside of major cities or tourist regions you’d probably want to know a little Spanish, but you really can get by in English here for the most part. While those in the tourism industry in Panama City speak English, others in the city don’t, and outside the city it’s rare to find proficient speakers.

Safety is a concern for many when they think of Mexico, but this is a huge country (about three times the size of Texas) and the drug cartels are only active in parts of it. (And, keep in mind, drug cartels run parts of the United States, too—no country is 100% crime-free).

The Riviera Maya is one of the safest-feeling places I’ve visited in a long time. After all, the Mexican government has its skin in the game—they funded the creation of Cancún. From Cancún all the way down to Tulum, this Caribbean coastline is pleasant and secure, with friendly police stationed generously throughout. Puerto Vallarta is, likewise, an incredibly safe city and offers a high-quality lifestyle on the Pacific coast. San Miguel de Allende is a charming, safe, colonial city in the center of the country.

2 Coastlines… And A Whole Lot In the Middle

The regional examples I mention above are just a few of our favorite destinations in Mexico… But, as I said, Mexico is a huge country—it has many different lifestyles to offer. It boasts a geographic position only a few other countries in the world can: Extensive coastlines along two oceans, the Caribbean and the Pacific, as well as great mountain towns offering low-humidity, temperate-climate options. Whatever climate or lifestyle you’re looking for, Mexico’s surely got it.

An exact cost of living depends on what part of the country you choose to live in. Less developed areas will, of course, be more affordable than long-standing expat havens like Puerto Vallarta.

In Tulum, for example, a less developed town on the Riviera Maya, a couple could live very well on US$1,500 a month, including rent. The same budget would serve a couple living in the colonial mountain town of San Miguel de Allende. A family of three in Playa del Carmen (a well-developed beach town about 20 minutes from Tulum) says they spend between US$1,000 and US$1,500 a month.

The added discount from the current strength of the dollar makes these destinations several hundred dollars cheaper than they were a few years ago. A high-end, furnished apartment in a nice part of San Miguel de Allende rents for 10,000 pesos per month. That came to about US$750 in 2014, but is only about US$450 today. Now is a better time than ever to be a dollar-holder in Mexico.

At only a couple hours’ flight from the United States—or a mere drive across the border—Mexico is an easy choice for Americans. You could move here with a U-Haul, if you wanted to. (For Canadians, the shortest flight time is just under four hours.)

Our Insiders Reveal The Top Spots In Mexico

When it comes down to it, why go farther when everything you want is right next door?

This July 15–17, you’ll have a chance—right from the comfort of home—to get the full picture on areas like the sought-after Riviera Maya and Puerto Vallarta… along with others that have recently come on our radar… as well as specific investment opportunities worth your consideration today.

Our aim, as always, is to leave no stone unturned… to arm you with everything you need to know to make your move to Mexico.

To that end, all our top Mexico experts will be online to answer your questions. Over our three days together, you can raise any issues in our Q&A slots… or approach our experts in the virtual Exhibition Hall.

We can only gather these experts once a year, so this is your single chance in 2020 to join us and explore all that closer-than-ever Mexico has to offer… in the company of those who can guide you step-by-step through your move.