Home / Archives / Live And Invest Overseas Confidential / Creating An Asset Protection Plan: You Only Have 2 Options

Creating An Asset Protection Plan: You Only Have 2 Options 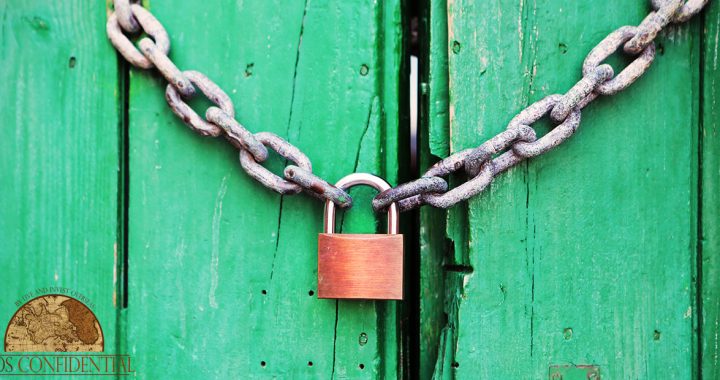 Creating An Asset Protection Plan: You Only Have 2 Options

The Story Everyone Needs To Hear

In all the conference presentations and workshops we run over the year, there’s one thing that always gets people’s attention… a good old-fashioned story.

We adults love a story as much as children. And, in our conference setting, it certainly captivates us in a way that listening to a speaker simply list pros and cons just can’t. Hours later, we’ll still be able to recall a good story (and its moral).

And, there’s one story that really gets our audiences’ attention. It’s made some gasp, some laugh… while many sit speechless.

If you’ve been in the room with Joel Nagel (our asset-protection and tax expert) before, you’ve probably heard him share this story. He tells it at our Emergency Offshore Summit every year. And, I reckon, he’ll be telling it for a long time to come.

It’s the “Story of Two Kings.” I can’t possibly tell it as well as Joel here—he’s able to build suspense with the audience on the ground. But, for now, here’s my best attempt at retelling…

When Elvis Presley died in August 1977, his estate was valued at over
US$10 million. A respectable fortune for the King of Rock ‘n’ Roll to have left behind, you might say. But the story doesn’t end there…

Unfortunately, Elvis’ will wound up going through probate. In fact, it took three years for the lawyers to work things out in court. Only then was it ruled that the estate should pass to Elvis’ only daughter, Lisa Marie.

But the young Ms. Presley wasn’t to walk away with US$10 million.

Between taxes and legal fees (thanks to those years in court), the estate was reduced to just US$3 million.

In other words, 70% went straight to the taxman and the lawyers, while his daughter was left with just 30 cents on the dollar.

If the King of Rock ‘n’ Roll is still alive, this must be the one thing he’s kicking himself over. Now, let me tell you about another King…

In 1957, Dallas-based oil tycoon H.L. Hunt (the “Oil King”) was named one of the eight richest men in the United States. At that time,Fortune estimated his wealth to be between US$400 million and US$700 million. (You might recall H.L.’s sons—Bunker and Herbert—who, in the 1970s, famously failed in their attempt to corner the silver market.)

Fortunately, this King was a little more organized. He had carefully distributed his assets into all sorts of legal structures—funds, trusts, life insurance… you name it.

After his death, the only asset that could be linked to H.L. Hunt was a pick-up truck worth US$2,000. Hardly worthy of a court-room battle. This is the story that makes guests at our Emergency Offshore Summit really sit up and listen. This is the moment where Joel reminds them that the ball is now in their court…

Because the moral of the story is that you—and only you—have control over your wealth.

You—not the government or the banks—get to decide what happens to your assets, now and in the future.

That’s a liberating thought in these days of financial doom and gloom.

Plan A: Do nothing. Over your lifetime, chunks of your fortune will be swallowed up in taxes or by creditors. (It happens every day.) And later, when you die, your estate is at risk of being slashed for your heirs.

Plan B: Jump into the driving seat and take control. Like our “Oil King,” strategically organize your assets and plan for your estate.

Here I must point out that H.L. Hunt wasn’t pulling a fast one on the U.S. government. Everything he did was above the law. And I’m not suggesting that you do any different. He carefully organized his assets using legal strategies that made it impossible for anyone else to seize them.

Going Hunt’s route, you get to enjoy more of your money today, protect your retirement nest egg from further crises, and still leave behind something when you die to the people you care about—without the additional pain of a huge tax bill or an expensive probate process.

Really, the decision is a no-brainer.

Especially when you consider that never before in the history of the United States has your wealth been more vulnerable than it is today.

Asset protection is a big part of the agenda at our Emergency Offshore Summit. You can’t grow your wealth without first protecting what you already have.

Once we’ve covered your options for protecting what’s rightfully yours, we’ll introduce you to strategies to grow (and, most importantly, diversify) your investment portfolio… as well as where you should consider spending time or doing business (either on a part- or full-time basis) overseas.

The first 25 VIP seats were reserved in record time—but, as a LIOS Confidential reader, today, we have added 10 bonus VIP spots exclusively for you. This is your last chance. If you really want to safeguard your future and your wealth, I hope you’ll join us in Panama this October.

This Story of Two Kings is just your sneak preview. Believe me: Lief, Joel, and the rest of our expert team (including our top offshore experts in fields of residency and citizenship, taxes, banking, and investment) have a lot more stories to tell…