How The Residency Process Gets Easier 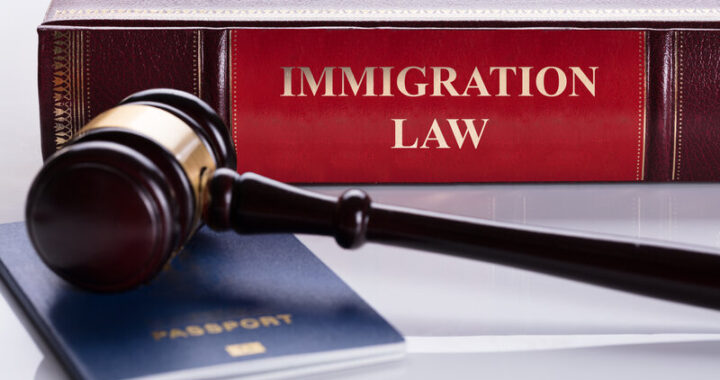 How The Residency Process Gets Easier

Keeping It Legal In Your New Home

Last week Harry and I successfully renewed our residency permits here in France, and, boy are we relieved to be official again.

Our first-year visas expired in January 2020, and we were supposed to go to get them renewed the day Ariadne was due to be born. We got extensions, rescheduled the renewal, and were given a new appointment date in June. But when June rolled around, Paris was on lockdown. We couldn’t get new extensions this time—those offices were shut down just as the renewal offices were.

So for the past few months, we’ve been in a residency limbo…

We were following the process, but the process had been halted. Between our status being up in the air and the coronavirus changing the goalposts on travel every day, we were too worried to leave the country all summer. What if our right to re-enter was questioned or denied?

Now, not only have we successfully normalized ourselves in the eyes of the French government, but we also came a step further. As second-year residents, we’re entitled to a coveted carte de séjour. We previously had titres de séjour, which are just visas on passport pages, but now we’re card-carrying members of the French populace.

The residency process is largely the same country to country—you’re going to need pretty much all the same documentation no matter where you’re applying. But what each country does from there can be wildly different.

Many tech-savvy countries now offer applications to be started online, and a few even let you submit your documents through their immigration websites.

Some countries have streamlined the process to the point that it takes less than an hour after a visit to a single office, and you can get it all done without the help of a lawyer if you want to—Mexico and Colombia fall into this category. This is pretty rare, though, and why Mexico and Colombia have become well-known for their ease. Typically, it takes several visits to embassies, administrative offices, police headquarters, immigration centers, etc., to see the process through from soup to nuts.

Some places require you to hire a lawyer—Panama is one such place. France doesn’t require it, but we hired one anyway. Generally speaking, it’s always a good idea to hire professional help with legal processes like this—especially if they’re being done in a foreign language. A knowledgeable lawyer can save you money and time and keep you from making mistakes that could cost you now or in the long run.

On the other hand, with a bad lawyer, you’ll not only pay his fees but you may rack up additional costs if he gives you bad advice or steers you in the wrong direction. To be blunt, our lawyer wasn’t good… but he wasn’t bad—things could have been worse. He wasted our time through disorganization and a condescending attitude that led him to lecture us in his office whenever we had an appointment… a frustrating waste of our time, to say the least. His knowledge of the process was many years out of date compared to our actual experiences, and we were often forced to figure out the current situation through our own research. He also cost us unnecessary fees. Whether by ignorance or malice, he told us we needed documents translated when that wasn’t the case.

So how do you find a good lawyer? You get recommendations and you test drive them before you get in too deep. Ours came as a recommendation from previous clients, but those clients hadn’t used him in over a decade… it seems his services have declined since then. By the time we realized what a dud he is these days, we had come too far and it would have been more work for us to try to switch mid-process.

Some countries require you to begin the process in your home country, others will begin the process once you’re already in the new country. We started the process in Panama where we were previously resident. After a few hours in the embassy filling out forms, being interviewed, and writing a short essay on why we wanted to move to France (not a requirement on the official list, so I saw it as the pop quiz of the residency world), we left and waited to find out if France would have us.

Once we made it over to France, we had to finish the process. That means a health exam. A couple of months after arriving, we got letters in the mail giving us appointments, but we were traveling at the time they had given us. We emailed them to ask for new dates, which were given quickly and without any trouble. We each spent a morning at the government health office that conducts these tests. They were routine and non-invasive.

After that, we were official.

It’s natural to feel nervous when you apply for residency somewhere. There’s a fear of rejection, and you’re so fully at the mercy of an alien organization in a way that adults aren’t accustomed to. That’s when you realize that to live in another country truly is a privilege that can be revoked. We were certainly anxious, both on the initial application and upon renewal.

But if there’s one thing you can count on in France, it’s that paperwork is all. If you have a complete dossier, you’ll be rubber-stamped through just about any legal process. I have found this to be the case invariably over my years in France. Whether it’s animal importation, rental contracts, residency, or just seeking a refund for something, as long as you appear to have your papers in order, you’re good. Officials here don’t ever, in my experience, actually take the time to check the papers item by item. They just want boxes ticked.

We needn’t have worried about the renewal. We expected an interview like we had upon application, but the renewal process was a mere formality, it seems. We simply resubmitted all the documents originally given and filled out another form. The man behind the plexiglass just flicked through them to make sure all were present without reading any in particular.

The health test ended up being conducted about halfway through our first year here. The gears of the government grind slowly at the best of times… but, these days, as you can imagine, things move even slower than they used to. If you manage to apply for residency sometime this year or in 2021, don’t expect that the process will be swift and painless. Again, even on a good day, you’ll wait in endless lines, fill out countless forms, and wonder why you ever began this exercise in masochism to begin with.

The good news is that as you go through it, you learn and get better at it. The first time we had to prepare our dossier, it took hours… the next time, though, we had all the documents saved in a folder and ready to go. The first application we filled out in French took the better part of an hour because we wanted to be sure we filled in every field correctly. We leaned heavily on Google to make sure things were spelled right and in their rightful places. This past time, I filled out the form in under five minutes without second-questioning myself. Once we got to the renewal office, I asked about a few fields I wasn’t sure about and filled those in on the spot.

It does get easier… just never more enjoyable.

So whether it’s sooner or later, if you’re considering applying for residency in your new-found home, know that the process won’t be fun but it can be done, even in the time of a pandemic.