5 Top Places To Live In The West Of Panama 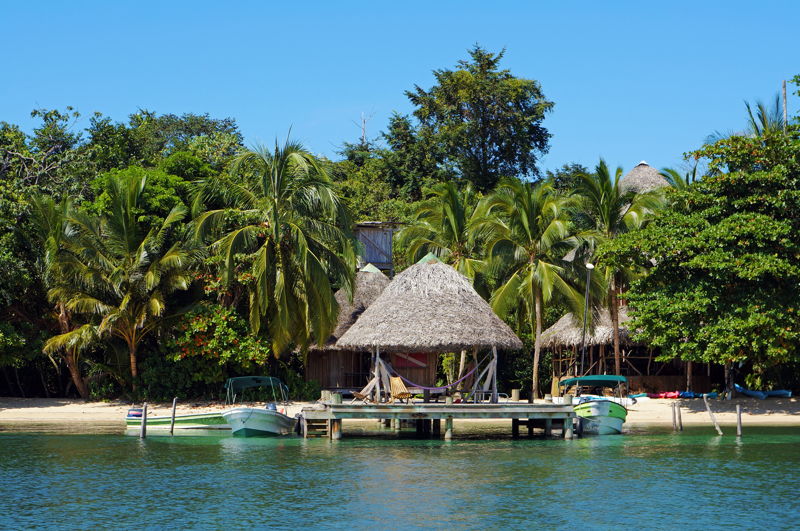 5 Top Places To Live In The West Of Panama

Last week we began a tour of Panama’s top retirement havens, beginning in the gentrified city and moving westward into Panama’s rugged interior. This week, we continue the tour, moving deeper into Panama’s own wild, wild west…

Tourism to Pedasí has been growing steadily over the last few years… What was once a sleepy fishing village is now a burgeoning destination for visitors, investors, and second-home owners. Inward investment has helped open the area and provide quality services and tourism infrastructure.

Still, this area of about 2,500 people is traditional at its core. Its economic mainstays are still cattle ranching, farming, and fishing… Local artisans still handmake interesting products the same way they have been for generations, meaning you can find fantastic deals on anything from custom furniture for your home to earthenware that follows ancient designs.

Another bonus of living in Pedasí is the community. Locals are friendly and hospitable and go out of their way to be helpful. They love baseball, which is taken extremely seriously.

The major attraction, though, is the beach. Pedasí is surrounded by arguably some of the most beautiful coastline in the country. A short bicycle ride or a few minutes in a car can have you at any of 12 nearby beaches. Playa Venao (about 30 minutes away) is renowned as one of the best surf spots in the region… Pedasí is also one of the best places to see the annual migration of humpback whales, and watching these magnificent mammals from your kitchen window is a rare treat.

The Azuero Peninsula’s western coast is considerably less developed than its eastern counterpart. Of the few towns that dot this side of the peninsula, the one that stands out is Torio—the de facto social center for 300-or-so foreign retirees that currently call this part of Panama home year-round.

Torio is home to a handful of small expat-run bars, restaurants, and guesthouses. It has cell and internet service (although both can be patchy) and is connected to other areas by a pitted and meandering road, including a bank and grocery shopping options in nearby Mariato… But the reason for coming here isn’t the amenities on offer: It’s the opportunity for total escape.

In western Azuero, you’re surrounded by pure, raw nature… Capuchin and howler monkeys call from the trees, sea turtles lay their eggs along the beaches, and, in season, dolphins and whales swim and play offshore.

The main attraction is the Pacific Ocean, with some of the best sunsets in the world seen from the undeveloped, west-facing shoreline. Expats on this coast spend their days surfing, swimming, diving, beach combing, fishing, and, looking for ways to get involved with the local community.

Development in this part of the country is accelerating (there are even talks of repaving the road) and the path of progress is slowly inching forward. But this part of Panama remains a frontier and a top option for someone looking to get away from it all.

Boquete offers a stunning natural setting, a cool climate, and a large expat community, making it a natural choice for many…

Snuggled into the side of a volcanic crater, surrounded by lush forest, and home to profusions of multi-hued blossoms, this region is nothing if not picturesque… As you make your way down the highway from Alto Boquete above the crater, you’ll suddenly arrive at the crest of a large hill, the town sprawled below. If you’re lucky, you’ll arrive shortly after a soft rain (called el bajareque by locals) and a sweeping rainbow will make the portrait complete.

Just 37 miles from the Costa Rican border, this is the far end of Panama. The climate here is springlike year-round with temperatures hovering between 65˚F and 75˚F. Nights, especially during the rainy season, can be chilly enough for a sweater or light jacket.

Expats are integral to this town’s history: Some of its first settlers were from parts of Europe and North America, who passed through Panama on their way to or from the California Gold Rush. When that came to an ignominious end, these hopefuls settled in the cool-weather respite they came across in the mountains, which is now known as Boquete.

As you walk Boquete’s streets, you’re likely to hear more English than Spanish. You’ll never lack for a fellow expat to pal around with, and your support network will be built in from the moment you arrive. On the other hand, Boquete is what some might call a Gringolandia (where the presence of expats overshadows any vestige of local culture), and property prices reflect that.

Away from the hustle and bustle of La Concepción’s city center lies the rolling green landscape of the Chiriquí highlands. The aroma of coffee drifts through the breeze while colorful birds flit about.

La Concepción is the commercial hub for the region, offering residents a wealth of products. From the juicy yellow pineapples and farm-fresh vegetables to cell phone dealers and internet providers, this town is full-service.

Downtown La Concepción has been an important commercial district in the “breadbasket of Panama,” the heart of agricultural production in the country. There was once a rail system, Ferrocarril Nacional de Chiriquí, that ran from David to Puerto Armuelles on the Pacific coast and made a stop in La Concepción. The days of the train have passed, but the town remains an important center for agriculture for Chiriquí and Panama alike.

Today La Concepción is making a new name for itself as more and more expats discover all the town has to offer. Although new subdivisions are hard to come by, plenty of new houses are being built. The ethnic makeup of La Concepción is diverse, with Germans, English, Cubans, and Asians living here, to name a few.

The expat community is limited but growing as the town becomes better known… If you’re looking for a tropical climate, proximity to commercial centers and services, and a lush garden with plants of every shape and color, La Concepción is your best bet in Panama.

Bocas del Toro is arguably Panama’s top tourist destination. One of the most pristine areas on Panama’s Caribbean coast, tourists have started to take note of its dense rain forests, clear and clean turquoise water, and white-sand beaches. Plus, unlike the rest of the Caribbean, hurricanes aren’t an issue here.

The province consists of a small portion of the mainland as well as an archipelago of nine islands. Its capital is Bocas Town on Isla Colón, reachable by water taxi. As you step onto its pier, tour guides pounce with their offers of island hopping, scuba diving, surf lessons, zip-lining, and more.

Hostels, hotels, bed-and-breakfasts, restaurants, cafés, and bars surround the main seafront strip… But Bocas is so much more than just tourists. The 19,000 or so residents in town consist of surfers, fishers, and entrepreneurs, including local indigenous people, Panamanians, and foreigners.

The town also takes on a distinctly Caribbean flair. Rastafarian culture is present in the music, shops, and restaurants, and Bob Marley blasts from bar speakers and adorns tourist T-shirts.

Bocas used to be regarded as little more than a slum. To be fair, some corners of the town could leave you with that impression… but things are changing. The government is beginning to take note of the tourism potential and is investing in infrastructure accordingly.

As recently as a decade ago, paved roads, sewage treatment, and even slightly reliable electricity had yet to arrive to town. Today, Bocas is more attractive than ever before and continues to improve.

And so concludes our mini tour of some of Panama’s highlights.

If you’d like to hear more about these areas—getting the real scoop from expats who live on the ground and are willing to tell you their unedited stories… as well as practical advice for living here day to day (with detailed budgets)—then why not join us for our 2020 Live and Invest in Panama Conference? Come along and get the full story on Panama… and take a little extra time to go out and explore the hills, coasts, or other areas that appeal to you…