Home / Archives / Live And Invest Overseas Confidential / Would I Change Paris For Life In Barcelona?

Would I Change Paris For Life In Barcelona? 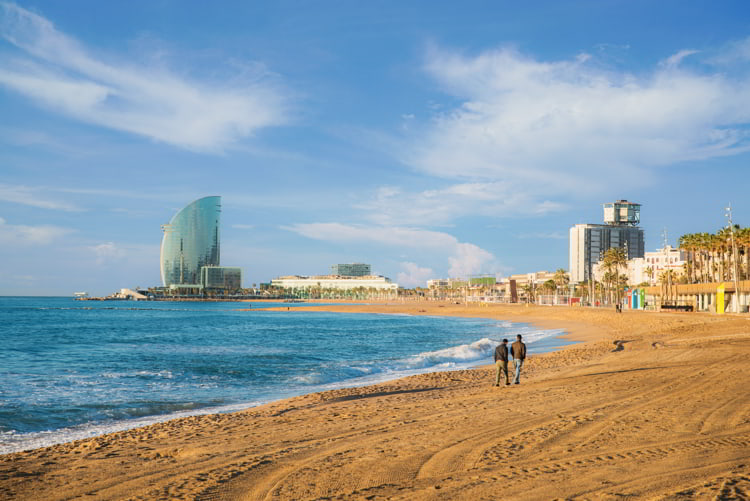 Would I Change Paris For Life In Barcelona?

The Most Modern Historic City On The Med

Barcelona has done a lot of growing up in the last 30 years… the changes in the last 15 alone are clear after just a few hours in the city.

I was last here in 2007, and back then you couldn’t eat dinner before 9 p.m. If you were lucky, you might find a restaurant that opened early—at 8:30—but that was a rarity.

Today, you can see the impact the massive boom in international tourism has had on the city since the early ‘90s, when it was a fraction of what it’s been in the last decade. Many restaurants now serve at all hours, and those that open just for meal times do so much earlier.

I was a broke student when I was here last, and my boyfriend and I rented bikes to see the city, which was the cheapest way to get around for a day to see the sights… but it was chaos. With no bike lanes and no signage in English, we spent the day mostly lost and avoiding collisions.

Now, bike lanes crisscross the city… and drivers are much less aggressive having been accustomed to sharing the streets.

The increased tourism numbers themselves are palpable—in ’07, we had Parc Güell to ourselves. Today, you have to buy a timed entry ticket and can barely move for the crowds. The Sagrada Familia was practically just an open construction site back then. Now, infrastructure has been built just to handle the daily load of visitors, complete with security screening, elevators, restrooms, and gift shops.

Going back another 15 years, and the city was another place entirely…

“Before 1992, you wouldn’t have recognized this city,” our tour guide Franco explained. “It was dirty and dangerous and ‘undesirables’ ran the streets, especially after dark. Where we stand now was like their headquarters… today, it’s one of the top stops on any tour of the city.”

1992 was the year that Barcelona hosted the Olympics, and for the occasion, it knew it needed to clean up its act. Tourists would arrive from all over the world, and the city didn’t want them wandering into trouble, which would have been easy back then.

“Perhaps most significantly, before 1992, we had no beach, which some consider to be the heart of modern Barcelona,” Franco added. Sand from Egypt was imported to add three golden kilometers to Barcelona’s shores.

Old industrial buildings littered the coast, and the neighborhoods near the waterfront were “a disaster,” according to Oriol Bohigas, urban planner at the time of the transformation. “The sea was cut off from the people; Barcelona had no beaches and nowadays it is the city with the biggest and best-looked-after beaches in the Mediterranean.”

As well as opening up the city to the sea, all the waterfront neighborhoods were revamped, and the city was given a master-planned makeover. Today, these parts of the city are treasured by locals and tourists alike. Any given day will see the beaches and seafront cafés packed, the promenades and boardwalk areas bustling with families, skaters, runners, bikers…

Traffic in Barcelona is minimal for such a small, densely populated city, in no small part due to the roads that were built to absorb the influx of congestion the city knew it would get for the games. Add in the excellent metro, bus, and tram systems and the city is a pleasure to get around in.

Rail lines, airport expansion, and other transport links and infrastructure were also added by ‘92. The city is incredibly well connected both within Spain and to France.

All these visionary improvements earned the city an award from the Royal Institute of British Architects, and “the Barcelona Model” is studied to this day as the most successful Olympic construction in history.

Thirty years on, it’s obvious that the investment paid off, with Barcelona the most visited city in Spain, 34th most visited in the world, and Spain the 2nd most popular country in Europe, 8th in the world.

The city doesn’t take this for granted either. It keeps its streets clean, offers free public toilets abundantly (a rarity in Europe), and consistently improves infrastructure.

In addition to planting 8,000 trees and increasing the city’s canopy cover by 2023, the long-term plan, dubbed “Superilla Barcelona,” is to reclaim the city’s streets from vehicles, turning one in three streets into green spaces.

Urban gardens are a tradition here (there are 360 throughout the city), and are a cultural priority, made especially available to children and the elderly. Many offer educational programs and acted as outdoor learning spaces during Covid.

Will I Leave Paris For Barcelona?

As a mother, I was quick to notice the convenience factor here—bodegas, drinking fountains, and bathrooms on practically every corner… never more than a couple blocks to a café, bakery, or pharmacy… elevators and escalators much more consistently available than in most European cities… and, above all, the easygoing, friendly, and welcoming locals (who are forgiving to families with infants)…

I’m a city girl who loves history and art, and Barcelona has a wealth of both.

And it also has a beach… something I previously thought I didn’t care much about. But to have the beach at arm’s length is exactly how I want it.

In Barcelona, you can have the cosmopolitan city with the option of the beach, take it or leave it. That’s a pretty luxurious choice to have at your fingertips…

My overall takeaway after this reunion with a beloved city is that life would be easy here… convenient and laidback. I love Paris, my current home, but those wouldn’t be the first words I’d use to describe its lifestyle, and the contrast is tantalizing… so much so that we’re working Barcelona into our long-term plans. Perhaps we’ll spend a few weeks there one winter, maybe a few months one year…

Could Barcelona be the next stop on our live-overseas adventure…?