Why You Need A Good Lawyer For Your France Visa Renewal 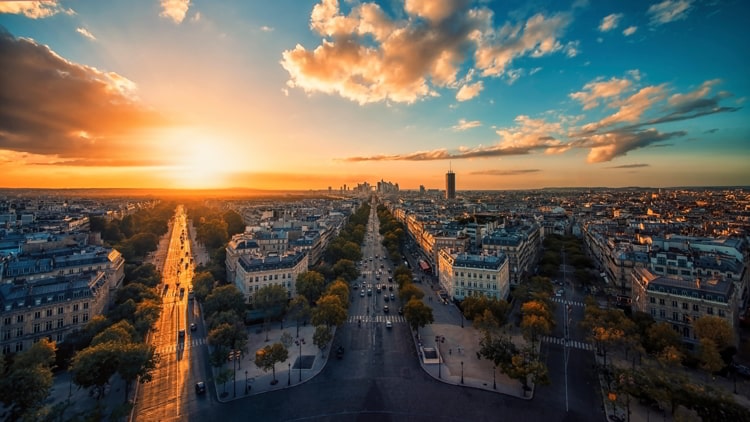 Why You Need A Good Lawyer For Your France Visa Renewal

What A Difference A Good Lawyer Makes

My family and I have just finished the renewal process for our French visa—whew, legal again for another year…!

This is our third year in France, so it’s our second visa renewal, and this one went much smoother than any of our past meetings… but things didn’t start out so easy.

When we came to France we hired a lawyer who came recommended by folks who had used him some time ago… apparently back then he was current and good at his job. Sad to say, that’s no longer the case.

We got in touch with him before leaving Panama, of course, knowing that we probably needed to prepare some documents before arriving. No, he assured us, we simply needed to get on a plane and come over. So we did.

In December 2018, we packed up four big suitcases, our American cat, and our Panamanian dog, and we came to France. After the holidays, we had a meeting with the lawyer, excited to get the process started.

After a few minutes of back and forth, the attorney, with shock and accusation in his voice, exclaimed that we were completely unprepared for a move. It would be impossible for us to begin formal residency without first returning to Panama. We’d need to go back, request a meeting at the French consulate, apply for the visa, and, pending its approval, send our passports away for the visa to be applied, and, finally, enter France showing the residency visa at immigration.

In January 2019 we returned to Panama for an indefinite amount of time (because you never know how long you’ll wait to get your passport back) and followed the correct procedure.

Needless to say, this was somewhat disastrous for us… it was not only inconvenient to have to travel again so soon after moving to a new country, we also now had to figure out what to do with our animals in this new city where we had no resources to lean on.

And it was costly—we had to pay for two roundtrip plane tickets that should have never been necessary. Plus for accommodations in Panama, where we now had to live in a hotel for who knows how long, while still paying rent in Paris. Quelle cauchemar…

Thank goodness a friend happened to be in town and willing to pet-sit for us, or else the cost of boarding the two animals would have been staggering—if we could even find availability at such short notice.

A few weeks and a few thousand dollars later, we returned to Paris and began our formal residency. But what a crazy, unnecessary hassle he put us through.

After sitting through another couple of tortuous meetings with him, it became very clear we couldn’t work with him anymore. Aside from the blunder—he had made assumptions and mistaken our situation for one that didn’t need a visa prior to entering France—he was awful to work with. He was disorganized, condescending, and intentionally obtuse, as if trying to prove points in some kind of odd power trip. Many of the official forms he would walk us through were either no longer in use or were now updated and different from what he prepped us for.

Because we were left with more questions and confusion after every exchange with him, we ended up doing our own research online, which is how we found out his forms were outdated. There were even a couple instances when we realized we needed additional things that weren’t on his list.

Because of COVID-19, though, we were stuck with him longer than we’d have liked. Our first renewal date fell during France’s first confinement in 2020, and we had no idea what to do about it. He got us a renewal extension and when the time finally came, he summarized the renewal process via email.

Honestly, we were worried. We didn’t feel confident in the process that he had so vaguely explained, essentially by saying just get all the same stuff you had for your first application, just newer versions.

We got lucky with a very accommodating immigration employee who OKed our renewal without much stress at all. But we felt like we just had the luck of the draw… we could have easily gotten a more demanding agent who would pick apart the application and question each line. Had that been the case, we didn’t feel confident that we’d know what to say.

Our New Lawyer, The Complete Opposite

Fortunately, we have found a new lawyer here in Paris for 2021, and she’s fantastic. We met her in person for the first time last week, having dealt with her completely by phone and email before now, and while we’d been impressed with her so far, we didn’t know what to expect for this first meeting.

First of all, she accompanied us to the immigration office, which the other lawyer had never offered to do. First point.

And about a week in advance, she had sent us sample application forms that she had typed the correct responses into. We simply had to copy it out in our own hand. Second point.

She wanted to meet us at the office an hour and a half ahead of time so that she could prep us for the process to come. Point three…

We sat at a café and she walked us through three beautiful dossiers she had prepared herself—we had always been tasked with this ourselves previously, and it was never checked before we handed it in. We were always worried that we’d have something wrong in it. (No point in counting anymore, she’s already blown the other guy out of the water.)

She read over the applications we had copied and made sure all was correct. Then she coached us through some potential sticky scenarios that could come up, depending on the agent.

Thirty minutes before the ordained time, she said we should try to get in. Thanks to this tenacity, we got out a half hour earlier than we would have otherwise. She came with us the whole way, which for me wasn’t nearly as big of a comfort as it was to my non-French-speaking husband, who was very glad to have a French ally in his corner.

All went well and we got our renewals; new ID cards are in the mail.

But what a night-and-day experience it was to compare these two attorneys… and how much time and money might we have saved had we had good help the first time around…?

This is the difference a good lawyer makes—potentially unlimited numbers of real consequences avoided.

We look forward to welcoming all our vetted attorneys across the globe to our upcoming Retire Overseas Virtual Conference.

Over 50 speakers will present their area of expertise, including attorneys for all the top havens we recommend. These are guys and gals who we’ve been working with for years and who have no shortage of (current!) recommendations under their belts.

Sign up now, and don’t forget about your exclusive US$50 reader discount!