Everything You Need To Know About The Many Faces Of Belize 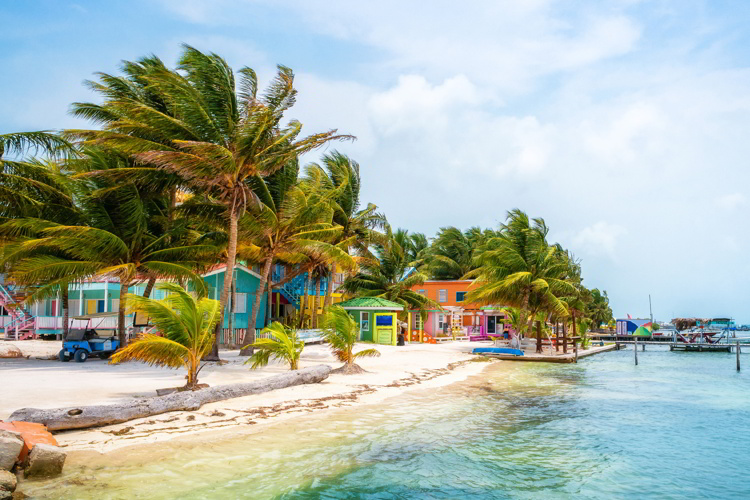 Everything You Need To Know About The Many Faces Of Belize

Sizing Up The Four Faces Of Sunny Belize

For me and Belize, it was love at first sight.

From the first morning I arrived in Belize, nearly 30 years ago, climbed down from the plane onto the runway, threw my backpack over my shoulder, pulled on my sunglasses, and walked across the tarmac in the direction of the one-room Belize City airport, I was smitten.

It was nothing I could put my finger on at the time. Just a feeling, like falling in love. You know it when it hits.

Belize City is referred to as the Calcutta of the Caribbean… a hell hole… a slum town. Those descriptions are not undeserved, but they refer not to Belize but Belize City and not to the heart and soul of this country but to the face of the town where, unfortunately, its international airport happens to be located.

Smitten as I was by the experience of being in Belize, even I, young and naïve as I was, recognized that Belize City wasn’t a nice place to be 30 years ago. This hasn’t changed, but it didn’t matter to me then and isn’t the point now. What won me over from that first visit was the simple, sweet charm and the raw, natural beauty of this country, which I sensed straightaway.

On that first visit, I met a handful of Belize expats with whom, over the years, I’ve developed friendships I treasure. Visit by visit, in the years to follow, they helped me to get to know this country founded by pirates and where independence and free thinking are prized above all else. These are qualities that I, too, value a great deal. Instinctively, I guess, putting my feet on the ground in this country for the first time, I knew that Belize and I were made for each other.

Belize is the quirkiest place I know. Belize City’s roadways are built around a system of roundabouts (thanks to her British colonizers), but shops alongside them sell rice, beans, and tortillas still ground by hand.

Everyone you meet speaks English (it’s the country’s official language), but this belies the stories of their origins. The 400,000 people populating Belize today are descendants of migrants from Britain, yes, but also and more so the surrounding Central American countries. You’ve got Mexicans, Guatemalans, Hondurans, and Nicaraguans mixing with current-day generations of the Maya who originally inhabited this land, the pirates who came later, the Mennonite farmers who began arriving on the scene in the 16th century, the British who ruled until 1981, and each other.

Belize is a country of freedom-seekers. The pirates came to ply their pirate trading out of view. The Mennonites came from Germany and the Netherlands so they could be Mennonites without anyone bothering them. The British came so they could bank in private. And the folks from the surrounding countries who’ve sought out Belize over the past few decades typically have made their way across this country’s borders in search of safety.

Today, now, a new population of freedom-seekers is finding its way to these shores:

Belize is a nation of independent thinkers and doers, a country where you make your own way and where, while you’re doing it, no one is making any attempt to thwart your efforts.

Including the Belizean government. This is a poor country. The government doesn’t have enough money to get up to any real trouble. And, if they tried, the Belizeans wouldn’t allow it. The focus here is on very local-level government—addressing the crime problems in certain neighborhoods of Belize City, for example, or trying to dissuade the Guatemalan bandidos who occasionally wander over into Belize in search of a couple of good horses to steal.

Check Your Worries At The Border

Arriving in Belize, stepping off the plane, and making your way to the one-room arrivals hall of the airport, you have a sense still today, just as I did 30 years ago touching down in Belize for the first time, of leaving the rest of the world behind. Belize and her people operate according to their own rules and mind their own business. The troubles, uncertainties, and worries that seem all-consuming Stateside and elsewhere in the world fade here. You’re faced with a land that remains a frontier, undeveloped and therefore oozing with potential.

Remember, this is also a tax haven, a place where your financial affairs are your own, and one of the best places in the world today to open an offshore bank account. Both these things are courtesy of the British, who created in Belize an offshore haven for themselves that we all can benefit from today.

Belize is one more thing—one of the most user-friendly options for establishing foreign residency. You don’t have to be physically present year-round in the country to qualify for permanent residency and to take advantage of the tax benefits of that status. Come to visit for as few as four weeks a year, and you’re good.

Belize has been attracting expats in the know from the U.K., the United States, and Canada for decades. Still, many would have trouble pinpointing the country on a map… and a lot of folks think it’s an island. (It’s not, of course, though it features a handful of Caribbean islands just offshore Belize City.)

You can still buy T-shirts at the airport that say, “Where The H#&% Is Belize?” The good news is that the country is very close to the United States and very accessible.

Belize is easy to get to, and, once you’re here, it’s easy to make your way around and do whatever you’d like to do, thanks to the fact that the language is English.

The Many Faces Of Little Belize

Don’t be fooled by its size. You can get from one end of Belize to the other in a half day by car or a half hour by plane (the country’s domestic air travel system is its most developed infrastructure). Despite this, Belize has many faces.

First is Belize City—poor, underdeveloped, and, in parts, unsafe. I don’t mind the place. Beneath the gritty surface, I detect a long-faded charm. Or maybe I project one. Either way, I enjoy passing through, but I know that, for many, the best part about traveling to Belize City is leaving Belize City.

Belize is perhaps best known and best loved for its Caribbean islands, especially Ambergris Caye, the largest and most developed, boasting both long beaches of soft, white sand and an established and growing community of expats and foreign retirees. This is the Caribbean at its best.

Belize’s long mainland coast is marked by two points of particular interest. South of Belize City is Placencia; north is Corozal. Placencia has grown up in recent years to become the mainland’s best-appointed beach town, catering to tourists and all the trappings that come with them. Corozal boasts easy access to Chetumal, across the bay in Mexico, which can be a big advantage in case of medical emergency. On the other hand, day-to-day, you’d likely feel secluded here. Maybe that’s a plus for you… maybe a minus.

The northern coast around Corozal sees about 50 inches of rain a year. The southern coast, Placencia and south, can see three times that much rain or more each year. Maybe that bothers you… maybe it doesn’t.

Inland is the Cayo District, a dramatically different region where life revolves not around the sea but the river. For some, river views don’t substitute for ocean vistas; others prefer them.

In other words, each region of Belize has its pluses and its minuses (scroll down to see all these places in a more detailed map of Belize). Island living is always more expensive than life back on the mainland, meaning Ambergris is the most expensive lifestyle choice in the country. Most expensive and also most developed and turnkey.

Cayo offers an opportunity to enjoy a healthy, fulfilling, back-to-basics, and self-sufficient lifestyle, thanks to its abundance of fertile land, water, and sunshine year-round. Cayo is also Belize’s most affordable lifestyle choice.

Infrastructure Not A Strong Suit

Paved roads are a good indicator anywhere of where the path of progress is headed. The British left great legal, educational, and governmental foundations in Belize, but not much in the way of physical infrastructure. Considerable investment has been made in recent years to improve this country’s roads and bridges. Still, though (to help put things into perspective for you), Belize has but four highways. The most significant artery in the country is the Western Highway, which connects Belize City (the largest city), Belmopan (the capital), and San Ignacio (the largest town in Cayo).

No infrastructure, limited services and amenities, and little market demand (meaning limited product supply) could be interpreted as negatives. However, in Belize, particularly in Cayo, these things are a big part of the appeal. Once you get to Cayo, you don’t mind that there’s no infrastructure. You don’t mind that the culture is more concerned with conservation than consumerism.

That is, you don’t mind… or, if you do, you’re not happy. If you’re interested in a lifestyle supported by the diversions and distractions of a big city, Cayo is definitely not for you and maybe nowhere else in Belize is either.

Ultimately, to determine whether or not Belize is for you and where specifically in this mixed-up little country you might feel most at home, you’ll have to get on a plane, as I did 30 years ago, and come see what’s what in Belize for yourself.

The best time to do this? Next January, during our Live and Invest in Belize Conference—our first live, in-person event since pre-COVID.

With the help of my in-Belize network of experts, expats, colleagues, advisors, and friends, we’ll do our best to help you get to know this country. The coast, the islands… the reef, the rain forest, the Mayan ruins… the people, the culture, the history… the options, the opportunities… for investment, for adventure, for residency, for banking, for reducing your tax bill, for building a business, for reinventing your life…

The good, the bad…

Belize from end to end, top to bottom, up close and in real time.

I began a love affair with Belize 30 years ago that has developed and deepened into one of the most important relationships in my life. I know Belize well—the real Belize… and I love her just as she is.

My goal is to help you to get to know Belize, too.