10 Reasons To Reinvent Your Life In Beautiful Belize 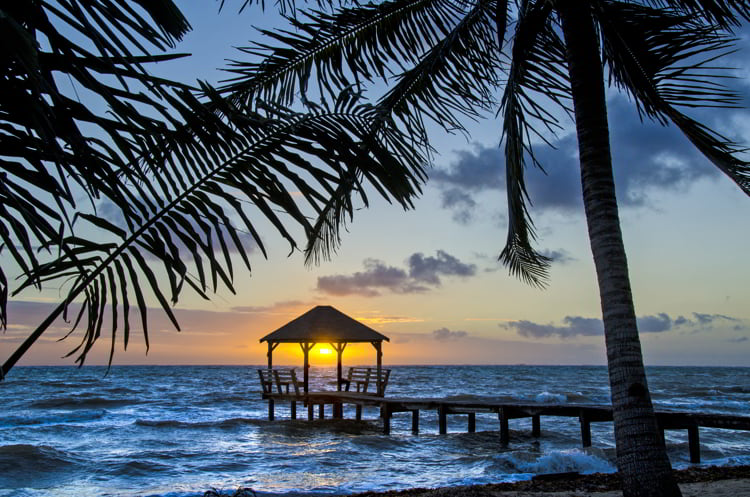 10 Reasons To Reinvent Your Life In Beautiful Belize

This quirky little country that was founded by pirates and offers an opportunity for absolute escape. The promise of freedom that Belize holds out is more compelling now than it’s ever been.

What is it that’s appealing about Belize?

One of the biggest challenges you can face when making a move to a new country is communicating with your new neighbors. Anywhere you might think about moving, including Belize, you’ll have to learn to overcome and adapt to cultural differences. A language difference makes that and everything else, from giving directions to a taxi driver and filling a prescription at the pharmacy to getting your broken hot water heater fixed and negotiating for the purchase of a new home, a whole lot more difficult. In Belize, you don’t have to worry about learning a new language if you don’t want to.

American Airlines, Delta, Southwest, United, and US Airways offer non-stop flights daily from six U.S. cities, making it easy to return to the United States for family visits… and easy for family and friends from back home to come share in your new life in the Caribbean.

The small population makes it easy to become part of the community, and both locals and expats who’ve settled here are welcoming and willing to lend a hand or make an effort for a neighbor.

#4. This is an outdoor enthusiast’s playground

With its barrier reef (the second longest in the world), rivers, sandy coast, offshore islands, Mayan ruins, and inland rain forest, Belize offers every kind of adventure you can imagine.

And thanks to a developed infrastructure of in-country flights (the only infrastructure in Belize that could be described as “developed”), you can hop around from one landscape to another easily and quickly. Spend the morning snorkeling on the reef offshore Ambergris Caye then hop a flight to Cayo for an afternoon of cave tubing on a rain forest river.

#5. A Caribbean beach lifestyle can be a bargain compared with the cost of living in other Caribbean destinations

Inland, in Cayo District, the cost of living is lower still and becomes even more affordable the more local you make your lifestyle. A couple could live comfortably in Cayo on a budget of as little as US$853 per month.

#6. The country is blessed with abundant year-round sunshine

Rainy season extends from June to November, but, even during those months, skies are sunny more than they’re not. The reliable sunshine makes for happy, healthy living and also a great growing environment. Many living in Belize grow their own vegetables in small kitchen gardens, and everywhere the landscape is lush.

Some small areas of Belize City suffer from a drug trade, gangs, and the activities that come with those cultures. However, those are localized neighborhoods. Avoid them. Otherwise, Belize is one of the safest places on Earth and far removed from 21st-century troubles.

#8. As it has throughout its history, Belize welcomes foreigners and today makes it easy for any foreigner who wants to stick around indefinitely

You have two user-friendly options for becoming a permanent resident.

#9. Belize remains off the world’s radar

Nobody is targeting Belize or intent on stirring up trouble here. Most of the world doesn’t give Belize a second thought. In today’s world, that’s a plus.

Foreign residents pay no tax in Belize on non-Belize income.

On The Other Hand…

No place is perfect, including Belize.

The infrastructure in Belize isn’t high-tech, but it gets the job done and is so quirky that sometimes it’s a highlight of your travels.

Cell and internet service are ever-improving and wider spread. Still, a friend living in Cayo jokes that it can take him days to download software upgrades (and I don’t think he’s joking).

On the other hand, friends operating online businesses in Belize report that the cautions about unreliable cell and internet service are increasingly outdated.

#2. Belizeans speak English… but do they understand it?

English is the primary language in Belize, but that doesn’t mean that you and Belizeans communicate in the same way. Yes, they speak English, but you’ll learn to keep your interactions with them specific.

Belizeans answer the question they think you have asked, for example, and nothing more. They think and respond literally. At times, as a result, you may think they are misleading you. They’re not. They’re giving you the response they think you’re looking for.

Ask a Belizean, say, if he has a car and could give you a ride to the store, he might respond in the affirmative (assuming he does, indeed, own a car) to say, “Yes, friend, I would be happy to help anytime.”

“Great,” you say. “When would be good for you? Could we go this afternoon?”

“Well,” your Belizean neighbor might respond, “my car isn’t running. But as soon as I have enough money to have it repaired, I’ll be happy to take you to the store.”

There’s little opportunity for non-essential shopping in Belize, and there are no big chain stores—no Walmart, no Costco, no Sam’s Club. This is a small country where life is simple. You’ll find everything you need but often not everything you might want.

#4. Parties, festivals, and music are loud and can last all night

Belizeans of all ages love to party. The louder the music, the better, and even a quinceaños party can continue until 4 or 5 a.m. The churches love amplifiers. Everyone sings along, and singing in key isn’t considered important.

If you can’t appreciate the Belizeans’ jest for living life to the fullest, you have three choices. You could move to an isolated area (easy to find in this country). You could escape during the festival weekends (though there are lots of them). Or you could steer clear of Belize (and, frankly, most all Latin America).

#5. A more serious concern living in Belize can be health care

Again, this is a small country, and its health care resources are limited. When you consider that the entire country is home to fewer than 350,000 residents, it’s not surprising that you don’t find the breadth of health care specialists and facilities you might be used to elsewhere.

You will, on the other hand, find competent, dedicated general practitioners and some highly qualified specialists. However, if you have a sensitive medical condition, you’ll likely want to head to Mexico or the United States for care.

#6. Belize is a tropical country

Meaning it’s hot and humid, as it is throughout nearly all Central America, Mexico, and the Caribbean (with some highlands exceptions).

#7. Also, again like the rest of the tropics, Belize has bugs, snakes, scorpions, spiders, and dengue fever.

You will be bitten by mosquitoes, no-see-ums, and other insects at the beach. You might cross paths with a snake or (more common) a noisy monkey in the jungle.

#8. Belize isn’t for you if you’re a theater or opera buff.

If you need a regular fix of traditional European-style culture, you’ll feel deprived living here. Belize is a beautiful country, archeologically and historically rich, boasting many annual festivals plus local music and dance traditions. But the only Broadway-style musicals are put on by the local high school. If you like to dance to live music on the beach, on the other hand—everything from rock ‘n’ roll and country to punta and salsa—you’ll be happy indeed.

#9. Likewise, stay home if you feel the need to be vocal about how to improve things

No question, sometimes you’ll feel frustrated by the lack of efficiency in this country. But if you are the kind of person who can’t learn to take frustration in stride or who will respond by becoming demanding or rude when people don’t meet your expectations, you won’t do well here.

Belizeans are helpful and good-natured, but they are also proud and independent. They respond to polite people. Those who are hyper-critical of Belizeans and berate them or their country, on the other hand, find that things become more difficult and take longer. Somehow their residency paperwork gets lost a lot, for example…

No infrastructure, limited services and amenities, and little market demand could be interpreted as negatives… but, in Belize, these things are a big part of the appeal.

If you’re interested in a lifestyle supported by the diversions and distractions of a big, cosmopolitan city, Belize is definitely not for you.

If, though, you’re delighted by the diversions and distractions of a wide-open land where life revolves around the sea and the sun and where independence and self-sufficiency are prized above all else, then Belize could be exactly the paradise you seek.