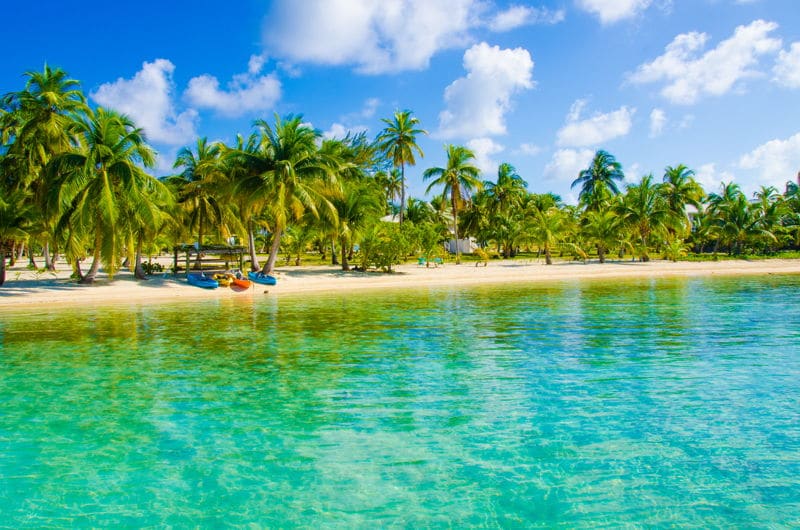 Tropical, laid-back Belize has so much to offer…

A two-hour flight from Florida, Belize is just a short hop from the United States (four hours from Toronto). It’s an affordable, sun-soaked, Caribbean paradise with lifestyle options ranging from rustic countryside to hammock beachfront. It offers easy and beneficial residency programs… and even allows you to stay as a tourist long term without applying for formal residency.

And it speaks English.

No translation needed here—not even for the currency, which is pegged two-to-one to the U.S. dollar. Just cut every price in half to know what it would be back home (if you’re American).

For many, this is perhaps its most compelling selling point of all. Belize is the only country in Latin America whose official language is English. There aren’t many of them in the world, and even fewer that welcome foreigners and offer such affordable living options.

For all these reasons and more, it could be called the best option for the first-time expat or anyone with reservations about moving overseas.

But don’t take it from me…

It was but a few years ago when my marching orders to myself were “Belize or bust!” Actually, it was “Return to Belize… no matter what!”

I spent just one week in the tiny village of Succotz in the Cayo District on a missionary trip helping build a church. What I found there was much different than what I expected.

The events I participated in changed the course of my life—and I’m a senior citizen. I got a new lease on life, even though I didn’t know I needed one.

Living among the kind-spirited, welcoming people, and visiting them in their homes (even the houses on stilts), I was made to feel like family… and it was a memorable feeling.

That feeling was the catalyst for my change of direction. After that one week… I just had to return to Belize…

I remained on the Belize path for three years, and, though I’ve since moved again, Belize was perhaps the perfect stepping stone for my new life overseas—and living there were some of the best years of my life.

Upon my return to the States after my mission, I took stock of my life. My parents were no longer with me and my children were grown, with families and busy lives of their own. Even my one and only grandchild was an adult with his own life and responsibilities.

When I realized that no one was really depending on me, I decided that the time was right to branch out on my own and make some new memories. So I cut the reins, took off the blinders, and set my sights on Belize.

It may have been the lush, plush greenery of the abundant nature… the quiet and slow stress-free lifestyle I experienced… or the villagers’ warm hospitality… I don’t know exactly what it was… I just knew that I wanted more of it.

So a year later, I arrived at my local airport in the United States, marching orders in my mind and two suitcases and a one-way ticket to Belize in my hands. This time, I was not headed to Cayo but to Punta Gorda on the country’s southern coast.

During my year of due diligence, I had been invited to board with a lady whom I had spoken with but never met. She allowed me to stay with her while I decided where to settle in Belize. The expansive mountains and natural resources in that area took my breath away and left scenes of magnificence forever in my mind and heart.

For the next three years, I visited and enjoyed experiences in all six districts of Belize. I learned about the different cultures and the different languages used (along with Belize’s official language, English). Over the course of my stay, I continued to expand my horizons figuratively and literally in this small country of less than 400,000 people.

English being the official language in Belize was a great help. But although the language spoken was the same, the way things were run was far from it. Life was still an adjustment—new foods, new ways of shopping, and so much more.

Expats interested in volunteering often joined the Rotary Club. Others interested in becoming part of the many activities offered, especially in Corozal, were encouraged to attend the monthly Art in the Park event, directed by the House of Culture. It brought artists from far and wide to exhibit and sell their wares. One could get jewelry or a fashion outfit made on the spot. Those fun times will live with me forever.

Belize allowed me to break away from the known and venture out on my own.

While living in Belize, I discovered so much about myself, including that I liked change so much, I was eager for more… and that I was ready for new challenges and adventures.

I wanted to learn a new language, to be immersed in it and use it every day. I wanted to experience new cultures again and see what other countries had to offer.

After some research and soul-searching, I headed north to Mexico, where I continue to live today.

Belize turned out to be the bridge I needed to launch myself out of the United States and into the great unknown. It was the perfect “halfway house.”

And the friendships I made in Belize will last forever.

***Marie found Belize the perfect start to a big new adventure overseas. Many more we know set down more permanent roots. You’ll hear from another expat next week…

In the meantime, we’re opening the doors for you today to our 2020 Live and Invest in Belize Conference, taking place Feb. 12–14. As a LIOS Confidential reader, you’re getting a head start on the general readership… meaning a greater chance at grabbing one of our complimentary VIP Packages (including reserved front-row seating, airport transfers, and full concierge service).

You know the drill here… we only have a limited number of these packages to give away (21 are available as I write)… and they’ll be allocated on a first-come/first-served basis.

Get the full scoop on what we have planned for our one-and-only Belize-dedicated event of the year here now. (Use your exclusive reader Coupon Code BELIZECONFIDENTIAL to save an extra US$50… on top of the Early Bird discount.)

If this English-speaking Shangri-la sounds like it might be for you, I urge you to join us there to see this beautiful country for yourself—and chat easily with all its friendly locals.

Remember, we’ll be spreading the word to the full readership later this week.