The Best Places To Retire In South America 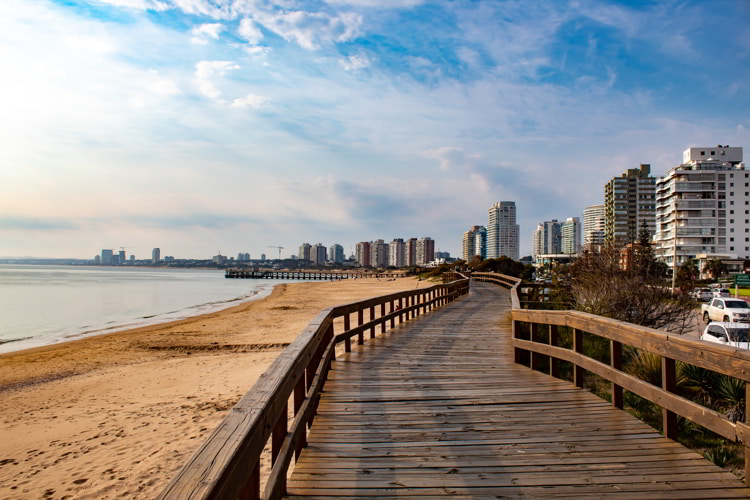 The Best Places To Retire In South America

Last week I shared with you some insights about the differences between regions in Latin America, because although we lump them together as a region, 3 different continents and 33 unique countries comprise this vast area.

In the last issue, I covered some of the broad strokes of North and Central America, but we still have the big one to get to: South America.

One of the main points I made last week was that the farther south you go, the less Americanized countries tend to be, so while Mexico and Panama, for example, can feel very familiar, this becomes less true the more distance you put between yourself and your current home.

Break Out Of Your Comfort Zone And Retire In South America

Once you cross the little bridge of Central America, things start to get markedly unfamiliar… the way things are done in South America is unique and will take some getting used to, depending, of course, on the country you choose…

Our top picks on this massive continent are Colombia, Ecuador, Argentina, Brazil, Uruguay, and Chile, and each of these countries is strongly unique in culture and the types of lifestyle offered.

Colombia is the most northerly of the options in South America, with Ecuador not much farther, so these are the most easily accessible of the havens on this continent—something to keep in mind if you intend to travel back home to visit friends and family with frequency.

Colombia offers great diversity, from the world-class colonial city of Cartagena to smaller Spanish-colonial towns… from international-class cities, including and especially Medellín, to mountain villages and fincas… plus great beaches, too.

Colombia is home to the best health care in Latin America, with well-equipped hospitals and excellent service available at very affordable prices.

It’s a modern country, but it probably won’t be as easy to adapt to as North and Central American havens. Here, you won’t find nearly as many familiar chain stores or brands on the shelves—heck, sometimes just the products themselves are presented so differently, you don’t even recognize them. I must have spent 20 minutes hunting the first time I tried to buy milk in a supermarket there. It’s sold in bags, not cartons or bottles, so I kept passing it thinking it was some kind of cream or cheese…

In fact, if you spend time in Europe, you might recognize more from across the Atlantic than from up north. French supermarket Carrefour is one of the main stores here, complete with some French products you might not have expected to find here.

The same goes for Ecuador, one of the most beautiful and diverse countries on the planet, boasting the Amazon Rain Forest, the Galapagos Islands, hundreds of miles of coastline, and the bucolic Andean central valleys. Thanks to this geographic diversity, Ecuador enjoys environmental “megadiversity.”

In Ecuador, the shopping will be another step removed from North America’s, and the infrastructure isn’t nearly as good here, meaning a more rustic way of life at times.

Driving here is not for the faint of heart, and road conditions aren’t of a consistent standard. Likewise with the electricity, telecommunications, and Wi-Fi and data coverage throughout the country, which can be spotty, especially in certain regions.

But while Ecuador may be a bit more outside your familiarity zone, it’s home to well-established expat communities that you can plug into to help you get going, whereas Colombia is not nearly as populated by foreigners (though this is changing quickly).

Ecuador uses the U.S. dollar, so currency fluctuation isn’t a concern here (on the other hand, the strength of the dollar versus the Colombian peso means a massive discount for dollar holders).

Brazil, the largest and most populous nation in South America, makes up almost half of its continent. This diverse land is renowned for its natural beauty, friendly people, vibrant carnivals, and exquisite coastline.

Here, of course, the biggest difference will be the language—while Spanish can be an easy language to pick up, Portuguese is not… and Brazilians aren’t known for their proficiency in English.

Being such a vast country, quality of infrastructure and cost of living vary quite a bit depending on where you locate yourself. And in terms of cultural influence, Portugal has a far more significant claim here than North America. 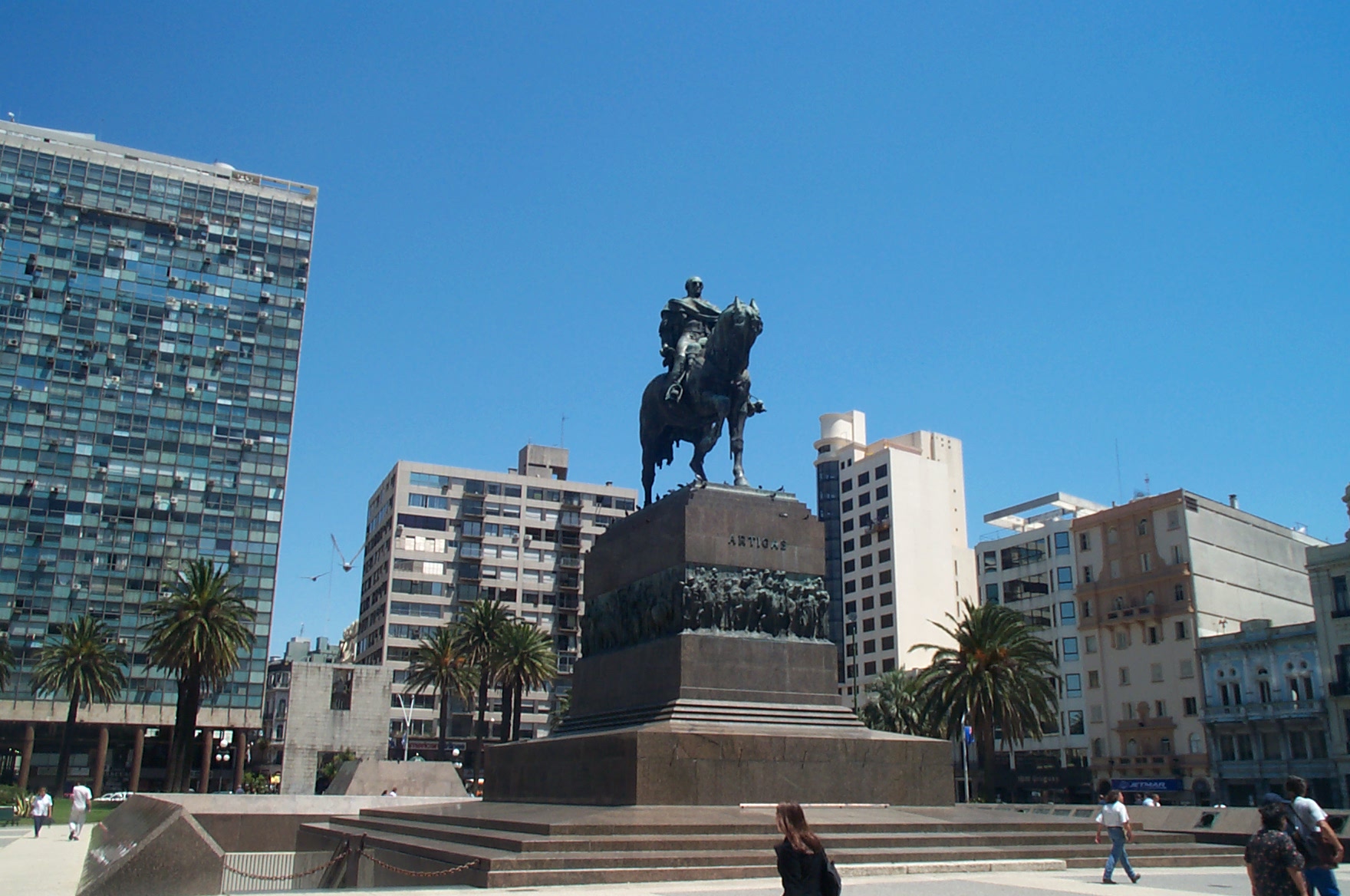 Chile and Uruguay share many of the same claims to fame when it comes to culture and lifestyle, and neither are developing countries. Uruguay has been called the Switzerland of South America, and Chile claims the highest standard of living in Latin America. They each feel a world away from the majority of South American culture, with a strong European influence.

Uruguay has a strong cultural tie to Italy—half the population is said to be of Italian origin—and you may notice its influence in its art, law, science, food, and theatre. The Spanish spoken in Uruguay, however, has a strong Portuguese influence.

With their modern infrastructure, reliable communications, and high standard of living, Chile and Uruguay could be the easiest transitions for North Americans coming to South America. They each boast some of the highest GDPs in Latin America, and they feel efficient, well-run, and safe. Utilities work, buses leave on time, and you can stroll the streets without danger.

If you’ve spent time in other Latin American countries, you might notice that Chileans are less friendly, less trusting, and more shy compared to more vivacious and boisterous Colombians and Brazilians.

Argentina is another country with strong European influence, with two-thirds of the population said to be of Italian origin, and its capital often called the Paris of South America.

Argentina is a destination for those who enjoy the finer things in life. It is world-renowned for its wine, listing as the sixth biggest producer globally. Argentinian meat is an art unto itself, and a whole culture celebrates this delicacy. Asado, the traditional barbecue, is a cornerstone of Argentinian life.

But Argentina is wracked with political and economic turmoil, which can take some time for a North American to get comfortable with, if indeed they ever do. Keep in mind, you can live in Argentina at least part-time without bringing in assets or investing.

There’s also a vast discrepancy in wealth throughout the country, with infrastructure modern and reliable in some areas but others left completely unconnected.

In South America, dinner is usually eaten late—much later than North Americans are usually comfortable with. It’s not unusual for a meal to begin at 10 p.m. in Argentina, for example, so you’ll have to adjust your eating times accordingly if you want to eat out or with local friends.

With the exception of Uruguay and Chile, corruption levels are high in this part of the world—on both large and small scales. We North Americans are among the world’s rule-followers, and we’re basically honest… and we assume honesty in others. Adapting to a dishonest culture can be difficult.

Senior Latin America Editor Lee Harrison has spent decades living all over this region. Here’s his take: “In my experience in Latin America, countries with high corruption levels are the countries where you have to lock your car doors… carefully count your change at the register… and be careful that you’re not being overcharged. Taxi drivers are more likely to raise the fare. And prices may not be marked, so merchants can charge you based on what they think you can pay. People often fail to keep appointments, expecting you to accept a flimsy excuse.

“To give another personal example, I was short-changed in Ecuador perhaps 100 times over 5 years. Each time, it was politely claimed to be an honest mistake, but the mistake was never—not once—in my favor. In Uruguay, I was never short-changed in six years. In Colombia, it hasn’t happened yet since 2011.

“To be fair, I should point out here when I moved to Ecuador in 2001 it was near the bottom of the corruption index… only slightly better than Bangladesh and Afghanistan. Since the election of President Correa, things have improved dramatically. Today they’re rated in the middle of the pack. Continued leadership from the top could slowly change the culture over time.

“And make no mistake: there are plenty of dishonest people in Chile, the United States, Colombia, and Uruguay, too. The difference is that in those countries the dishonesty is not culturally acceptable.

“That said, corruption should not disqualify a country for you. Ecuador is not rated well for corruption, for example, but I know firsthand that it’s a great place to live, has fantastic weather, and wonderful people. Many people—because of where they live and who they associate with—don’t even notice that they’re in a corrupt country… especially if they don’t drive and thereby avoid encounters with the police.”