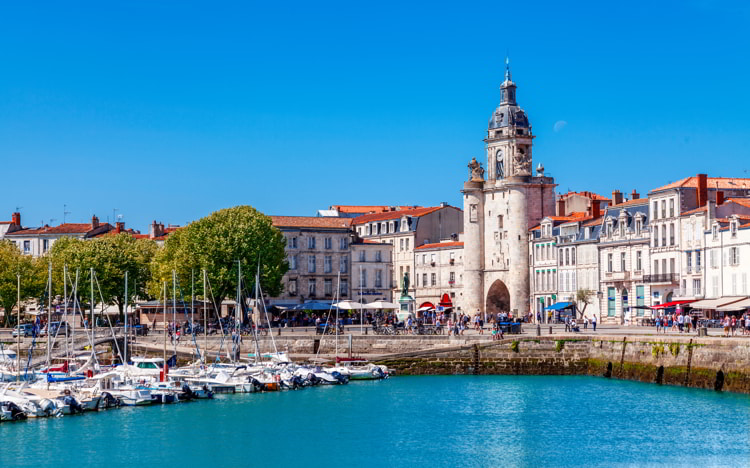 An easy three-hour train ride from Paris, the medieval port town of La Rochelle boasts the third-highest quality of life in France.

Just north of Bordeaux, La Rochelle is one of the top vacation spots for the French—75% of the 3 million visitors it claims to receive annually are domestic. The remainder are all European… which is to say, this coastal haven is practically unknown to North Americans.

The population is only about 175,000, so this isn’t a densely populated city, and really feels more like a big small town than the capital of the department.

The area is known for seafood and sunshine, and, indeed, it was nearly 20 degrees warmer there than it was in Paris the same weekend, and the sky was stunningly clear blue every day. Nicknamed La Ville Blanche by foreigners for its dazzling sunshine, you’ll want good sunglasses and a brimmed hat all year long. 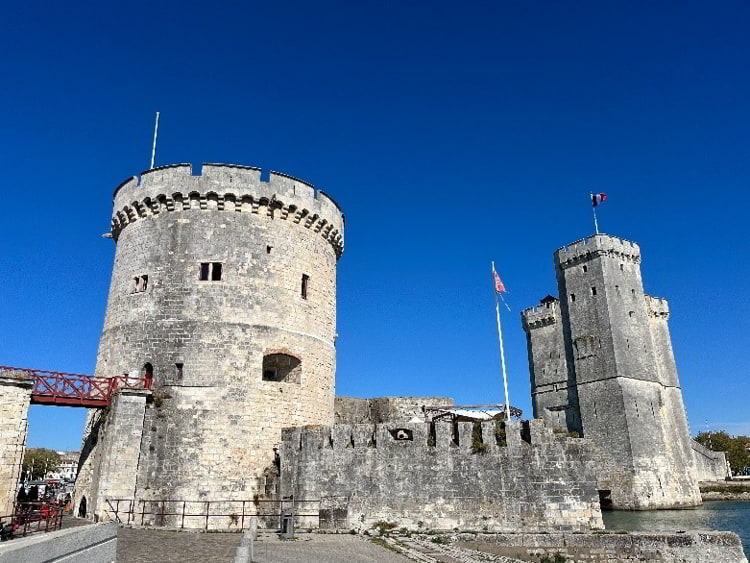 Thanks to the influence of the Gulf Stream, temperatures are never extreme here, and the region isn’t overly rainy, but it does get windy. I’m told that the windchill factor is the main reason for cold in the winter. Despite that, you’ll never want for vitamin D living here, as this region gets some of the most concentrated levels of UV rays in all of France.

The day-to-day life here is vibrant and active. Most days see folks of all ages enjoying the salty sea air—grocery shopping at the historic market, playing cards or board games in the park, taking a bike ride, hitting the beach, or simply enjoying a crisp glass of local white wine next to the harbor. 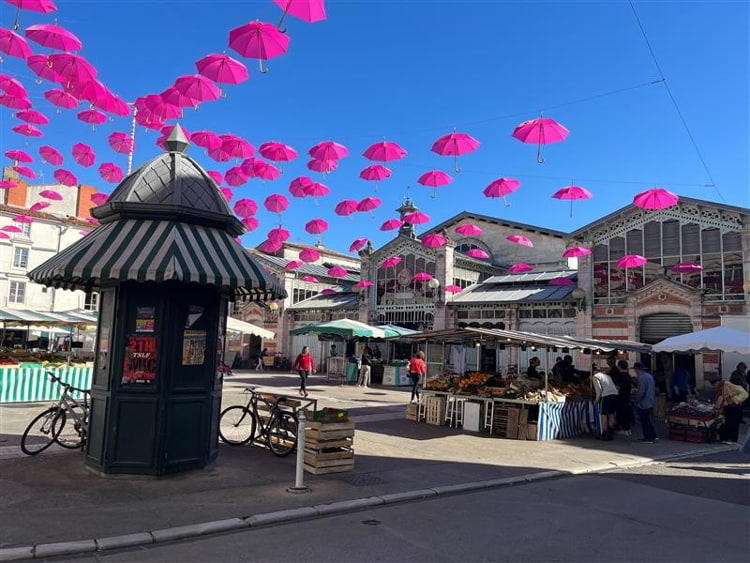 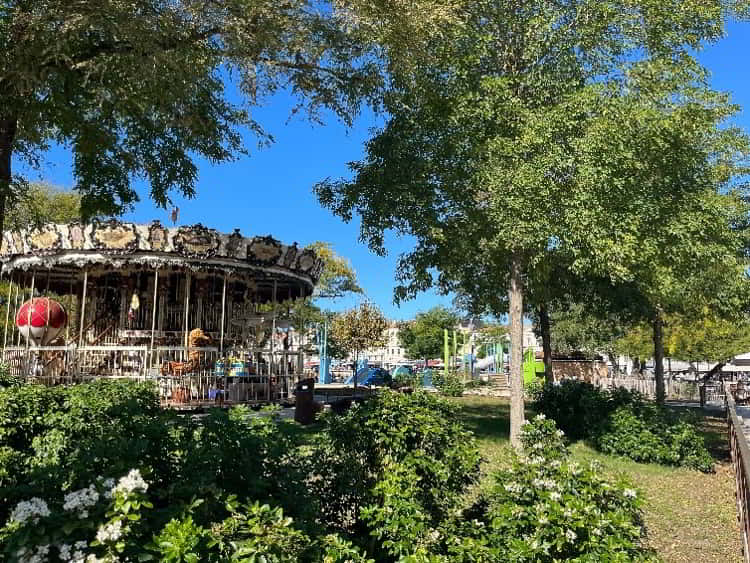 The beaches here are a main draw for tourists and residents. With Plage de la Concurrence mere minutes’ walk from town, another beach just a few minutes beyond that, and countless others within biking or driving distance, there’s no shortage of opportunities to be close to the water here.

And no matter the time of year, they’re always in use. They’re packed end to end at the height of tourist season (July and August) but, otherwise, it’s just locals enjoying the surf. If it’s too cold for a dip, the coast is the perfect spot for a stroll. On my visit in early October there were at least a dozen people in the water and many more tanning in swim suits. 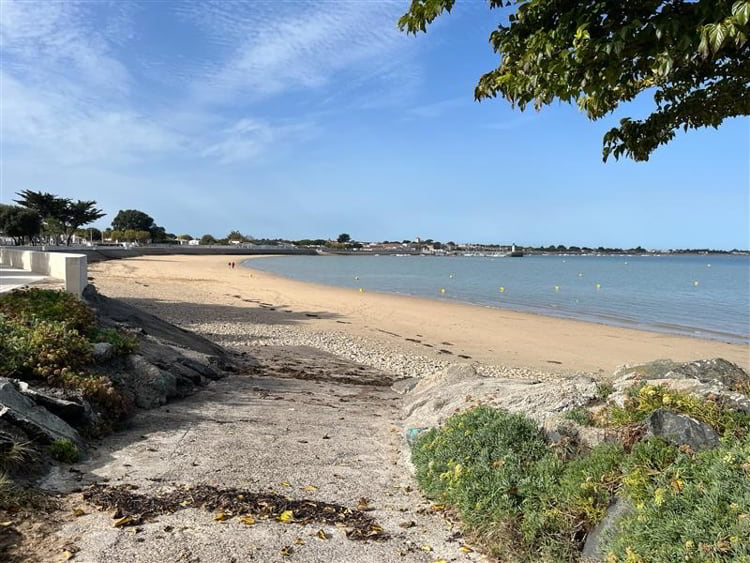 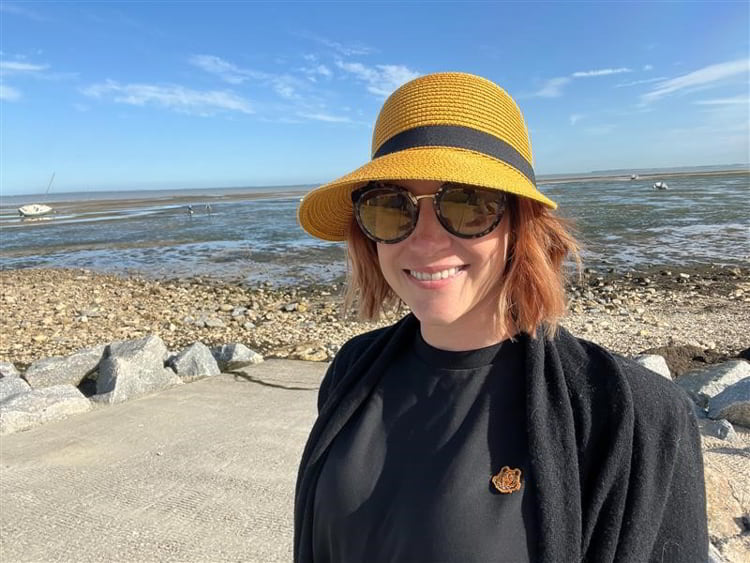 More of a boater than a swimmer? La Rochelle is home to the largest marina in France. With over 70 hectares of berthing area, boaters won’t have any trouble finding a slip here. As a sailor’s daughter, I can attest that this is a diehard sailing town.

Oysters are the first (and often second and third) item on every menu—and, yes, I do mean every single menu—and they are some of the best I’ve ever had. Mussels are served in even the humblest of cafés, and the special of the day is almost always the catch of the day.

The town is completely accessible by foot or bike, and much of the historical center is pedestrianized. Bikes lanes and buses crisscross the city, and boats, buses, and trains take you to anyplace near or far, making a car unnecessary for most residents. 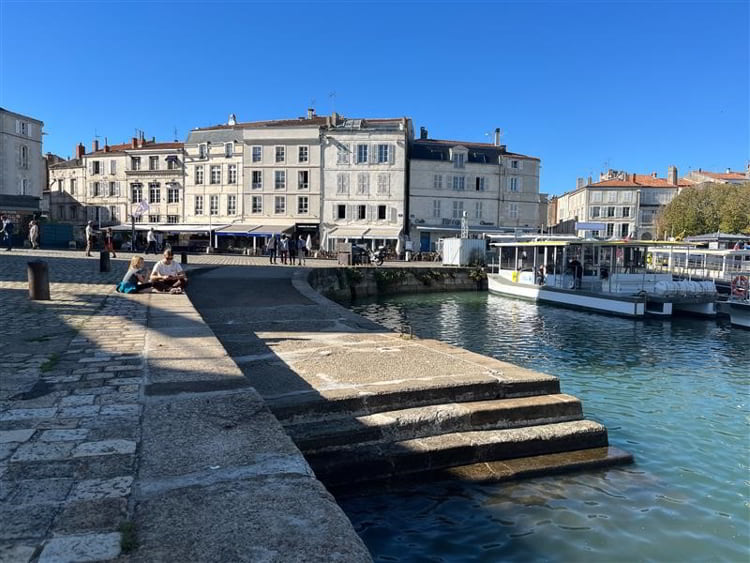 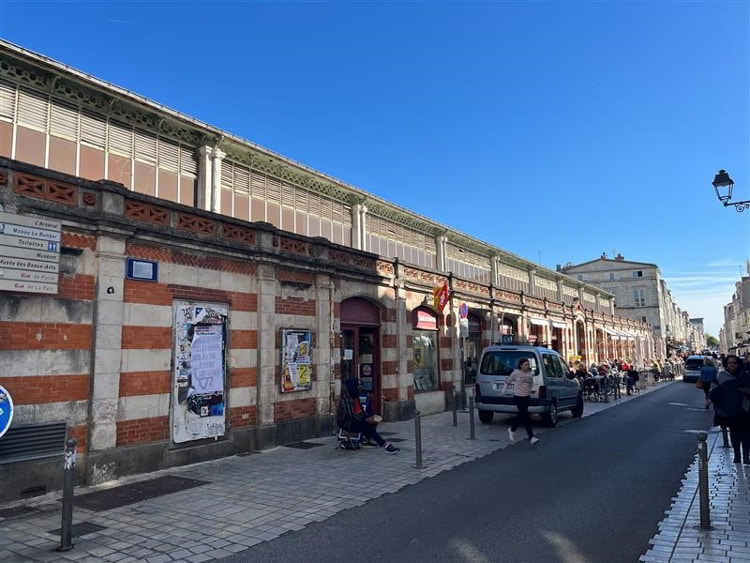 La Rochelle is famous for its biking mentality. It earned the title of “Best Cycling City in France” for 2022 (for cities its size), and was one of the first cities in the world to implement a successful public bike sharing program—way back in the 70s. With over 280 kms of bike lanes, more than half of which are not shared with cars, it’s not surprising that more than 10% of all travel done in La Rochelle is by bike.

When it comes to going farther afield, the local airport and train station provide ample opportunity for convenient getaways, whether in France or abroad. The airport is mainly domestic, but seasonal flights to the U.K., Ireland, and Portugal are a boon.

The city’s port, La Pallice, is the only deep-water port on the French Atlantic coast, protected by Ile de Ré to the north and Ile d’Oléron to the south (both wonderful destinations in themselves). This “doorway to the ocean” is the reason for the city’s longstanding commercial seafaring tradition, and it’s still ranked the sixth most important port in the country today.

As well as a fiercely proud seafaring town, this is also a university town, welcoming about 10,000 students a year who add to the vivacity of the area.

However, as I said, the vibe here is more small town than big city. Perhaps the first reason you’ll notice this is by looking at store hours. Many shops only open in the afternoon, those that open in the morning take a few hours off for lunch, and nothing is open on Sundays or past 7 p.m. Some bus routes also have hours, so make sure to check the schedule before you assume you can go anyplace at any time. 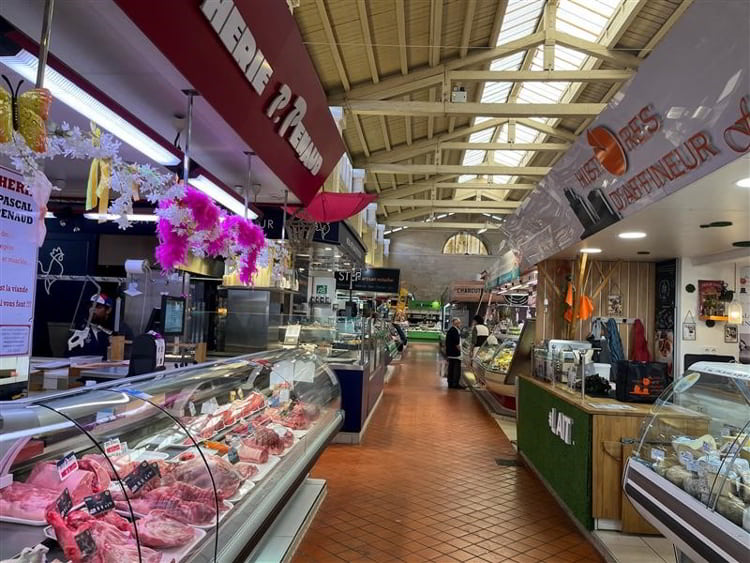 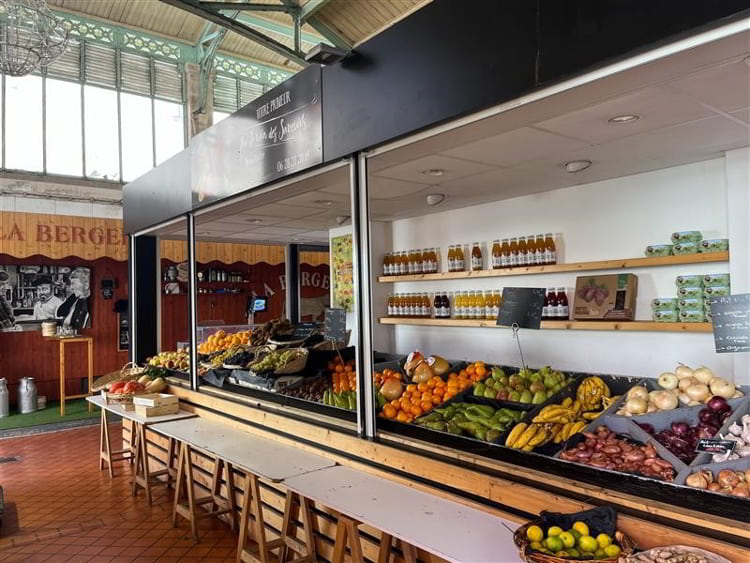 While the port has been the reason for the city’s prosperity over the centuries, it was salt that originally led Romans to settle here, and it still plays an active role in the life of the area. The “white gold” can be found all over, whether on the table, in your caramel, or as an ingredient in the locally made beauty products. Tour nearby Ile de Ré’s salt marshes for a fascinating peek into the lives and work of the local salt workers, who still employ ancient methods, passing them down from generation to generation.

The marshes also provide a habitat for flora and fauna that’s unique to the area. Samphire, for example, an algae that’s sold as a condiment, usually only grows in the U.K. and Ireland but abounds near the salt flats. The wildlife that thrives in the wild northern part of Ile de Ré is worth a trip for birdwatchers or anyone else that loves to see nature at work.