The Challenges Of Living Abroad And How To Overcome Them 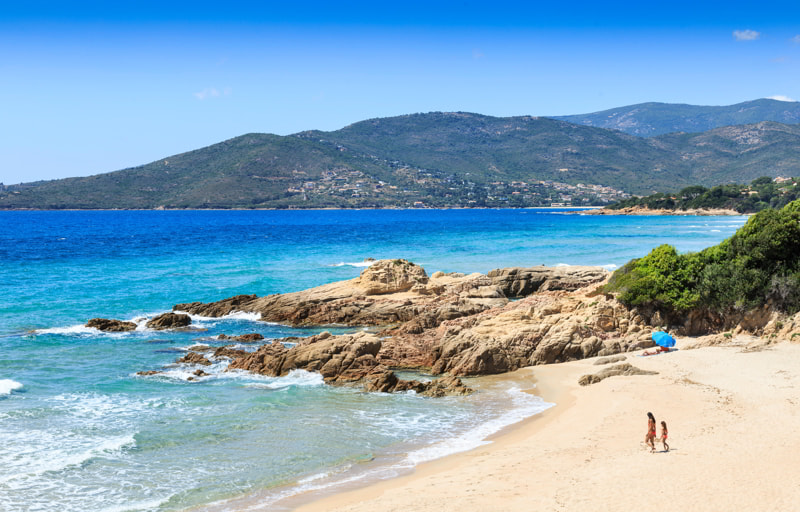 The Challenges Of Living Abroad And How To Overcome Them

It’s just been one of those weeks…

From multiple household-wide illnesses to minor annoyances to major frustrations to serious disappointments, it feels like we’ve just been pummeled over the last week.

Mid-February is my least favorite time of year when I’m in a place where it’s winter. (If you’re nearer the equator, it’s less of a doldrum.) You’ve gotten through all the good parts of winter, but you’re still stuck in the cold and it feels like spring is a lifetime away…

For all these reasons, I’m finding it hard to put a positive spin on things this week… so I’m going to lean into it.

We always boast about divulging “warts and all” here at Live and Invest Overseas, so here’s a dispatch fully dedicated to all the things that aren’t so hot about being overseas.

Following are my top three peeves about being outside of the United States and the workarounds I’ve developed for dealing with them….

When it comes to getting sick, I’d rather be nowhere on earth but the U.S. of A. What I wouldn’t give right now for bottomless Nyquil and Dayquil, a candy dish of Halls, and some Afrin spray… but those are all things you can’t typically find overseas.

Mexico is the big exception here, where pharmaceuticals are more or less the same as they are north of the border. And you’ll have better luck in Americanized parts of Latin America (like Panama) for basic things (e.g. Pepto-Bismol or Tums), but Gas-Ex and even Alka-Seltzer won’t be found. There are equivalents overseas, but none are nearly as effective in my experience.

Even the painkillers are a faint shadow of their superpowered American counterparts. Tylenol is the substance of choice in Europe, for example… and unless you’re under 10, I humbly assert that it’s useless. And you can’t just pick up a bottle of 100 Excedrin or Motrin like you can in the States… those brands don’t exist. If you do need something to ease the pain beyond Tylenol, you’ll need to ask the pharmacist what they recommend and hope it does the trick… and buy a dozen boxes, because they’re only sold in little blister packs of a few at a time.

The ultimate workaround for this one is not getting sick… which sounds laughable, but, frankly, the reason so many of these things are not sold overseas is that they aren’t needed. Digestion-related medications are practically unheard of in Europe because, generally speaking, Europeans have more balanced, healthier diets than Americans have. Believe it or not, embracing the local cuisine can vastly improve your health, to the point of no longer needing these aids.

In Panama, my husband suffered from debilitating, around-the-clock heartburn due (we think) to the amount of oils used in cooking there. After moving to France, the problem disappeared entirely… and returned only when we visited Panama or the States since.

But when I have food poisoning, a stomach virus, a cold, the flu… or any of the other hundred ailments that can pop up unexpectedly, I want nothing but my nicely stocked shelf of good old American drugs.

My first stop whenever I’m Stateside is to hit Target’s pharmaceutical aisles and load up. I always pack a duffel inside my suitcase, and its sole job is to carry back super-size packs of the Quils, Zantac, Claritin, Advil, Excedrin, Tums, Pepto, Midol, Afrin, etc.

There are also some possibilities for getting certain items delivered, but only for the most basic of medicinals, and they’re typically not the name brands you’ll know from back home.

2. Customer Service Is A Joke

Whether you’re in Latin America or Europe, don’t expect that as customer, you’ll be treated as king.

In my experience living in Latin America, if you’re shopping at mom-and-pop style businesses, you’ll be treated as family. But as soon as you get into a chain, the staff simply doesn’t understand the value of a customer or their business. Not even the managers seem to, in fact.

You know summer months in the United States when all entry-level positions seem to be filled by teens who couldn’t care less about the job? That’s kind of what it feels like being a customer in Latin America. They just couldn’t care less. And the more you appear to care, the more bewildered they become.

This is a gross generalization, of course, but I spent nearly a decade living and traveling throughout Central and South America, and this was my overall takeaway on the topic of customer service throughout these continents.

In Europe, it’s not the same attitude, but the net effect is the same. Here, employees give the impression that they’re doing you a favor by doing their job. If you’re not the picture-perfect client, then you’re the one who will be scolded and sent from the premises, not the out-of-line staff member.

In any location outside the United States, getting upset and causing a scene only hurts your cause. In every other culture, the response to this reaction is to shut down. You may not get another word out of an employee in Latin America who feels confronted… or, more likely in Europe, you’ll receive a raised eyebrow, pursed lips, and a nonchalant reply to the effect of “too bad,” as the person turns on their heel and out of your orbit.

The only way to rid yourself of this bane entirely is to shop exclusively online… which will only go so far to spare you from human contact. Because eventually you’ll have a delivery problem, or it’s the wrong size, or it arrives damaged… and then you’ll have an even bigger headache trying to contact the company and deal with the issue (especially if it’s in another language).

I began practicing calming breathing techniques when living in Panama, and I downloaded a meditation app that I could call up whenever I needed to cool down. I also keep audiobooks loaded up on my phone for the endless lines that move at a snail’s pace everywhere outside North America.

3. The Paperwork Is Atrocious

Almost anywhere other than the States, there’s a lot more paperwork to go through for anything you need to do. The rest of the world isn’t nearly as paperless as North America… in fact, they seem to really love having hard copies of everything everywhere else in the world.

I will say, though, that this issue is a lot worse in Europe than anywhere else I’ve lived. While Panama was far from paperless when I moved there, by the time I left, the capital city had made big strides in streamlining many processes that had been tortuously inefficient. Things like having to wait in a line with a paper bill in your hand in order to get your electricity bill paid—which can now be done online.

But in Europe, I daresay this is the number-one grievance every expat has…

Things you can do online back home, you have to request in person in Europe. I had to file paperwork to change the physical address associated with my French bank account, for example, and this had to be completed on premises.

To request a refund for a service not rendered in France, you need to write an official letter and mail it to the company. Yes, an actual letter, in an envelope with a stamp. No phone call will do… and forget email. This is the case whatever the reason for the refund, even if it’s entirely their fault. The only way they can initiate the refund process is with the formal letter.

Get used to it.

Make sure you have a printer at home, buy some envelopes, and keep stamps on hand… that, at least, will make the process less painful than having to go to the post office each time you need to send an unexpected letter.

This is one of the most annoying things I’ve discovered living as an adult in France, but, on the bright side, I’ve never had one of the refund letters denied or even questioned. You may have to jump through a dozen hoops to figure out what to write and where to send it, but once you do, it’s a fait accompli.

This is true for much of the paperwork you’ll be asked for in Europe… it’s a long road to collecting it all, but once you have your stack of documents, they are typically rubber-stamped through whatever process they’re in for. It’s more about their presence than the bureaucrat going through each one with a fine-tooth comb.