The Truth About Moving Abroad And What It Really Means 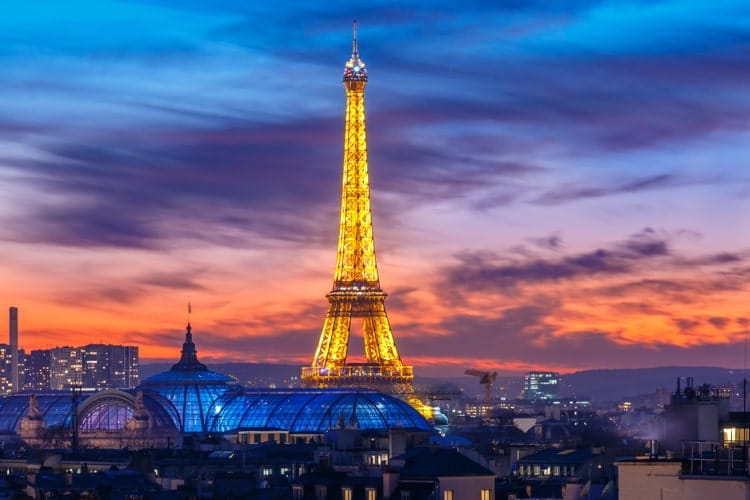 The Truth About Moving Abroad And What It Really Means

I give a presentation for our annual Live and Invest in Europe Conferences… sharing my “expat story,” as we refer to these kinds of talks.

My expat tale began very close to the start of my life. I was only 8 years old when we moved from Baltimore to Ireland. It’s not your typical expat story, and, when I share it, I feel I need to start at the beginning.

From Ireland, where I had been an involuntary expat, I moved to Paris by my own choice when I was 14, then went to university back in the States… where I felt like an expat all over again.

After graduation, I moved to Panama for a job… before finally returning to Paris.

My goal had always been to move back to France as soon as I got the chance. It only took 11 years.

Thanks to all of those moves, I’ve been able to refine into four points the main things you’ve got to figure out before and during a move overseas… you can almost break it down like chapters.

These are, for me, the most significant things you’ll need to deal with when it comes to taking the plunge:

1. What To Take And What To Leave

We talk regularly in these dispatches about what to take with you and what to leave behind when making a move overseas, but I feel we don’t give the whole shebang its due. It’s a big deal to say goodbye to big chunks of your life—a house where you may have lived (and raised a family) for decades… your book collection… your car… the dishes that you love… the perfectly comfy armchair that took years to find.

These things become a part of us. Yes, it’s materialistic and we’d all be better off if we could shed all our earthly possessions. But, let’s get real… most of us like our stuff.

It’s an emotional process to sort through a lifetime and make fatal judgments that sentence your beloved treasures to an untimely death. It’s hard and exhausting. I’ve had struggles with downsizing during every move I’ve made.

All that said, I wholeheartedly recommend getting rid of as much as possible. I’ve seen too many people spend money on shipping things that ended up making no sense for one reason or another—including my own family and myself—in the new destination.

One of the biggest reasons things don’t work in your new home is size. This is especially true in Europe. You own things that fit the proportions of your current home—likely far, far bigger than any home you might own in Europe. They’ll just look crammed in if you try to bring them over. You need to think through every item. Your kitchen cabinets will be smaller, so you might not want to bring your giant turkey platter with you, for example.

Plus, keep style in mind. If you’re living in Florida with a palm tree-themed rattan living room set, it’ll feel out of style anywhere but the tropics.

What Should You Keep For Sure?

Anything of sentimental value. And be honest with yourself, because if you get rid of some trinket that you thought you could live without but realize you miss, it’s a regret you won’t be able to shake.

Also keep books or any other language-specific items. Those cost an arm and a leg in foreign countries. Likewise laptops and anything that uses a typing keyboard—those are language-specific. A Spanish, French, or Italian keyboard is practically useless to an English-speaker.

And, when you’re in the middle of a downsizing session and having trouble being ruthless, remember that anything you don’t take with you, you get to buy anew. Shopping in your new home is not just fun, it’s a great way to get to know the area. You’ll have to shop around, ask folks where to find things, figure out the lay of the land… and you’re guaranteed that whatever is for sale won’t clash with whatever kind of décor theme your new home needs.

This is a funny one, because some of these aspects can be harder to acclimate to than cultural ones… yet we lump it all in under “culture shock.”

In Ireland, my mother and I realized a couple years in that we were succumbing to seasonal depression. At the height of winter, we might only see the sun for a few hours a day… if it managed to peek out from behind the clouds. In Panama, I could never get used to a mono-season—I so missed a change in temperature. Now back in Paris, I’m struggling to get used to the hours of daylight—too few in winter and too many in summer.

Similarly, forming new habits to adapt to your new environment can be tough. If you’re used to driving but give up your car in a move, you suddenly need to get used to walking, biking, or reading bus and metro maps. If you’re used to a pretty predictable diet, the local gastronomy might be an upset. And moving to a hilly city, a sandy beach, or a mountaintop where the air is thin will be an adjustment if you’re not already used to that kind of terrain.

What Can You Do?

My advice here is to be aware of yourself. You need to recognize that your mood is dipping in the winter or that your schedule is all out of whack because you’re no longer able to wake up with the sunrise. You need to be able to identify the issue and then figure out a fix. Take a weekend trip to see some sun. Change your schedule to wake up earlier or later and be flexible enough to do so.

Tomorrow we’ll talk through the next two things on the list—adjustment to culture and appreciating the new.

Speak with you then.

Meantime, remember, these are some of the aspects of a move to a new country that we address and prepare you for during our conferences. If you’re at the getting-started stages of moving overseas, the best thing you can do for yourself is to join us in September for our 5-day Retire Overseas Virtual Conference.

Join us for our virtual Retire Overseas Conference this year, and you’ll have the benefit of not one, not a dozen, but 54 experts and expats from all over the world. These folks, whom we’ve known, in some cases, for decades, are bona fide authorities in their respective areas—they’ve done it all, seen it all, helped with it all.

And they’re all coming together for our biggest ever ROC event to dedicate their time to you and your questions, to make appointments for consultations, and to help you further your live-overseas goals.

And, remember, as a LIOSC reader, you get US$50 off this and any other event you sign up for.

Sign up here now to join us in September.