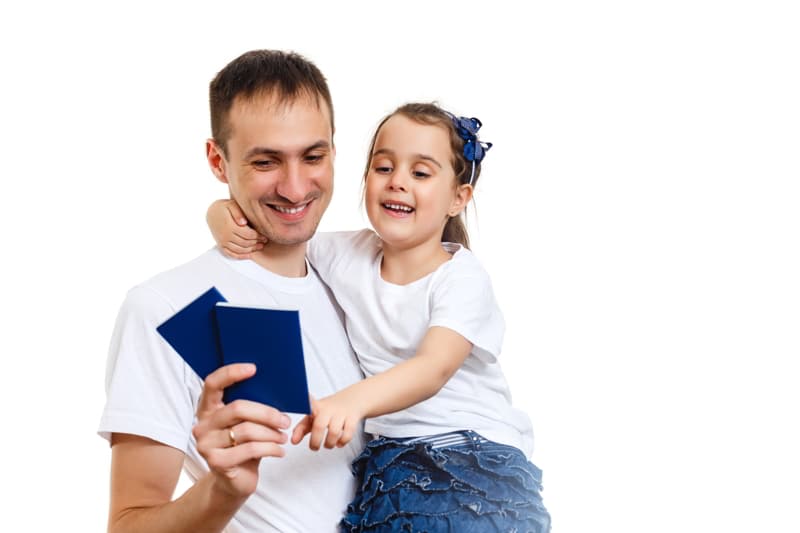 The Quest For Our Family’s Backup Residency Continues

Talking about second passports and backup residencies is such a niche topic… I’m not used to people being familiar with these concepts when I meet them. If ever I mention that aspect of our business in conversation, I’m used to being met with blank, questioning stares.

Since I’ve moved to Paris in 2018, though, I’ve found that the rest of the world is beginning to catch up to this advice we’ve been giving for decades… or maybe I’ve just tapped into a network of extremely savvy folks.

Having A Backup Residency Becomes The Norm

Somehow, most of the friends I’ve made here this time around seem to be dual citizens already, and they are not strangers to talking about any of this stuff whether in reference to themselves or their children.

One friend doesn’t hold a second passport yet, but her grandparents were Portuguese and she plans to collect her Portuguese passport while here in Europe. I’ve put her in touch with our go-to attorney in Portugal to help her do so.

Another friend’s husband was just naturalized in France, a goal of mine for myself and my family—he’s the first person I’ve met who has gone through this process here, so I’m keen to hear all his wisdom.

Yet another married an Australian with Polish citizenship, and she’s able to pursue a Polish passport based on their marriage.

Many more of these new friends bounced around as kids themselves, gained a passport or two along the way, and now they’ve brought a new generation of Third Culture Kids to the world. If any of them didn’t already have multiple passports from their own histories, they are pursuing the idea now for their progeny.

And if you’re in a mixed-nationality couple, you’ve got to do this twice—once for your nation, once for your partner’s.

Several of the families I’ve gotten to know over the last year are French-American, and they’ve had to deal with the double bureaucracy. While normally any paperwork in France is a nightmare to complete, in this case, as in the States, most of it is automatic—done by the hospital for you. So ironically, most of these couples have no trouble getting their child’s French passport, but applying on the American side has been an ordeal (and an expensive one by comparison).

I know babies who can’t hold their head up but hold multiple passports.

Finding A Backup Residency For Our Family

I so badly want to provide this critical asset to my daughter and any future children, but we don’t have the best options to do so here in France. For my daughter to be eligible for French citizenship, we’d need to live here until she’s 13. We don’t necessarily plan to stay that long…

Perhaps we’ll find some alternative route to getting her a backup passport in the next few years. But in the meantime, I feel I’m letting her down. This is something to consider when you’re mulling over possible second citizenships… Can you confer one on to your children? Can they pass it on to theirs?

It’s never too early to plan for your legacy. If my parents had planned a little bit better 20 years ago, I’d have an Irish passport along with them. (I can’t resist any chance to get a dig in at them over this famous family failure.)

While registering my own daughter’s birth, I was shocked to see some of the requirements asked of us as parents. My husband and I are both American. That means our daughter is and must be American upon birth. No one can be stateless, hence the automatic conferral of citizenship. However, to my gall, I found that the U.S. government decided to ask for paperwork that is not required… just because they can. What they want is proof of residency in the United States… which is completely unnecessary.

In fact, I can’t provide any proof of residency without going back to schools to ask for transcripts. Nor can my husband. Did they really expect us to spend weeks going back to our colleges to try to track down this decades-old paperwork? What a ludicrous waste of our time for something no one actually needs.

Of course, most people do provide this proof. The majority can do so more easily than we can… and they don’t realize they can skip right past this step.

When we stood at the counter and the lady asked for the missing documents, I simply said I couldn’t provide them. End of story. They know they have no right to demand it, and they certainly can’t deny my daughter her citizenship because of it.

Residency in the United States does not necessarily have a bearing on being a citizen of the United States. The two things can be 100% mutually exclusive. You’d think the government would know that. I or my husband could have never lived on U.S. soil a day beyond our birth… but so long as our birth certificates were registered, Ariadne would still be an American.

There are, of course, caveats to this. If I or my husband hadn’t been born in the States, then the citizenship wouldn’t have been automatic. In that case it would indeed have been based on U.S. residency, ours and/or hers. But that wasn’t the case, and there wasn’t any distinction made between citizenship by soil or by blood when registering for your child’s citizenship. They just wanted to sweep everyone and all their data into one big net.

In any case, Ariadne is an official American, but she won’t be anything else anytime soon. Hopefully her jet-set baby friends, with all their backup options, won’t leave her in the dust…