The Truth About Making Friends Overseas 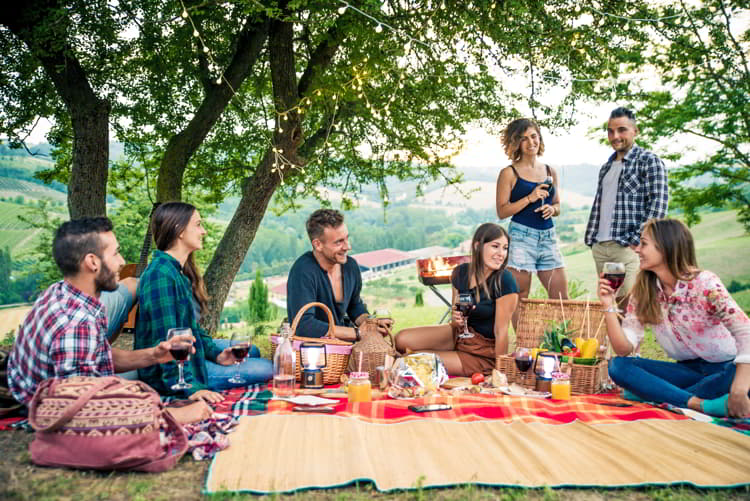 The Truth About Making Friends Overseas

An American, a Norwegian, a Mexican, an Indian, and a Lithuanian sit down to lunch… No, it’s not the start of a bad joke, it’s what life looks like when you start to make friends in your new home overseas.

The lunch I’m referring to was with my daughter and some of our friends. Not only did each one of us hail from a different part of the world, but our kids were likewise born all over.

The conversation was informed by all of our varied backgrounds, each of us with different perspectives on whatever the topic was. It was one of the most enjoyable discussions I’ve had in a while.

Making friends in your new home overseas is a daunting proposition… it’s perhaps the most vital aspect to enjoying and making the best of your new life, yet sometimes the most difficult to achieve.

Is It Easy To Make Friends Overseas?

This depends on your personality and where you’re moving, of course.

If you’re an extrovert living in Belize, you’re probably not going to have any trouble making friends, either with locals or fellow expats.

But if you’re moving to a country where English isn’t the language… or if you’re on the shy side and find it difficult to put yourself out there… making friends can be a real challenge.

I live in Paris, perhaps one of the hardest places in the world to make local friends. The French are socially very different from Americans and often find our outgoing ways strange. They are softspoken, understated, and they take a long time to warm up. Small talk doesn’t exist here—you don’t generally chat with strangers.

Paris is also full of foreigners, though, with a huge population of English speakers and infrastructure to support them. I’ve made friends through the American Library, a Facebook group for English-speaking mothers in Paris, language classes, and English activities and classes with my toddler.

While I wish I had more French friends (and I continue to try to make them), I have plenty of foreign friends—and just because I met them through English-language venues doesn’t mean they are all Anglo, it just happens to be the lingua franca between us.

At this point, we have good friends from all over the world living all over the world. Expats are often transient by nature, but despite some of the people we’ve met living in Paris having since moved away, we remain close. We travel to visit them, we vacation to discover new places together, and I’m amazed that these folks we’ve only known a couple of years are nonetheless like extended family.

Another scenario is moving where locals are easier to befriend. You’ll need to speak the local language, of course, but eventually you will become part of the local community in a fully integrated way.

If you’re the only foreigner around, though, there’s a chance you’ll feel isolated from time to time, and you’ll have no one to commiserate with when you miss home or need to speak your own language. If that’s the case, try to connect with some expats online—be they in your country or not.

Having someone to talk to who understands what you’re going through is a lifesaver some days. As wonderful as a new life overseas can be, it can also be alienating and lonely at first. Fellow expats get that.

How To Make Friends Overseas

Whether you’re trying to make friends with locals or expats, the key is to follow your own interests. Whatever you like doing—or have always wanted to try—find it in your new home.

Jogging, pottery, boating, golf, cards, reading, knitting, volunteering, tennis, painting, church, your dog… whatever it is, you wouldn’t have moved to your new home if you didn’t have access to it, so don’t waste time—dive right into it.

Joining classes is another great way to make friends. Language classes are the most obvious starting point if the country speaks another language. You’re likely to meet other recent arrivals in these classes, and they’ll also need new friends.

But don’t stop there—join dance, yoga, improv, the gym, churches, libraries, dog meet-ups, and anything else that interests you. Then don’t be afraid to strike up conversations. Joining the class is only half the battle—you need to go the extra mile and put yourself out there.

Technology is an important factor in all this. You’ll have a much better success rate if you’re on social media. Apps, Facebook, forums, and meet-up sites exist pretty much all over the world, and they’re put to good use by expats. Do some research to find the most active in your area and get involved.

And I recommend getting started even before you make your move. It will take time to build these new relationships, you might as well get started. The friendships you have back home were likely built up over decades, so don’t expect a new best friend overnight and remember that it will take effort. You never know where a random acquaintanceship will lead, so give everyone an equal opportunity.

The most important thing is to keep an open mind. There can be a tendency to gravitate to your own nationality—you have so many cultural touchstones in common that making a connection is easy.

But try not to let that deter you from seeking friendships with locals or other foreigners. It may take longer than it would with others of your own nationality, but having friends from all over the world is one of the richest parts of a life overseas.