The Importance Of Obtaining A Backup Residency 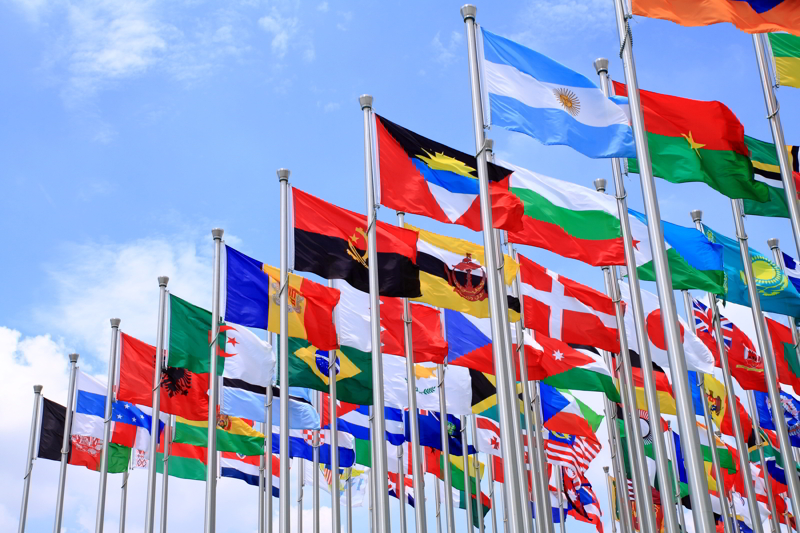 The Importance Of Obtaining A Backup Residency

Lessons Learned Standing In Line With 600 Other Desperate Folks…

It’s 8 a.m. It’s cold and windy, with flecks of rain pelting down in angry bursts. I’m glad I grabbed that extra layer before heading out.

I look at the line that snakes around the huge plaza I’m standing on. Nope, not mine. One small blessing for the day.

I find the line that leads to the door I know I need to walk through, and I shoulder and elbow my way through the crowd of people waving sheets of paper in the air.

A policewoman yells at us in French to respect the social distance. A few of us laugh.

I’m told to wait to the far left against the wall, that there are 600 others waiting with me, and the rooms inside are all full. There are several more dubious lines meant for others needing other things that day, but you can’t tell. It feels like anarchy.

The woman behind me is here for the same reason as me, but she’s either more rushed or just more pushy. She keeps asking, keeps trying to skip to the front whenever an officer comes out to let more people in.

It works. After 30 minutes in this throng, an officer comes out and calls us left-wallers forward. There’s a mad rush to the front, and the lady behind me manages to pull way ahead of me in the chaos. Once we’re

called up, I realize there was never a line against the wall; I was just one of the chumps who tried to follow rules that no one else cared about.

I peer around anxiously. Will I get in? Will I get to the front only to have them halt the flow? Will I be sent home and told to come back and do all this again tomorrow?

That’s what happened to Harry. He spent four hours in the freezing, early-morning rain, fighting for a spot among hundreds, but the window shut on him. They told him to come and try again tomorrow.

It feels like a dystopian movie. We’re all waiting to redeem paradise for a lottery ticket. We’re desperate, supplicating, completely at the mercy of the institution we’re kneeling at the feet of this morning.

What is this apocalyptic-feeling arena?

Just a few days ago, this was the scene that I found myself a part of as I completed the final step in the residency process: picking up my official new ID.

What I describe above was only the first line of many. Once we were let through the gate that held back the horde, we were put into neatly-ordered (still outdoor) lines. From there, we waited another 30 to 60 minutes to get inside. After a brief walk through a heated building, you find the next outdoor line to wait in. Another 30 to 60 minutes later, you get a ticket number and wait for it to be called. Once called, you collect your ID and head home.

And remember, this is only the final step in what has been a months-long process.

I’ve been in France for just about two years now, but this is the first French ID I’ve ever had, and it feels like it should be plated in gold.

I also feel like we got in right under the wire. Harry and I both managed to secure French IDs within days of Paris shutting down again. We’re now under full lockdown and all business has come to a grinding halt. I’m doubtful government services will continue… and if they do, it’ll likely be at something closer to half speed.

We say this so often, but it’s never been more true: Everyone must have a Plan B. In this COVID-19 era, it’s more important than ever that you know you have more options than one. Travel opportunities change daily right now.

We’ve often said over the years that having a backup residency is a handy thing to pull out of your back pocket. Home is a place that has to let you in when you knock. And, if you’re a resident of a country, it’s your home—they’ve got to let you in.

Americans aren’t allowed into many places in the world right now, but an American with residency in another country must be allowed into their country of residence despite their nationality or point of origin. If I were to leave the country right now, I’d have no doubt that France would let me back across the border now that I have a carte de séjour. I didn’t leave the country all summer, though, because I was afraid that, without proof of residency in France, they might not let me back in due to COVID-19 measures.

Keep in mind that you don’t necessarily need to live in a place to get residency there. I’m a French resident, as I’ve said, but I’ve also never given up my Panamanian residency. It’s the ideal backup residency, because once I got it, I never had to worry much about losing its status. I have to go back to Panama once every couple years to maintain compliancy, but that’s it.

For me, working in a trip to Panama every year is not just easy and a nice excuse to spend some time in the tropics, it’s also inevitable. Because our business is based in Panama, I know I’ll always go back there, so having a backup residency in Panama is a no-brainer.

Where should you be thinking of establishing residency? I’ll introduce you to a handful of your top options next week…

But if you know this is something you’re truly serious about, I recommend you check out our Offshore Wealth Virtual Summit later this month. This annual event is all about protecting your freedom—from your wealth to your ability to move and stay in your preferred corner(s) of the world. Given the conditions we’re faced with this year, there’s never been a better year to join us…

When you register this week, you’ll save US$200 off your virtual seat.

Get all the details of what Lief Simon and his team of offshore gurus have in store for you here.