How To Deal With Homesickness After Moving Overseas 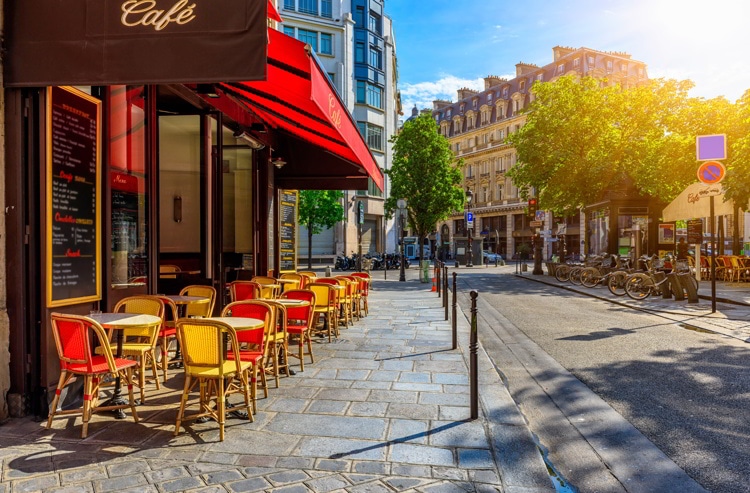 How To Deal With Homesickness After Moving Overseas

What Will You Miss From “Back Home”?

When asked by a friend on my recent trip back to the States (my first time back in over two years) about what I enjoyed most about being back, that was my response.

And, really, that’s it. That’s the extent of what I currently “miss” about being in America.

When I returned home to Paris and was asked by friends on this side of the pond if I was sad to come back and leave family and all the conveniences of the States, I could honestly say not at all.

What’s striking to me about the revelations I’ve had between these conversations is that there’s really, truly nothing that tempts me to want to live Stateside anymore.

I’ve never had any strong pulls back to the States, but now more than ever, I feel I have broken all ties. And my theory is that it’s because of the extended absence we were forced into, not returning since well before COVID hit.

Ordinarily, it always felt like we had a toe kept solidly on U.S. soil… my husband’s family and lifelong friends are all there, some of my family is still there, we always kept running shopping lists of what we’d buy in bulk to stock up on our annual visits, my grandmother received mail for us… no matter how far we went, it never felt like we were far from “back home.”

Of course, we still want to see our American loved ones regularly, but otherwise, the past two years forced us into more of a separation from the States. Not being able to go back and fill up a suitcase with our favorite over-the-counter remedies, the beloved food items, the affordable clothing, etc., we had to find alternatives.

For Halloween, we found a site (myamericanmarket.com) that sells fun American junk food and we ordered bags of peanut butter candies and other goodies that you can’t find overseas.

I started shopping once a month or so at Marks and Spencer’s, beloved British supermarket. While British and American foods are by no means similar, there is some overlap. There I bought gravy, horseradish, biscuits and scones, blocks of cheddar, British and Irish porters and ales, and ready-to-heat meals like pulled barbecue, pot roast, and brisket—things that the French simply don’t do.

I can’t count the number of conversations I’ve been a part of where one person laments not finding something they need and hearing “M&S has it, go to the one on Saint-Germain and you’ll find it.” The store has been a rock in a storm for many a new, homesick expat. It was announced last week that because of Brexit they’ll have to close pretty much all their locations in France, the few remaining are in airports and train stations. I can only hope that those keep their doors open…

For medicines, we found another site for emergency replenishing of random pharmaceuticals like Tums and Pepto-Bismol.

The French, as you might guess, aren’t big users of antiperspirants or deodorants, so I always brought back a few from the States. When I got to the end of my stash, I was forced to test out several local versions until I found a brand that I liked.

Amazon.fr was another lifesaver, allowing those far away to buy Christmas and birthday gifts for our daughter and have them shipped directly to us, sans duty.

Instead of shopping sprees for affordable new clothes in the States, we waited for sales here in Paris and made a point of shopping them. We opened up loyalty accounts in all the department stores and we make sure to use our privileges to full advantage. We also found some good online options for finding high-quality used items at steep discounts.

The point is, we adapted and found workarounds for all the biggest things we depended on from our usual visits.

When we went back this time, we indulged in the shopping, but it didn’t feel like the desperate free-for-all it had been. This time, I knew that if we didn’t get everything, it would be fine… we’d either find a local alternative or we’d live without it.

Ice I can and do live without, much to my constant disappointment. I used to carry around a huge cup of ice water everywhere I went, and I would still if it were available. When I order a cocktail at a bar here, it always feels too warm and badly proportioned because of the lack of ice. But if a lack of ice is the most of your worries in life, I’d say you’re doing pretty well.

On the other hand, I had never used elevators before—it was a point of pride to take the stairs and eschew escalators and lifts… unless I was in a high rise, I suppose. But since having my daughter, elevators have become one of the most defining things in my life—it sounds like an overstatement, but let me explain.

Whenever I leave the house, I have to search for the “wheelchair accessible” transport option. Every building I want to enter has to have either ramps or lifts for us to be able to a) go in, and b) move around within. Whenever I’m shopping inside a multi-story building, I have to debate whether it’s worth the trouble to go to the upper or lower floors. If I go to a museum or a historical site, I have to either ask for help or break my back carrying the stroller up little sets of stairs that most people probably don’t even notice.

Not being able to move on just your own two legs makes every tiny little movement seem like an outsized effort.

And in this milieu, the United States excels. I had never known how easily accessible the country is until I had to test it for myself. There’s, quite simply, no place you can’t go in the States if you’re in any way movement impaired. Elevators, ramps, and lifts are ubiquitous—even in Baltimore’s light rail (subway) stations, where I assumed I wouldn’t be able to go with a stroller, because elevators in Paris metro stations are very rare.

Likewise, I had never noticed how unfriendly Paris could be to those wheel-bound until I had to take a stroller everywhere I went. The metro is nearly impossible as a single person with a stroller, so that left me with buses. Luckily, the buses are 100% accessible, large, comfortable, and crisscross the city so thoroughly that it’s a viable option… but when it’s raining or cold, when there’s traffic or roadworks, when it’s rush hour and there’s no room for a stroller, when there’s announced a delay on the line… it would be nice to have more than one option.

One such option for me is Caocao, a recent innovation in Paris. The company brought in a fleet of London cabs with their wide-open interiors, and you can easily roll a stroller up into one without folding it up (meaning you also don’t need a car seat). While it’s a great option for parents—who probably make up 90% of their clientele for this reason—they aren’t necessarily a wheelchair option.

So… What Can You Take From These Musings?

For one, that there are always going to be things you miss from back home, but that you can adapt.

Two, that it will take time to get comfortable and to find all the odd places you can find all the odd creature comforts you want. Make friends, ask around, and put Google to work for you (both in English and in whatever the local language is).

Three, that if mobility is an issue for you, you should research this point—from your own experience, that is—thoroughly and in advance.

And finally, that if you’re having trouble acclimating to your new home, you may be too reliant on your old home. Everyone will need to deal with this issue differently, but if you’re comfortable with it, it could be a fun experiment to spend longer than you’re used to without a trip back and see how it goes. As expats, we often think we can straddle two locations or lifestyles and be happy in each… but that can be hard for some people who have more of an all-or-nothing mentality (as I do).