Retire To The Algarve For A Stable Climate Year-Round 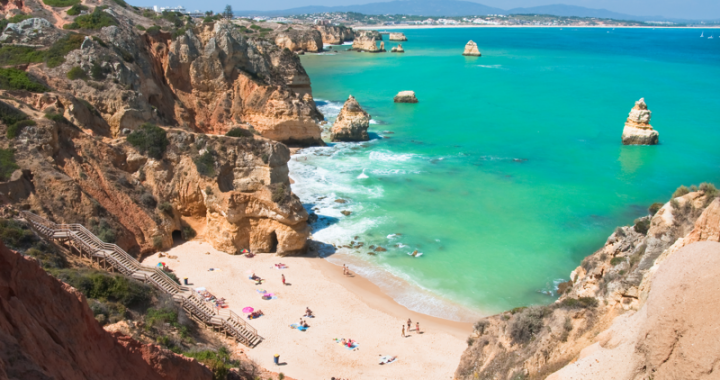 Retire To The Algarve For A Stable Climate Year-Round

Going Where The Weather Suits Your Clothes…

As much of the world settles into a winter chill this month, fireplaces crackle and mugs of warm drinks steam…

Personally, I’m enjoying my first autumn in eight years. Life in Panama, ever-hot and humid, didn’t allow for many of my favorite things in life—the smell of leaves on the ground, fresh snow on city streets, wearing hats and boots, and snuggling up indoors watching the cold world outside from behind a pane of glass.

I got used to life in the tropics… in fact, maybe a little too used to it. When Harry and I moved to Paris last December, the cold hit us like a brick wall. For nearly a decade, our bodies hadn’t been in cold for more than a couple weeks at the most. We simply couldn’t adjust to winter.

It’s odd, though, the things you forget about… I still can’t get over how short winter days are. Panama daylight lasts a consistent 12 hours no matter the time of year.

I hadn’t had to work out in the cold in so long. I had nothing but shorts and t-shirts to wear. Suddenly it was out with my long johns and thermal shirts that were previously only dug up and unpacked once every couple of years for a ski trip. These now-well-used items became my go-to dog-walking and workout apparel. When it came to the actual working out, I kept thinking I must be doing something wrong—where was all the sweat?

Running out to the store for a quick something-or-other or taking the dog out required so much gearing up that it seemed a huge investment to leave the house last winter. We became good at multitasking trips out of the house. And, if it wasn’t a necessity, we did without until the next foray into the blistering cold. Our poor Panama-born-and-raised Doberman was on board with the plan, too. She was just as reluctant as us to step out of doors—perhaps more so (despite the sweaters I dressed her in).

I’ll admit, on a few late nights or early mornings when I knew she couldn’t wait—but I couldn’t bear the thought of redressing into real clothes—I took a few trips out bundled in my fleece pajamas with tall boots and a long coat. On dark streets, I was sure no one could tell… and if Parisians were snickering behind their hands as I passed, I was willing to abide the shame!

But, again, I’m enjoying the change of seasons since we’ve moved. Overall, I missed this variety in life while in Panama, as did Harry. Some people relish change, but I know others love climate consistency just as much as I enjoy its unpredictability here in Paris.

But that doesn’t mean Panama-level heat is the only option. If you love humidity and equatorial sun rays, there is no shortage of places to check out. But if you’re looking for a more temperate climate, as I know many are, the choices can seem more limited.

There are mountain locations that offer temperate climes, but some folks can’t take living at an altitude be it for health reasons or personal preference. And, let’s be honest, most people dream of living near the ocean, which typically means living at sea level.

So where on Earth can you find comfortable year-round temperatures by the seaside?

One sure bet is Portugal. Thanks to its position on the Atlantic, it never gets too hot or too cold. There’s a bit of temperature variation throughout the year, but it’s never dramatic. You might have cause to pull out a scarf and jacket, especially the farther north you go, but most expats say they get by without any climate control throughout the year—another plus, no heating or cooling to up your electricity bill!

Portugal’s Algarve region in particular is a unique bit of European geography at the southwestern corner of the Continent. It’s protected from winter by the movement of the ocean in the Gulf Stream, and so has the best climate in Europe… with more sunny days than any other country in this part of the world and steady winds that mean the region is never unbearably hot and rarely humid.

This region enjoys one of the most stable climates in the world and 3,300 hours of sunshine per year. As a result, the Algarve has a long-standing reputation as a top summer destination among European sun-seekers and a top winter retreat for those looking to escape Northern Europe’s coldest months.

The Algarve has no bad weather months, but it does have a winter… January and February can be cold enough that you’ll want a coat.

The best months are typically September and October, when the summer crowds have gone but the weather and sea temperature are still ideal.

Temperatures range between about 60°F and 90°F with humidity hovering around 80%. You won’t see any snow here, but you will get some rain—about 21 inches over the course of the year.

And while there’s a chance of earthquakes, there hasn’t been a serious one here in nearly 300 years… Really, there’s little risk of natural disasters. The country can be prone to flooding and forest fires in parts, but they’re usually nothing to be too concerned about.

We’ll be heading to Portugal in April next year… and as I sit in my apartment looking ahead at next year’s calendar, with slippers on my feet and bundled in layers, springtime in Portugal sure does sound appealing…

If you’d like to join us in the Algarve next spring, the good news is that registration for our 2020 Live and Invest in Portugal Conference, taking in place in Carvoeiro, April 15–17, is now open.

Better still—it’s only open for you. We won’t announce the event to the full readership until next week. So, you’ve got first dibs on our coveted complimentary VIP packages (just 40 available).

Full details on the event are here. Be sure to use your exclusive reader Coupon Code PORTCONFIDENTIAL to save an extra US$50 on your sojourn in the springtime sun…